CNN’s Brian Stelter getting panned for interview with Jen Psaki, the New York Times being criticized for ‘biased’ tweet against Joe Manchin, and Peter Daszak getting cited by media fact-checkers and Facebook round out today’s top media headlines.

Journalist Glenn Greenwald joined “Media Buzz” on Sunday to sound off on the media who “pretended to have scientific knowledge” on the origins of coronavirus, but who he says intentionally dismissed the Wuhan lab leak theory to keep “telling American liberals what they want to hear.”

Numerous media outlets are under fire for a 180 on the notion that the virus potentially escaped from the Wuhan Institute of Virology last month, after initially declaring it a far-fetched conspiracy theory.

“I think this is an extraordinary media debacle – probably one of the worst aside from Russiagate – over the last say five or six years,” Greenwald said on Sunday.

Had there been concrete scientific data that showed the virus jumped from animals to humans and there was evidence showing that it was unlikely that it leaked from a lab, Greenwald said he could give media the benefit of the doubt because they were simply “reflecting the reality at the time and nobody could have known any different.” However, he continued, “that’s absolutely not the case here.”

Greenwald recalled that there were “smart people on Twitter” in 2020 saying there’s “no certainty” about whether the virus came from animals or a lab. But the media “treated it as a conspiracy theory to the point where you should be kicked off social media.”

Nothing has changed, Greenwald observed, “except for the fact that Donald Trump is no longer president.” 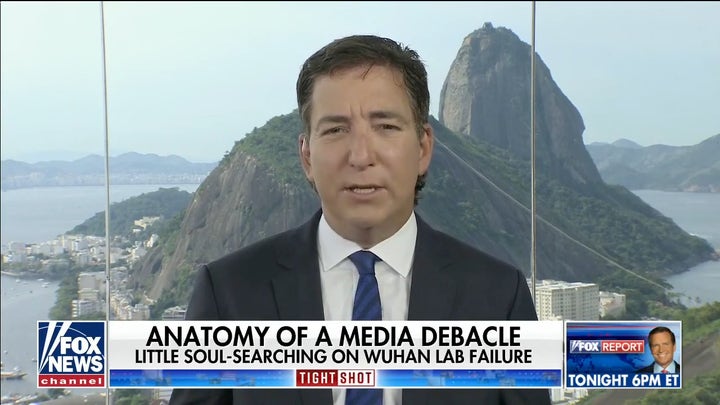 “Journalists so often judge things not by what is true or not true but by what is politically beneficial to the partisan audience that they’re serving,” he said.

Greenwald mused that the likes of CNN and MSNBC decided that “their profit models depends on telling American liberals what they want to hear, regardless of whether or not it’s true.”

“And American liberals didn’t want to hear that maybe Trump was right about the origins of this virus, and so they just pretended they had scientific knowledge that that theory was a conspiracy theory,” he added.

There were exceptions, the journalist noted, such as Washington Post columnist Josh Rogin, who has ripped the media for failing to admit their mistakes. Some reporters have even acknowledged the theory’s Republican voices last year played a role in their dismissal of it.

“Most MSM [mainstream media] reporters didn’t ‘ignore’ the lab leak theory, they actively crapped all over it for over a year while pretending to be objective out of a toxic mix of confirmation bias, source bias (their scientist sources lied to them), group think, TDS [Trump Derangement Syndrome] and general incompetence,” Rogin tweeted last month.

“This conflation of evidentiary and ideological questions is for me the No. 1 cause of how journalism is being corrupted,” Greenwald said.

Experts are calling for a deeper probe into the pandemic’s origins, noting the Wuhan Institute of Virology’s experiments on bat coronaviruses, prior red flags being raised about the riskiness of the experiments there, and the Chinese government’s continued deceit and suspicious behavior when asked for critical documents and information by investigators.

A recent report that three researchers at the Wuhan lab were ill with COVID-like symptoms in November 2019 has also stoked renewed interest in the theory.