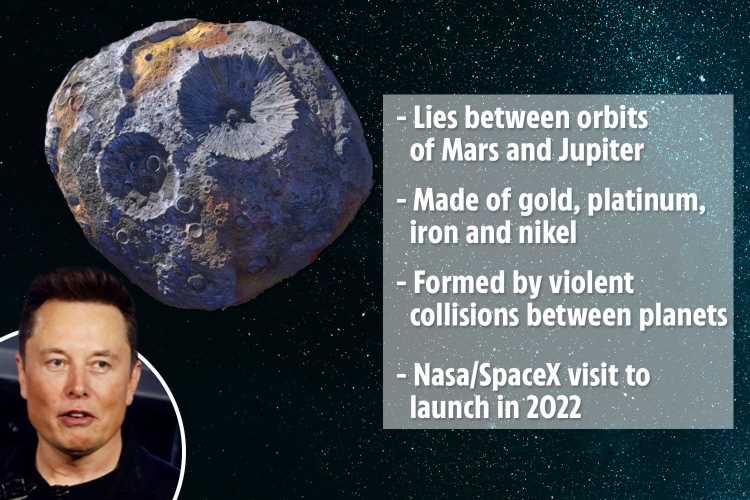 NASA has roped in billionaire Elon Musk to help it probe a nearby asteroid that contains enough gold to make everyone on Earth a billionaire.

Musk's rocket-building outfit SpaceX will join forces with the space agency to fire an uncrewed spacecraft to the solid metal blob 16 Psyche as early as 2022. 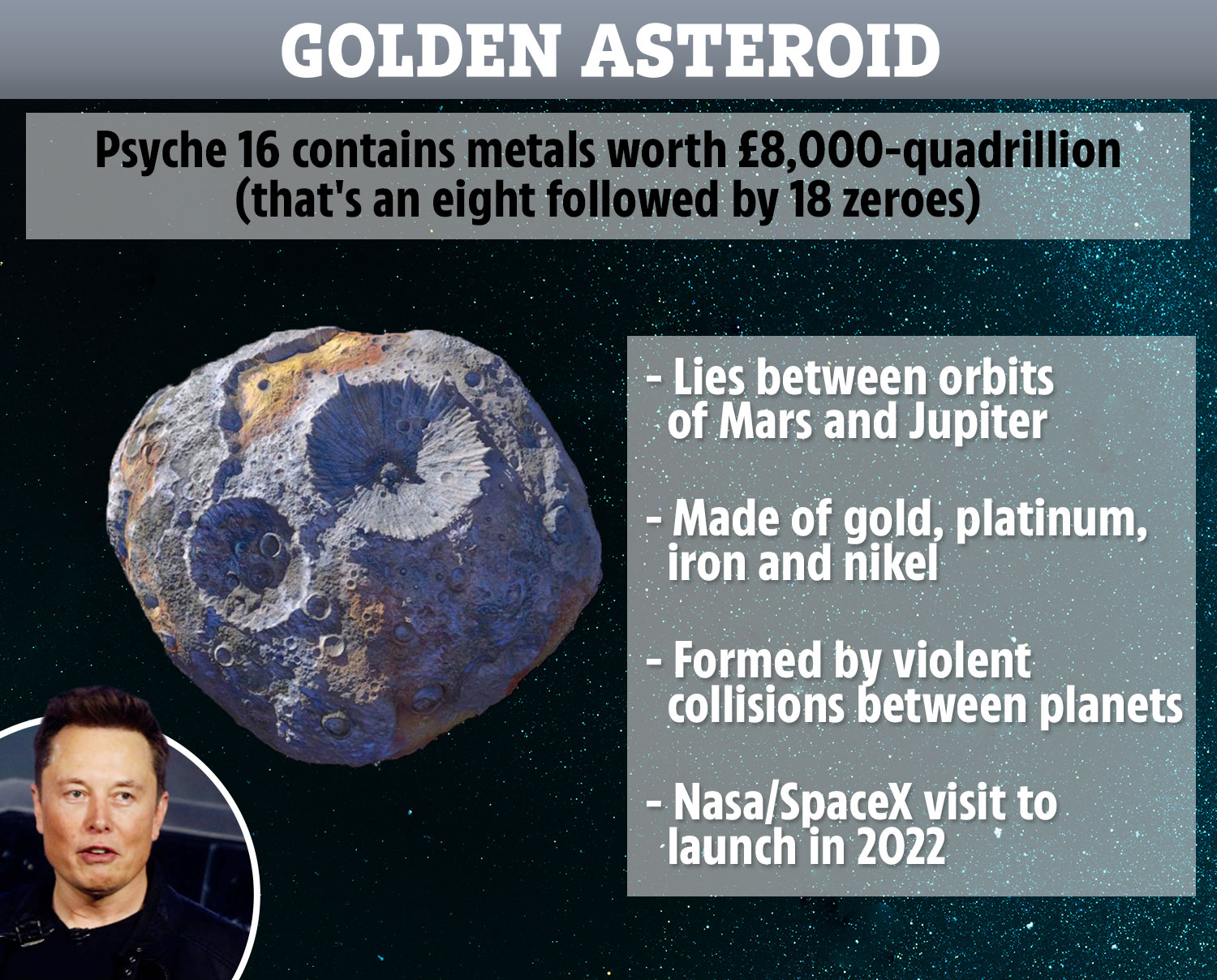 "The Psyche mission will journey to a unique metal-rich asteroid, also named Psyche, which orbits the Sun between Mars and Jupiter," Nasa said in a statement.

"The asteroid is considered unique, as it appears to largely be made of the exposed nickel-iron core of an early planet – one of the building blocks of our solar system."

Psyche, which is 120 miles wide, is loaded with heaps of platinum, iron and nikel.

In total, it's estimated that the object's various metals are worth a mind-boggling £8,000-quadrillion (that's an eight followed by 18 zeroes). 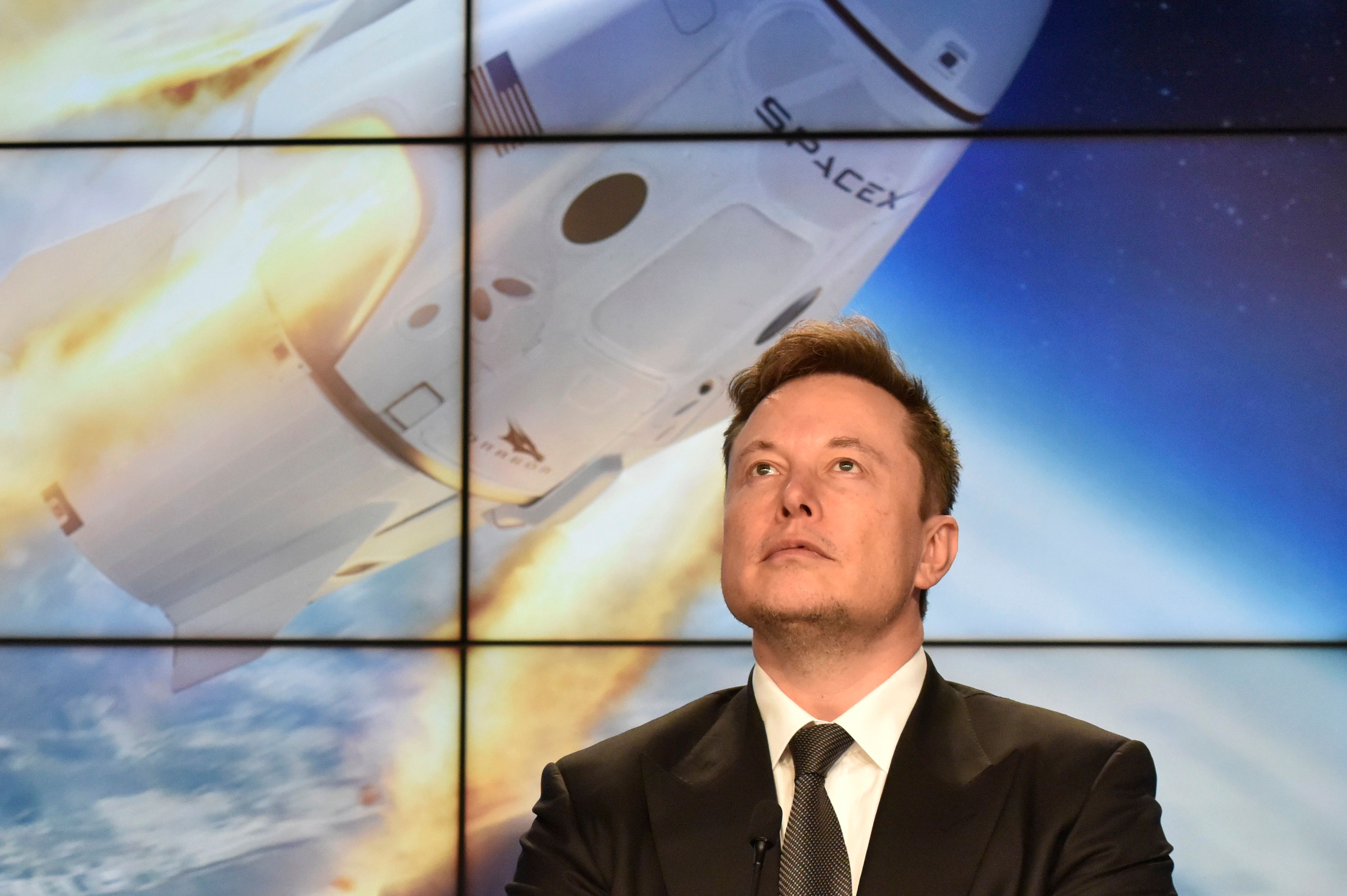 That means if we carried it back to Earth, it would destroy commodity prices and cause the world's economy – worth £59.5trillion – to collapse.

If all goes well, a Nasa/SpaceX mission to the asteroid will launch in summer 2022 from Cape Canaveral.

Fortunately, the space agency is taking the trip for scientific purposes and isn't planning on conducting any mining.

Instead, the Psyche probe will be loaded with equipment to examine the probe's composition.

What do we know about quadrillion pound asteroid Psyche?

Nasa reckons 16 Psyche is a survivor of violent hit-and-run collisions between planets which were common when the solar system was forming.

That means it could tell us how Earth’s core and the cores of the other terrestrial planets were formed.

It's hoped the probe will arrive at the hunk of metal in 2026.

We've known about Psyche for a while, but its potential to wreak havoc on Earth's economy was recently touched upon by a veteran miner. 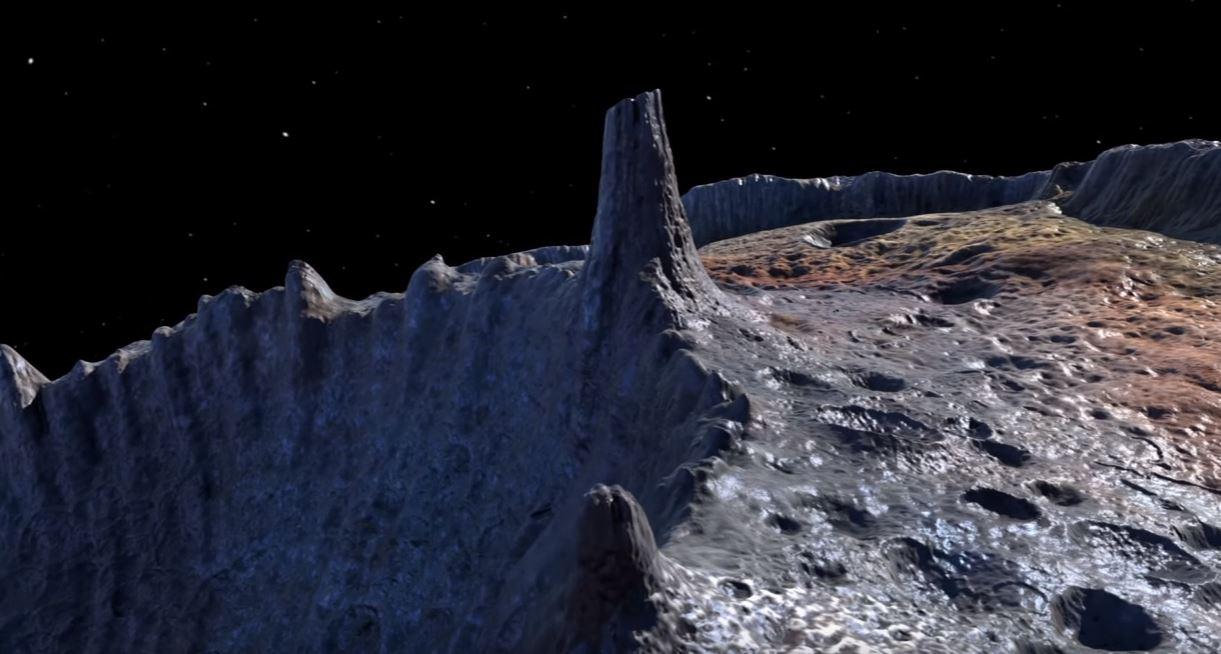 Scott Moore, who heads up EuroSun Mining, said the sheer amount of gold in the asteroid threatens to throw the gold industry into chaos.

"The 'Titans of Gold' now control hundreds of the best-producing properties around the world," he told Oil Price.

"But the four to five million ounces of gold they bring to the market every year pales in comparison to the conquests available in space."

Two space mining companies – backed by big-name investors – are gearing up for a gold rush after asteroid ownership was made legal in 2015.

Deep Space Industries and Planetary Resources each have their eyes on the 2011 UW158 asteroid which is twice the size of the Tower of London and worth up to £4.5trillion. 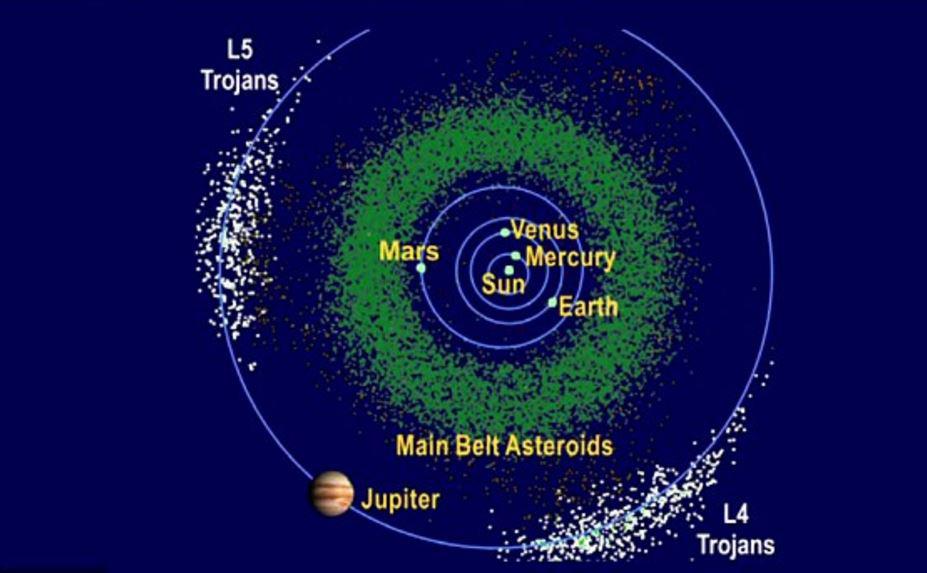 In other news, an asteroid nine times the size of the Empire State Building will skim past Earth next month.

It recently emerged that an asteroid obliterated early human civilisations in a catastrophic collision with Earth 13,000 years ago.

And, scientists have discovered a "Super-Earth" 31 light-years away that humans could one day colonise.

What do you think Nasa will find on Psyche? Let us know in the comments!