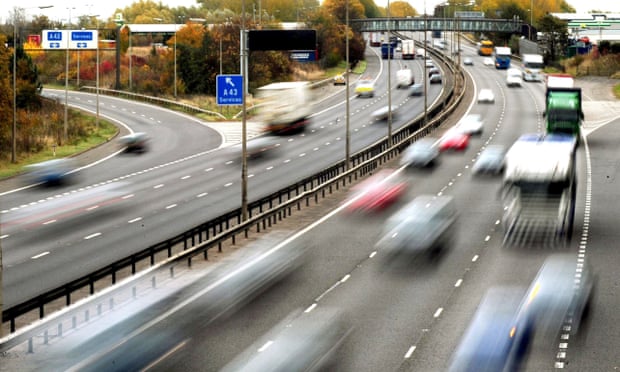 An 18-point plan to tackle the safety of smart motorways has been announced by the UK government, including abolishing “dynamic” hard shoulders, speeding up detection technology for stopped vehicles and building more emergency refuge areas.

The transport secretary, Grant Shapps, paid tribute to victims of traffic collisions and campaigners for safer roads as he announced moves to “raise the bar” on motorway safety.

He said: “What the evidence shows is that, in most ways, smart motorways are as safe as, or safer than, the conventional ones. But not in every way.”

Shapps said dynamic hard shoulders were confusing. Such motorways, on which the hard shoulder operates only part-time and is a live running lane the rest of the time, will be converted to all-lane running – with refuge areas instead of a hard shoulder – by 2025.

Motoring organisations said the moves were a “victory for common sense and safety”.

A review was launched by the Department for Transport after revelations that there had been a spike in near-misses on converted sections of the M25, compared with conventional motorways.

A former transport minister who signed off the policy to build more smart motorways also called for their rollout to be halted, saying commitments on safety had been ignored. Mike Penning cited “harrowing” evidence from the deaths of drivers who had broken down in live traffic and were killed in crashes while awaiting help.

At least 38 people have died on stretches of smart motorways in the past five years, and motoring organisations believe a number of those deaths were avoidable.

Shapps defended the role of smart motorways in helping the road network cope with a 23% rise in traffic since 2000. He said: “They save motorists thousands of hours sitting in jams. They reduce the disruption and environmental destruction which would otherwise be needed to widen our busiest roads.”

The AA, which had long campaigned to change smart motorway design, welcomed the move. Edmund King, its president, said: “The measures announced by the transport secretary are a victory for common sense and safety. The fact that 38% of breakdowns happen in live lanes on smart motorways means drivers have been at risk. Tragically, people have lost their lives, and in some cases coroners have indicated this could have been avoided.

“No driver wants to be stuck in a live lane with nowhere to go; at best it is incredibly distressing, at worst it can be fatal. We believe the intention to place emergency refuge areas at every three-quarters of a mile is a great outcome and what we have called for over the last decade.”

But the RAC gave a mixed reaction, describing the end of dynamic hard shoulders as a “red herring”, given that such systems represented a fraction of the network.

Its head of roads policy, Nicholas Lyes, said: “Two-thirds of drivers tell us they believe permanently removing the hard shoulder compromises safety in the event of a breakdown.

“While it is welcome that the government has listened to their concerns and undertaken this review, it remains to be seen whether these measures go far enough to protect drivers who are unfortunate enough to break down in live lanes.”