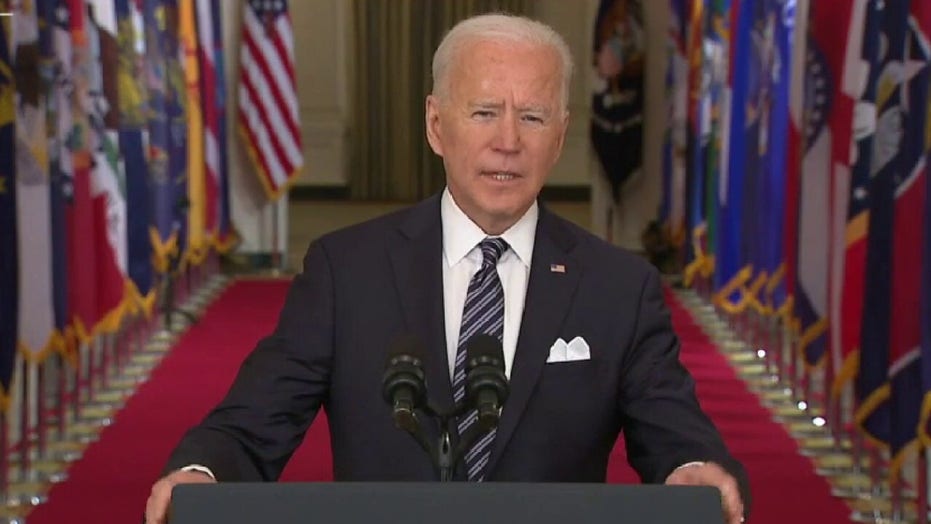 Fox News host Sean Hannity urged President Biden Thursday to call former President Donald Trump and thank him for all that he did to fight the coronavirus pandemic.

Following Biden’s address to the nation marking the anniversary of the government response to the pandemic, the “Hannity” host accused the president of trying “to take credit for everything that Donald Trump did on COVID-19.”

Hannity noted that when Biden entered office, three vaccines had been developed due to the work of Operation Warp Speed under Trump’s watch.

“There were already a million vaccines being administered into peoples’ arms every single day when Biden was sworn in, 36 million doses had already been distributed,” he continued.

Despite the Trump administration’s efforts to combat the virus, Biden made no mention of his predecessor’s accomplishments in his address to the nation Thursday night.

“There you have it,” said Hannity, “Joe Biden, unity president that he is, taking credit for someone else’s work.”

“Joe, you want unity? Why don’t you just thank Donald Trump? You want us all to get along, you say. No Trump, no vaccine, Joe. Stop trying to take credit for something, frankly, you had nothing to do with. Nothing.”

Hannity credited the president for staying up past his reported bedtime, but warned: “Biden’s ability to remain lucid tonight, for 20 long minutes, shouldn’t be cause for celebration … The Biden administration knows that the biggest liability of Joe Biden, is Joe Biden himself.”

The Fox News host predicted that when Biden does hold a press conference, it will be a controlled environment, much like it was while he was on the campaign trail with aides “pre-selecting a handful of pro-Biden reporters.”

Hannity then rounded on the mainstream media for their unwillingness to ask tough questions.

“The mob cannot be bothered to do their jobs,” he said, “They’re actively, willingly, putting their heads in the sand. That would be NBC, ABC, CBS, MSDNC, fake news CNN. Do any of you guys have any news divisions at all? Do you have journalists working for you or not?”

The monologue concluded with a montage of liberal media hosts casting doubt on  Trump’s aspiration to rapidly develop a coronavirus vaccine in the early months of the outbreak last year.

“There will be no retractions, no apologies, they will never correct the record,” Hannity said.

“Instead, they will continue to act as cheerleaders for the radical Democratic socialist party and whoever’s running the show at the White House.”