In 2020, the digital-only influencer made $82,361 from a digital-only piece of artwork. And that was just the beginning.

Non-fungible tokens, or NFTs, have had a huge spike in popularity due to recent high-profile sales, like 3LAU selling 33 NFTs for over $11.6 million and Grimes making $5.8 million from her digital collection. But many are insisting that NFTs aren’t just a fad — it’s technology that’s going to change the world.

“This is a new way to live off your creativity and have ownership of someone’s work,” Alex Masmej, cofounder of NFT platform Showtime, told Insider.

NFTs are digital collectibles stored using blockchain technology. Similarly to Bitcoin, NFTs cannot be destroyed or duplicated. While the latest NFT trend has been focused on digital artwork, NFTs can be a variety of things, like digital sports cards, albums, or virtual real estate. Since every NFT is unique, they’re often treated like collectibles.

NBA Top Shot, for example, created NFT sports cards in the form of “moments” that you purchase. The platform reportedly has over 350,000 registered users.

As Masmej put it, NFTs are “the simplest use-case of blockchain from a consumer perspective to date.”

VCs are certainly paying attention. NFT-related startups are getting major investments to try and transform the art industry. Here are the venture-backed NFT startups to look out for: 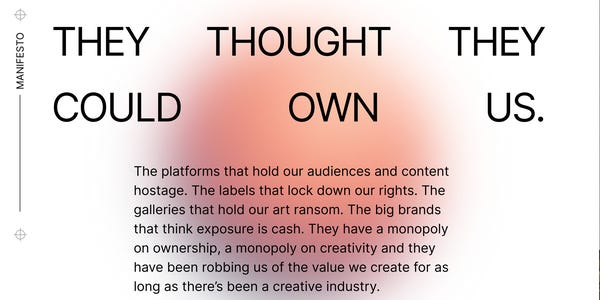 “Zora wants to help creators and communities of all shapes and sizes be their own marketplaces, galleries, and platforms,” Goens told Insider.

Zora, founded in May 2020, is a public infrastructure for people to “mint” — which means create — and sell their own NFTs. Goens says creating and listing an NFT on Zora is as easy as posting on Instagram.

Unlike some NFT marketplaces, Zora doesn’t take a listing fee or commission, so it’s free to list your NFT. Artists who sell on Zora also get a cut of secondary transactions. For example, if they sell their NFT today for $100, and tomorrow someone resells it for $1,000,000, the artist will receive a portion of those profits.

Zora raised a $2 million seed round in October 2020 led by Kindred Ventures, according to Crunchbase. Trevor McFedries, the creator of Lil Miquela, was one of Zora’s investors. 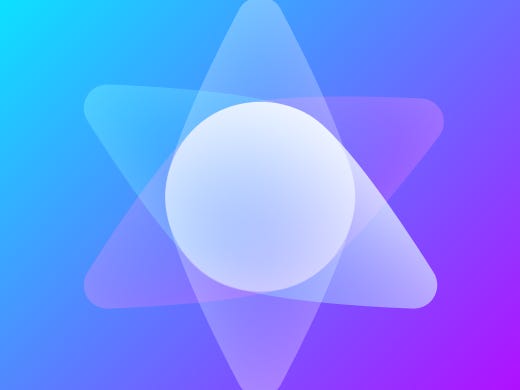 What’s the point of owning fancy art if not to show it off? It was only a matter of time before NFTs went social.

“NFT are social, they’re more than just an asset,” founder and CEO Masmej said. “This is what we’re trying to achieve at Showtime.”

Masmej says they had about 5,000 users in the first month of their alpha release. Although Showtime was only founded two months ago, Masmej has lofty ambitions for the future.

“We’re looking to create new financial incentives for fans to engage with their favorite artists,” he said. “Our goal is to make the creator economy not simply altruistic (where fans donate to creators), but a true investment in creators that could pay off if they grow big.”

Showtime has already raised $515,000 in their pre-seed round led by crypto venture fund Dragonfly Capital. The round attracted big names in the crypto world, including Meltem Demirors, chief strategy officer at  CoinShares, and Balaji Srinivasan, chief technology officer at Coinbase. 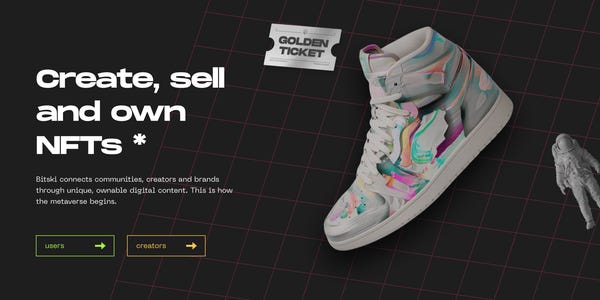 “This is how the metaverse begins.”

That’s how Bitski’s website welcomes you to their platform, by ushering you into a shared virtual universe. Bitski’s goal from the start has been to swing open the door to this elusive “metaverse” and let the general public walk right in.

Bitski is an NFT marketplace that allows users to skip over the complicated process of creating crypto wallets and instead sign up with just a bank account. Bitski features a single-sign on wallet and allows customers to purchase NFTs with credit cards.

Creating an NFT on Bitski is just as easy.

“You simply fill out a form to create an NFT, and click publish to sell,” Bitski CEO Donnie Dinch said.

The platform significantly lowers the barriers to entry into the crypto world — a crucial step in getting the public on board with blockchain technology. The platform already has almost 100,000 users, according to Dinch.

Bitski raised about $4.3 million over two seed rounds and a venture round, according to Crunchbase. The most recent fundraising round was in July 2020 and counted Galaxy Interactive and Winklevoss Capital as investors. 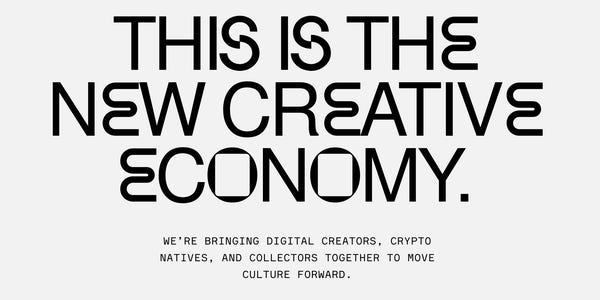 Foundation is an NFT marketplace that’s facilitated some of the buzziest digital art sales to date. It recently made headlines when a Nyan Cat GIF was sold for around $500,000 on the platform.

Cofounder and CEO Kayvon Tehranian said on the Clubhouse talk show, “The Good Times Show,” that Foundation creates a more intimate connection between artists and their fans.

“We have all of these incredible artworks that have always lived on the internet and that we’ve given millions of likes to,” Tehranian said. “But there is now an opportunity for a fan — a true, true, true fan — to come in there and actually own that artwork. And I think that that just creates a totally different relationship between the collector, the artist, and the artwork.”

While Foundation offers similar services to other NFTs markets like Zora, Saneel Sreeni, an investor at Contrary Capital, told Insider that the platform has done a “fantastic” job curating artists. He describes using Foundation as a “very modern art experience.”

Foundation raised $2 million in seed funding from Designer Fund and other undisclosed investors in March 2020, according to Pitchbook.