Here's who gets rich when Airbnb goes public

Airbnb has dropped the paperwork for its initial public offering, and it's ripe with juicy details that a startup doesn't have to disclose but a public company does, such as which investors own the largest stakes.

As is typical these days, Airbnb is using a two-tier structure where it sells Class A shares to the public, with each of those shares offering one vote per share; and it has Class B shares — which are owned only by its founders, execs and key investors — that come with 20 votes per share.

The company has also set aside more than 9 million shares of a third class of shares, Class H, for an endowment fund that benefits hosts. These shares have no voting rights and can be converted at any time into a share of Class A stock.

Airbnb hasn't revealed the price it plans to sell shares on the public markets. So it's not possible to know how much each person's stake is worth at this time. Still, in October, the company told some of its shareholders in an email that they will receive two shares for every one they own, Bloomberg reported. Following the so-called stock split, common shares were worth $34.88 each.

So, just for fun, we calculated the total value of each major shareholder's stake by pricing all of their shares, no matter their class, at $34.88.

This does not indicate the shareholder's profit after buying their shares. Investors who took a chance on Airbnb at the seed stage bought in at $0.01 a share, according to the filing, while late-stage investors paid as much as $52.50 per share before each of those shares was split into two shares.

It's also worth noting that Airbnb has many more private investors who are not listed in the S-1 filing. Some of them have already cashed out and done well. Insiders sold $75 million of Airbnb stock in so-called secondary transactions, where shareholders sell their stock directly to other private investors, according to PitchBook, a database that tracks the private markets.

Here are the people who can cash out huge paydays when Airbnb goes public. 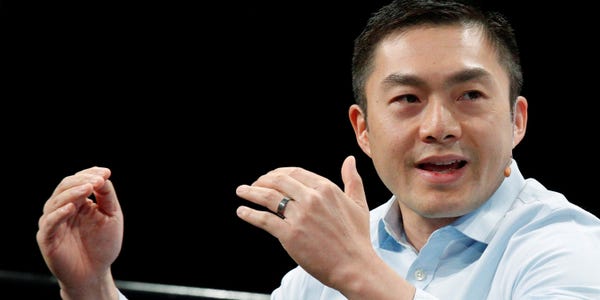 Alfred Lin, a partner at Sequoia Capital, was initially a skeptic. He thought a startup that asked people to open their homes to complete strangers "was a crazy idea," he told Fortune in 2019.

It was Brian Chesky's "ability to tell stories" that won him over, he said. The startup founder could describe the arc of the business, "while many people in the entrepreneur space only talk about the vision." He also appreciated that Chesky understood the obstacles ahead.

Sequoia Capital led Airbnb's seed round in 2009, writing a check for $585,000, according to a report in the New York Times. The VC firm has participated in every funding round since and is now its largest shareholder. 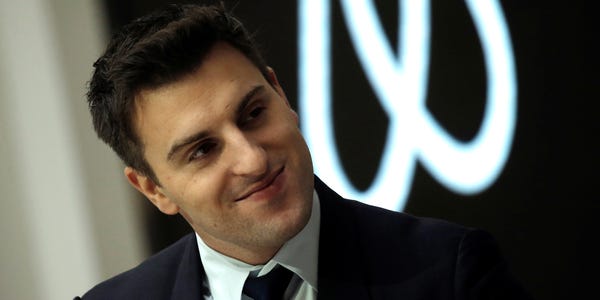 Brian Chesky is a cofounder of Airbnb, chief executive, and its first host.

He writes that in 2007, he and cofounder Joe Gebbia opened their "slightly messy" apartment in San Francisco to guests who paid $80 to sleep on air mattresses. A startup was born. 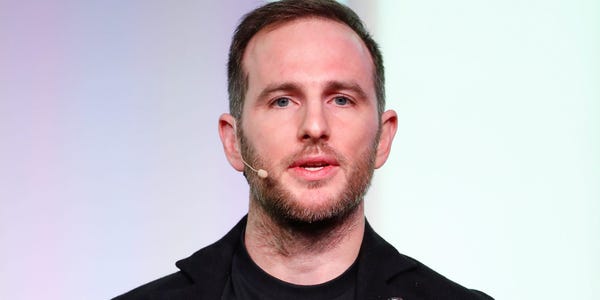 Airbnb has come a long way from the days when cofounder Joe Gebbia would go door-to-door to hosts in Brooklyn and New York to take photos of their homes for the company website.

Today, Gebbia heads up an in-house design studio, Samara, to develop new products and services for Airbnb. In 2018, it was said to go into home design and construction.

And while the company's IPO will increase his wealth, Gebbia, like his cofounders, has agreed to give away most of his money. In 2016, the three Airbnb cofounders signed the Giving Pledge, in which the ultrawealthy commit to donating the vast majority of their net worth over time. 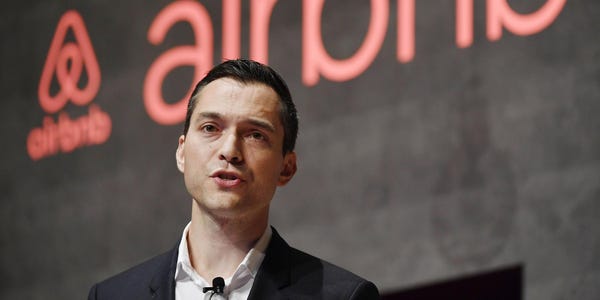 Nathan Blecharczyk came on board at Airbnb when it was just Chesky and Gebbia hosting out of their apartment in San Francisco, trying to earn some extra cash in order to pay rent.

And while his cofounders were both designers, Blecharczyk was a Harvard-educated computer engineer, which would prove useful in building a tech company. Later, Blecharczyk was responsible for creating Airbnb's engineering, data science, and performance marketing teams. 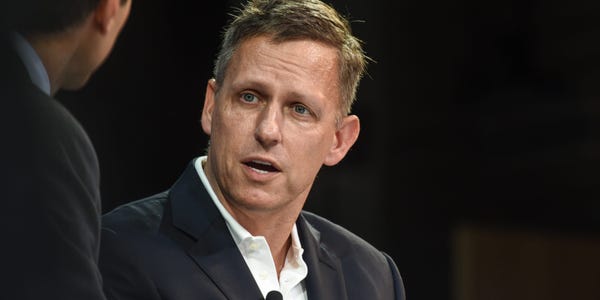 Founders Fund wrote its first check into Airbnb in 2013, after a period of rocket-ship growth at the startup. Partner Brian Singerman said he was impressed by one area in particular.

"We had never seen an international network effect like they had," Singerman told The New York Times in 2019. He remembered that Brian Chesky also had a sixth sense around what his customers wanted from the home-rental service and "kind of wills things into existence." 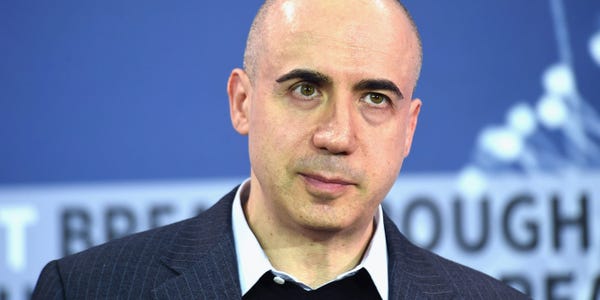 Airbnb rounds out a glittering portfolio of more than 30 top companies for Russian billionaire investor Yuri Milner, a former banker who opened his own venture shop, DST Global, in 2009.

The firm invested in the Series B round in 2011 that gave Airbnb its unicorn status with a valuation of around $1 billion. There is no record of it participating in later financings.

"Airbnb, with its strong management team and engaged worldwide community is on a path to become a transformational company," Milner said in a press release at the time. 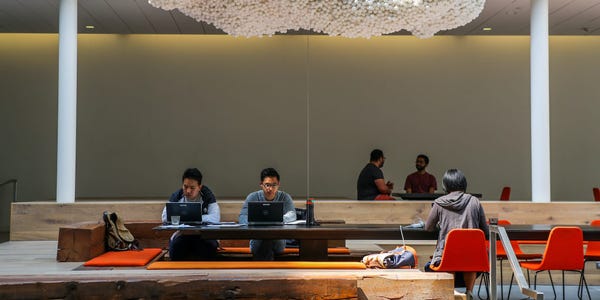 In April, around the time Airbnb hit a tailspin from worldwide coronavirus lockdowns, private equity firms Silver Lake and Sixth Street Partners agreed to invest $1 billion in Airbnb in a combination of debt and equity securities. The deal provided a lifeline to the travel business.

"While the current environment is clearly a difficult one for the hospitality industry, the desire to travel and have authentic experiences is fundamental and enduring," Silver Lake co-CEO Egon Durban said in a statement at the time. He added that Airbnb's business "is particularly well suited to prosper as the world inevitably recovers and we all get back out to experience it."

Silver Lake and Sixth Street were offered warrants that can convert into shares of Airbnb based on a valuation of $18 billion, according to an April report in the The Wall Street Journal.

Belinda Johnson, former COO and board member of Airbnb: $88 million+ 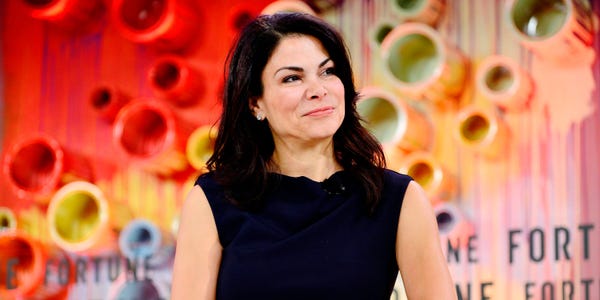 Belinda Johnson joined Airbnb in 2011 as a top lawyer, was promoted to COO in early 2018, and announced her resignation from her executive role only a year later in 2019. Her last day was in March, but she's still involved with the company as a newly installed board member.

She came to Airbnb from a career at Yahoo and is also on the board of PayPal Holdings.

In May, Johnson sold 466,824 shares of her Airbnb stock for $27.4 million, so she's already done well. This was before the stock split, so those shares were valued at $58.72 each, Airbnb disclosed.

When she quit, she forfeited some of her stock and options that hadn't vested. However, she was offered a new tranche of stock in her board position, so still has a sizable stake. 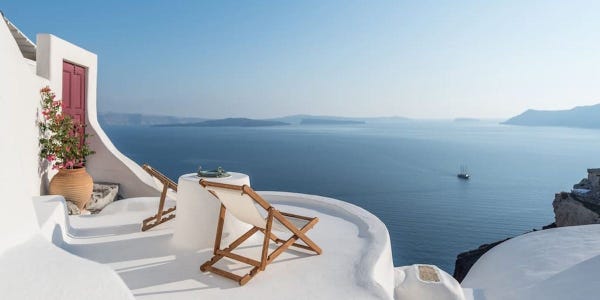 In 2017, after Jonathan Poulin sold his startup specializing in high-end retreats to Airbnb for $300 million, the Montreal entrepreneur joined the company to spin up a luxury division. 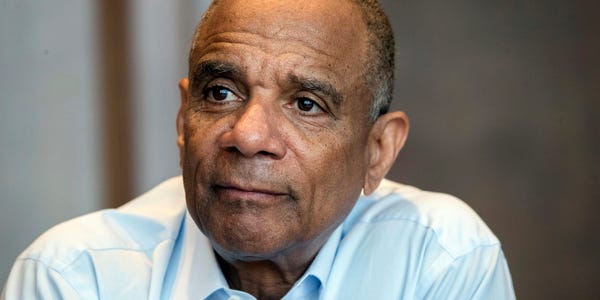 Kenneth Chenault, former CEO of American Express, joined Airbnb as its first independent board member in 2018, just as he was stepping down from the financial services giant.

"Airbnb is built on trust. As the CEO of American Express, Ken has built one of the most successful trust-based companies in the world," Brian Chesky wrote at the time.

The company didn't disclose how many shares he owns from his years of service, but it did say that he has options to buy 1,526,160 Class B shares that he can exercise before November 29. 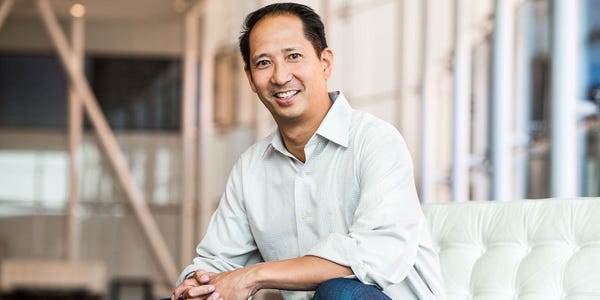 One of Accel's portfolio companies, HotelTonight, sold to Airbnb in 2019 for a reported $400 million or more. The VC firm had a sizable stake after leading its seed round back in 2011.

The founders of HotelTonight, like the creators of Airbnb, "took an industry and flipped it on its head," Andrew Braccia, a partner at Accel, wrote at the time of the acquisition.

It seems as part of the deal, Accel converted its shares of HotelTonight into a stake in Airbnb. 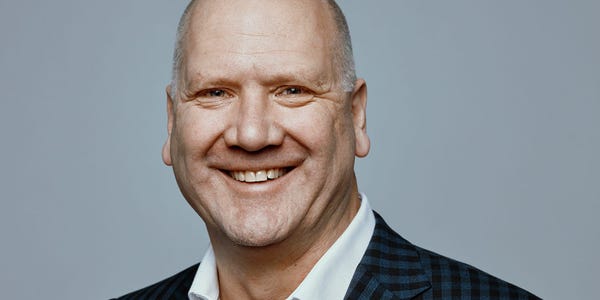 Greg Greeley, the former head of Amazon Prime, came to Airbnb in 2018 to run its home-rental business, the crown jewel of the company's offerings. He left as part of an executive shakeup this year and is now working as an advisor at early-stage VC firm Tapas Capital.

The company didn't disclose how many shares he owns from his years of service, but it did say that he has options to buy 277,776 Class B shares that he can exercise before November 29. 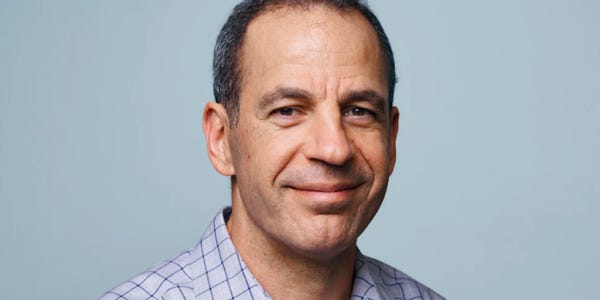 Airbnb's tech boss Aristotle "Ari" Balogh joined the company in 2018 from Google, where he was a vice president of engineering and worked on the infrastructure behind Search.

Before Google, Balogh was at Yahoo leading a product and engineering team of 8,000 people.

The company didn't disclose how many shares he owns from his years of service, but it did say that he has options to buy 152,496 Class B shares that he can exercise before November 29. 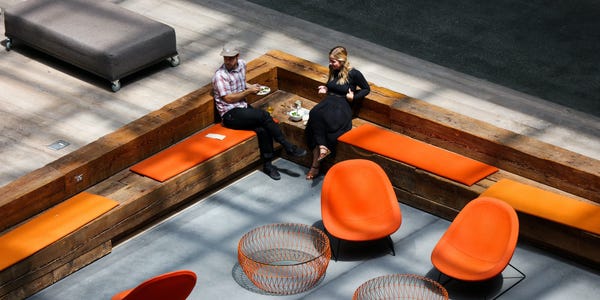 A chief financial officer is a key hire for a startup on the path to the public markets. In 2018, Airbnb tapped seasoned exec Dave Stephenson, who brings 17 years of service at Amazon, to replace the company's head of global financial planning and analysis. He reports to Chesky.

In a company statement at the time of Stephenson's hiring, Chesky described its new finance chief as "Airbnb's quarterback for long-term growth, driving us to be even more efficient and leverage what makes Airbnb unique to create new businesses and continue to expand."

The company didn't disclose how many shares he owns from his years of service, but it did say that he has options to buy 46,666 Class B shares that he can exercise before November 29. 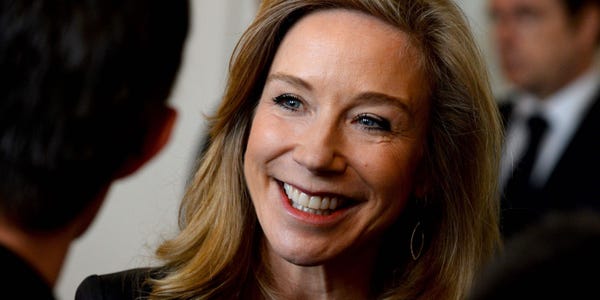 To sprinkle a bit of pixie dust on its business, Airbnb brought in Catherine Powell from Disney in 2020. The longtime executive at the House of Mouse ran its theme parks division for the US and France, and now leads a global team combining Airbnb's rental and "Experiences" groups.

This summer, the company added online experiences as the pandemic kept travelers home.

The company didn't disclose how many shares she owns from her year of service, but it did say that she has options to buy 37,916 Class B shares that she can exercise before November 29. 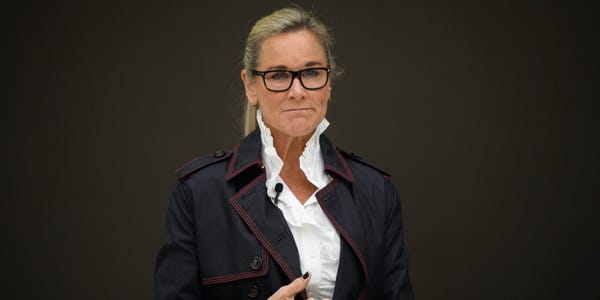 After hanging up her hat at Apple, where she was senior vice president of retail and its highest paid executive, Angela Ahrendts joined Airbnb as its third independent board director in 2019.

In a statement, Ahrendts said after knowing the cofounders for years, she developed a "deep admiration and respect" for the startup's vision and "the positive impact" it seeks to have.

The company didn't disclose how many shares she owns from her year of service, but it did say that she has options to buy 11,848 Class B shares that she can exercise before November 29.