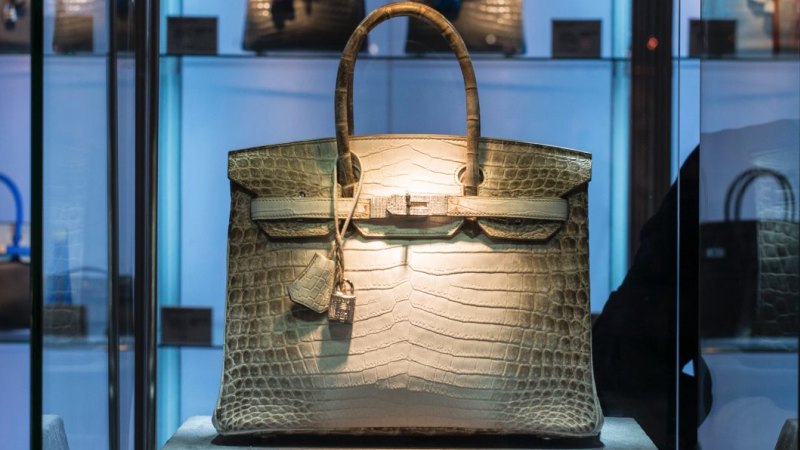 Hermes handbags make leap from accessory to asset for ultra-rich

Upmarket fashion house Hermes' Kelly and Birkin handbags are the must have investment for the ultra-rich as they look to park their cash into luxury items, according to the latest Knight Frank wealth report. 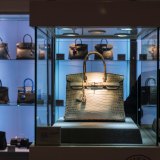 A Hermes Birkin matte Himalayan crocodile handbag sold at auction in Hong Kong for over $US300,000 in 2016. Credit:Theresa Ambrose

Demand for the fashion accessory is expected to keep rising amid forecasts the number of global billionaires could rise by 27 per cent over the next five years.

Andrew Shirley, editor of The Wealth Report and the Knight Frank luxury investment index, said like other "investments of passion", such as rare whisky, whose value has risen sharply in recent years, handbags are increasingly being seen as not just a highly desirable fashion accessory but an investment class in their own right.

"Collectors are prepared to spend hundreds of thousands of dollars on the rarest or most desirable bags," Mr Shirley said.

In Australia, where spending on luxury items is growing faster than for other retail goods, the number of people that are classed as ultra-high-net-worth individuals is forecast to grow by 29 per cent over the coming five years to 4881 by 2024.

This would be an increase from 3796 in 2019, with the report estimating more than 200 new ultra-wealthy individuals emerging locally each year over the next five years.

An ultra-wealthy individual is defined as someone with a net worth, including their primary residence, of over $US30 million ($45 million).

Knight Frank head of local residential research Michelle Ciesielski said growth in number of ultra-wealthy individuals in Australia is forecast to outpace many other countries over the next five years.

"Australia is ranked equal 15th with Canada for the projected growth in ultra-high-net-worth individuals out of 43 countries globally," Ms Ciesielski said.

"Our projections are based on the Knight Frank wealth sizing model, which allows us to project the number of individuals in each wealth band in the future. We have utilised data including forecast growth in GDP, house prices, equity performance, interest rates and other assets that individuals hold."

Ms Ciesielski said coming off a number of years of solid growth in Australia, 2019 saw further wealth creation off the back of a resilient sharemarket and further capital gains in the prime property market.

"Although challenges in the local economy persist, there has been much more certainty and solidifying of the global economy coming into 2020," she said.

Reflecting the growing gap in housing affordability is the Knight Frank Prime International Residential Index, which reveals $US1 million will get a buyer 16 square metres in Monaco, the country with almost wall-to-wall millionaires and billionaires, 50 sq m in Sydney, 96 sq m in Melbourne and an expansive 136 sq m on the Gold Coast.

Ms Ciesielski said ongoing high demand for luxury residential property in both Sydney and Melbourne was expected to result in higher growth in prices next year.