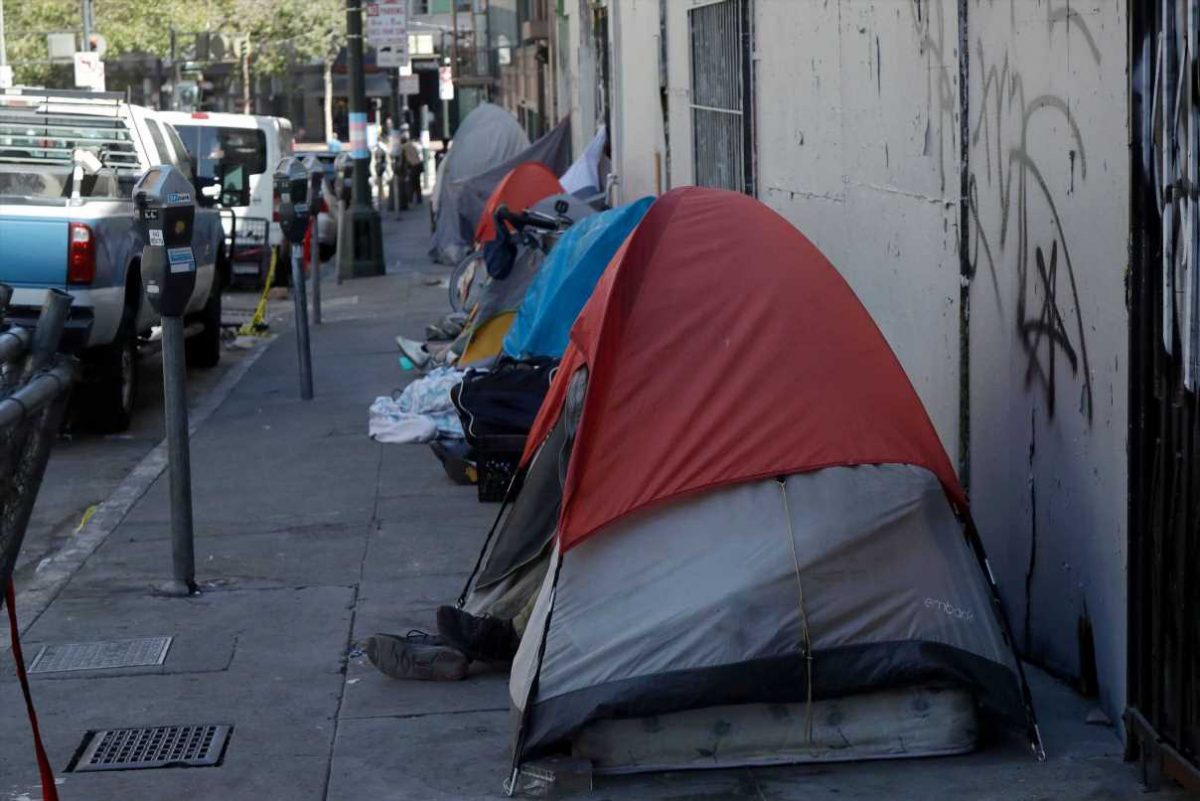 Homeless People Are Especially At Risk Amid Coronavirus Pandemic

Amid a global coronavirus pandemic, one population is particularly vulnerable: homeless people.

California, where about one-quarter of the nation’s homeless people reside, is also among the states with the highest number of reported COVID-19 cases so far. As public health officials recommend avoiding large groups and regular hand-washing, officials up and down the West Coast have been scrambling for plans to provide much-needed support to their residents sleeping in shelters, cars, and on the streets. From San Francisco to Los Angeles, cities are setting up extra hand-washing stations and distributing hand sanitizer in shelters and through outreach workers.

But homeless advocacy groups worry it won’t be enough.

“We are extremely concerned about unhoused communities’ vulnerability to coronavirus,” said Daniel Homer, managing attorney at Homeless Action Center in West Oakland. In Alameda County, where Oakland is located, the number of homeless people ballooned 43% from 2017 to 2019 alone.

Homer noted that people living in encampment communities often reside in close proximity to each other, even as health officials call for social distancing. Unsheltered homeless people often lack access to clean, running water, affecting their ability to keep their hands washed as recommended.

Thousands of homeless people across the state are seniors or have chronic health conditions, which leaves them at higher risk of more severe complications from COVID-19. Research has shown that homeless populations report higher rates of respiratory issues such as asthma or chronic bronchitis, which could make them more susceptible to complications from the virus. Meanwhile, homeless people often lack regular access to medical care.

“It was already bad for people living on the streets,” Homer said. “This is going to make it much worse.”

There have been no reported coronavirus cases among California’s homeless population yet. But cases across the state are growing by the day — up 15% from Monday to Tuesday alone, Gov. Gavin Newsom (D) said in a press conference. By Tuesday, just over 1,000 people had been tested for the virus across California, Newsom said, adding that testing was “top of mind” and that the state would be expanding local capacity to test for the virus in the coming days.

Meanwhile, cities and counties are moving to provide extra support to homeless residents. In San Francisco — where the number of homeless people rose 17% from 2017 to 2019 — Mayor London Breed announced a $5 million emergency fund that would go toward additional cleaning in shelters, expanding shelter hours and adding more hand-washing stations around the city.

But Jennifer Friedenbach, executive director of the local Coalition on Homelessness, said that while there has been “a lot of good work” by the city, including planning places for unhoused people to self-isolate if needed, her group also wants the city to halt evictions, homeless encampment sweeps and towings of vehicles people live in. The group noted on Twitter that such efforts would allow homeless people to stay in contact with outreach workers more easily and would permit them much-needed additional rest to stay healthy amid a pandemic.

In San Jose, just an hour south of San Francisco in Silicon Valley, Mayor Sam Liccardo announced that the city would temporarily stop any sweeps of homeless encampments. City officials also approved a moratorium on evictions as concerns rise that people may not be able to pay rent due to loss of income associated with coronavirus fears and containment efforts.

In Oakland, the city and county are distributing additional hand sanitizer and providing more portable toilets and hand-washing stations for homeless residents in at least 20 more locations, according to a spokesperson for Mayor Libby Schaaf.

An Alameda County Public Health Department spokesperson pointed HuffPost to new guidance for homeless shelters and outreach groups posted on its website. The guidance suggests distributing extra hygiene materials, screening shelter residents for symptoms and isolating symptomatic people. But such efforts may not be so easy to implement.

In Los Angeles, where homelessness rose 12% from 2018 to 2019 alone, Los Angeles County Department of Public Health Director Dr. Barbara Ferrer said at a press conference on Tuesday that officials were still “working on a plan” to ensure shelters were able to take “sensible precautions” to separate the sick from the healthy. Ferrer said they needed to identify more places to potentially quarantine unhoused people deemed in need of isolation due to the coronavirus.

“We would be scrambling with a lot of difficulty should we have an outbreak that was more than a few dozen people right now,” Ferrer said. Los Angeles County reported its first COVID-19 death on Wednesday.

California’s big-city mayors met with Newsom on Monday to discuss the need for additional resources for homeless residents. The state’s department of public health issued guidance on Wednesday for homeless assistance providers. It is still unclear what resources the state plans to give service providers to enact the guidance, which includes distributing additional prevention supplies like hand sanitizer, finding spaces to isolate people with symptoms and more.