Homes Under the Hammer: Amazing house transformation in Surrey

The former bank had a guide price of £100,000 and was spread over three floors. The building appeared to have been stripped back with some of the original bank’s characteristics still in place. The building was set over 3,500 square feet and came with a built-in safe and a vault. The building would require a change of use application being sent to the planning department and a creative plan to transform the space.

The former bank was purchased by business partners Adam and Paul who bought the property for £191,000.

Their plans were to develop the ground floor into serviced office space and extend and convert the upper floors into serviced apartments.

Adam said: “Upstairs, it depends on planning permission, but hopefully we’re going to get between eight and 10 flats.”

However, 15 months later in September 2019 their ambitious plans hit a “major planning hurdle”. 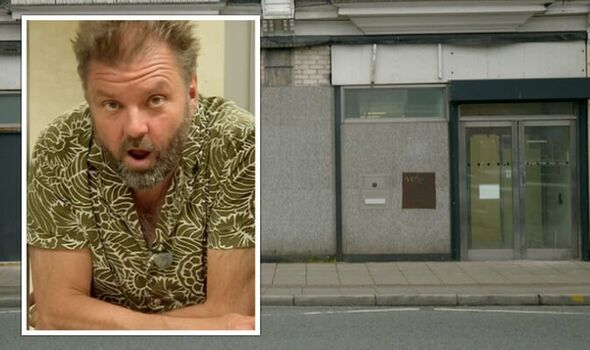 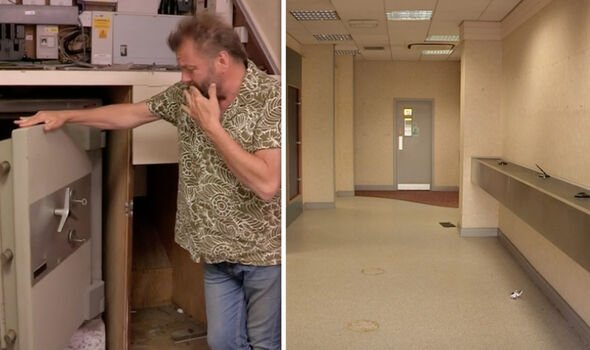 Adam explained: “We didn’t get planning for 10 flats, we just got seven. We decided to sell it as it is.

“Currently we’ve got a buyer who’s buying that property. The property sold for £280,000.

“Then, what we’re going to do is rent back the offices and manage them to make an additional monthly profit.”

However, the £280,000 had only been agreed in principle and the sale fell through. Homes Under the Hammer returned three years after their first visit to find out what happened to the former bank.

On the ground floor, the layout had changed cosmetically with a brand new modern kitchen, glass office doors and individual WCs.

However, the upstairs wasn’t quite so developed with stripped walls and former banking equipment everywhere.

The £280,000 deal Adam and Paul thought was sealed had fallen through leaving them in a quandary.

Adam said: “We still wanted to proceed somehow so luckily we managed to find a buyer who is a friend of mine who decided to buy downstairs as a commercial unit once it was fully fit.

“So as we are at the moment, it’s just been refurbished and we are close to completion.” 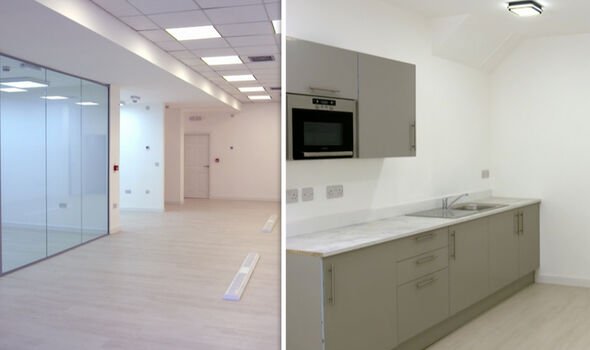 Upstairs, Adam said they still had the planning permission for seven flats, however, this could cost them quite a bit of money.

Instead, they planned to build fewer flats for less money than their current plan.

The business partners already spent £30,000 on the two upper floors after gutting the interior and installing acoustic insulation between the commercial and residential parts of the building.

The ceiling had to be removed and put back up twice which not only took up time but cost them money too.

In June 2021, a local estate agent valued the former bank. He said: “From looking around the ground floor, you can see there’s a nice, flexible working layout that would appeal to various people.

“Upstairs is quite an interesting scenario in terms of what they can do with the spaces. One-bedroom to two-bedroom [flats] could offer quite nice living accommodation.” 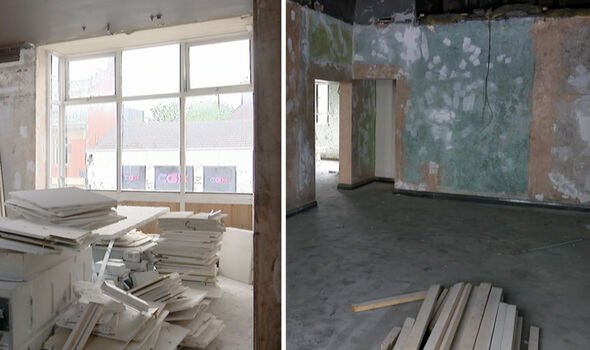 Paul and Adam spent a total of £271,000 on the project but may spend a further £100,000 on developing four flats on the upper floors with a mixture of one-bedroom and two-bedroom flats.

Assuming there are two one-bedroom and two two-bedroom flats, the total sales value would equal £520,000.

Alternatively, Paul and Adam could rent out the flats. The agent thinks they could bring in a total of £3,400 per calendar month, which at full occupancy, would give them a yield of 20 percent.

Homes Under the Hammer is available to stream on BBC iPlayer.