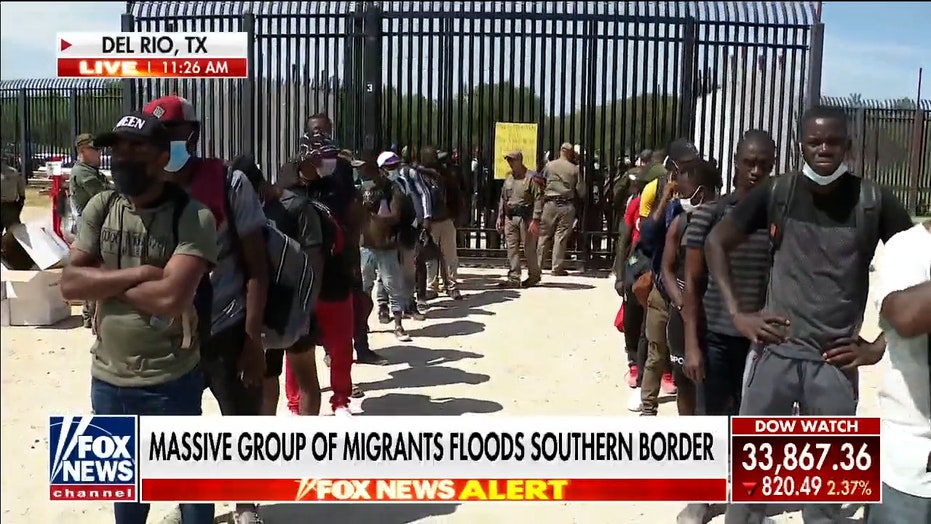 Fox News correspondent Bill Melugin is on the scene in Del Rio, Texas

FIRST ON FOX: A new report by House Republicans on the Oversight and Judiciary committees is hitting both the Biden administration and Democratic lawmakers for the ongoing crisis at the southern border just as new numbers show a continued migrant surge.

The staff report, a copy of which was obtained by Fox News, outlines what Republicans said is a set of actions that show the Biden administration “precipitated a massive immigration crisis” and how House Democrats “have ignored repeated warnings from Republicans to the detriment of our safety, health and the rule of law.”

“After bold steps taken by President Trump stemmed the flow of illegal migrants coming to the United States, the Biden administration has not only reversed course on measures seeking to stop the influx of border crossings but has instituted permissive policies and incentivized immigration through non-legal channels,” the report says. “While this crisis rages on in real time, Democrats have no plan – and apparently no intention – of acting to stop the Biden border crisis.”

The numbers also announced increases in family units and unaccompanied children, and while drug seizures fell, the amount of the deadly drug fentanyl increased again.

The Biden administration has blamed a combination of the Trump administration’s actions in breaking down asylum pathways and “root causes” such as violence, climate change and poverty in Central America. Vice President Kamala Harris unveiled a series of measures to combat those root causes in a trip to Guatemala and Mexico – and the administration is pushing for a $4 billion investment in the region.

But Republicans have dismissed the root cause explanation (the report describes it as a “smokescreen for incompetence”) and instead pointed to the rollback of Trump-era policies that kept migrants out of the U.S., such as the Migrant Protection Protocols (MPP) and the Asylum Cooperative Agreements (ACA)s with Northern Triangle countries.

The report blames not only those rollbacks, but also the ending of border wall construction, the decision not to expel unaccompanied children with Title 42 public health protections, and the narrowing of interior Immigration and Customs Enforcement (ICE) priorities that have coincided with a decrease in arrests and deportations.

The report describes the border crisis as multipronged. It describes a security crisis due to the number of criminal migrants – including sex offenders and suspected terrorists – being apprehended. It warns of a public health crisis due to the risk of COVID-19, particularly if Title 42 is rolled back further. Third, a humanitarian crisis that includes a surge in unaccompanied children – which the Biden administration has been working to process through facilities and into sponsors already living in the U.S.

As for congressional Democrats, the report says they are “in denial” about the border crisis and accuses them of not holding hearings and of opposing solutions like ending loopholes in the Flores settlement, which limits how long children can be held, and the Trafficking Victims Protection Reauthorization Act, which limits the ability to return migrants to their home country. 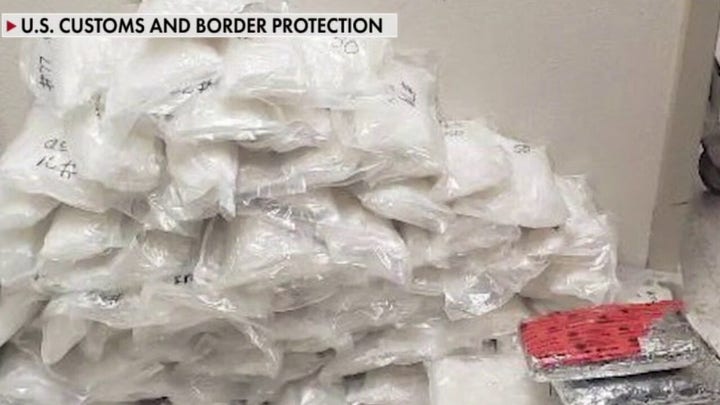 “In just six months, President Biden has ignited the worst crisis at the border in decades. Starting on day one in office, President Biden in both word and action has put illegal immigrants first and Americans last through his radical open borders agenda,” Oversight Committee ranking member James Comer, R-Ky., said in a statement.

“Under his watch, masses of children have been held in overcrowded facilities during a pandemic and past the legal timeframe, apprehensions at the southwest border are at a 21-year high, the human smuggling industry is booming, and deadly drugs like fentanyl are pouring across the border,” he said. “Congress must conduct oversight of this gross mismanagement, but Democrats have refused to hold a single hearing. It’s past time for the Biden administration to take the actions needed to restore order at our nation’s border,”

The report also highlights the cost to the taxpayer, citing news reports that the Biden administration has awarded at least $3 billion to contractors to house children, and could need an additional $4 billion in the coming months. It also pointed to the diverting of resources and federal employees to deal with the crisis.

Separately, the report outlines a number of letters and requests made by Republicans to agencies and House committees that have received either partial or no response.

The report marks the latest example of pressure being placed on the administration and Democrats by Republicans over the crisis. Senate Republicans last week in press conferences and letters urged the administration not to end Title 42, while Sens. Josh Hawley, R-Mo., and Lindsey Graham, R-S.C., called for a hearing on the crisis in the chamber’s Judiciary Committee.