The Angle live from Ole Miss in Oxford, MS where college football is helping America get back to normal

In her “Ingraham Angle” commentary on Friday, host Laura Ingraham sounded off about President Biden’s lackluster performance in his Baltimore Town Hall with CNN anchor Anderson Cooper – as well as the fact the Delaware Democrat and his top medical adviser Anthony Fauci continue to try to divert Americans from congregating or exercising their freedoms under the Democrats’ ‘new normal’ paradigm.

Reporting live from Ole Miss in Oxford, Mississippi, ahead of a notable congregate setting – at which ex-New York Giants quarterback Eli Manning will have his #10 retired at his collegiate alma mater, Ingraham pointed to the event as further evidence that people naturally want to express their freedom to assemble and pursue their happiness:

“This football tradition is a huge part of life not just here in the South, but also in the Midwest, the West Coast, and New England where I’m from. Once a week, every fall, we gather together in our homes, at bars, in stadiums and at tailgates, to cheer for our favorite teams. It’s what they call the ‘old’ normal. It’s America,” she said.

“We told you a year and a half ago that the tragedy of the pandemic wasn’t just going to be measured in the number of lives lost, but how much of our culture and traditions we lost in the process.”

Ingraham added that many powerful people, especially on the left, have predictably sought to govern by-emergency and via edict; “us[ing] the temporary COVID to create a New Normal.” 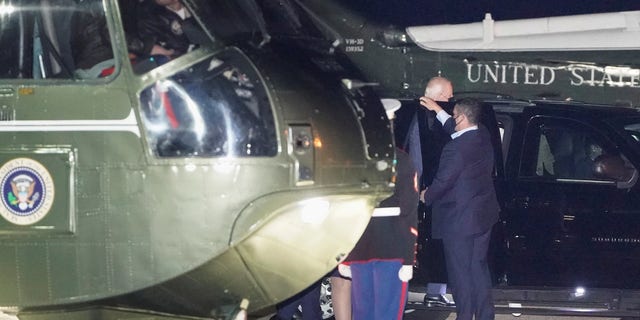 The host noted that much of “Blue State America” is still forced to mask up or follow other COVID edicts in public settings – something that is true in Washington – along with contiguous Beltway counties in Maryland, as well as Philadelphia, Pittsburgh, Baltimore, New York City, Los Angeles and elsewhere.

“With few exemptions allowed, they’ll exclude you, fire you, and even shame you for not complying with vaccine mandates.  Thousands of Americans have been forced out of their jobs in just the past week,” she said.

“Although Joe Biden last night said such concerns were overblown,” the host continued, playing a clip of Biden claiming the mandates are “working” as intended – and that “all this stuff about people leaving” is “not true” in the big picture. 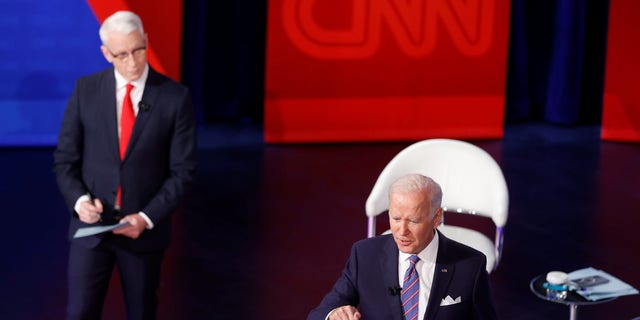 Ingraham pointed out Biden made fun of the idea of people wanting to exercise their constitutional freedoms:

“Freedom. I have the freedom to kill you with my COVID,” Biden said to laughter from the crowd in the Charm City. “No I mean come on — freedom.”

“We understand that Americans have an inherent right to self-determination,” Ingraham later replied. “We understand life is filled with risks, and we know that we manage those risks better than Washington, DC ever could.”

“As for us… we’ll be having fun with family and friends, and getting ready to root for our teams.  Knowing they’ll make mistakes, we will remain loyal and hopeful about next season.  It’s part of the tradition that the Left hates.  They like tearing down traditions,” she continued.

“Life is too short to be as unhappy and miserable as they are on the Left.  I’ve never seen anyone hate their own team as much as the Left hates America.”