Ingraham: Corporations who speak out against Georgia law should be treated as 'enemy of fair elections'

Democrats and big corporations like Delta Airlines, Coca-Cola and Apple are aligned with China and against Americans, Laura Ingraham warned Thursday.

All three companies have gone on the record against what “The Ingraham Angle” host described as a “common-sense” Georgia election law that strengthens identification requirements and expands early voting opportunities across the Peach State.

“We realize that this was restricting … people’s access, particularly in the Black community,” Bastian said in a recent clip played by Ingraham. “This is something that’s more than money. This is about protecting the voices of our people.”

By contrast, the host noted, companies like Coca-Cola recently lobbied against legislation that would have cracked down on imports from countries using slave labor, including China.

“The love for democracy stops at the U.S. border,” Ingraham said.

Turning to Biden and his support for moving this year’s Major League Baseball All-Star Game out of Atlanta, Ingraham asked viewers: “Remember when Biden claimed he didn’t want to wade into the culture wars during the campaign? He was going to unify the country, be the president of all Americans?

“That’s obviously out the window. As I warned, they’re going to use terms like ‘Jim Crow’ and they’re going to lie but they will never talk about what’s actually in the law,” she added. “The law requires voter ID for absentee ballots. It eliminates signature matching. It expands early voting opportunities. It keeps ballot drop boxes. It shortens the time between the general election and a runoff. It gives the state bar the power to remove corrupt election officials. These rules benefit Americans of every race.” 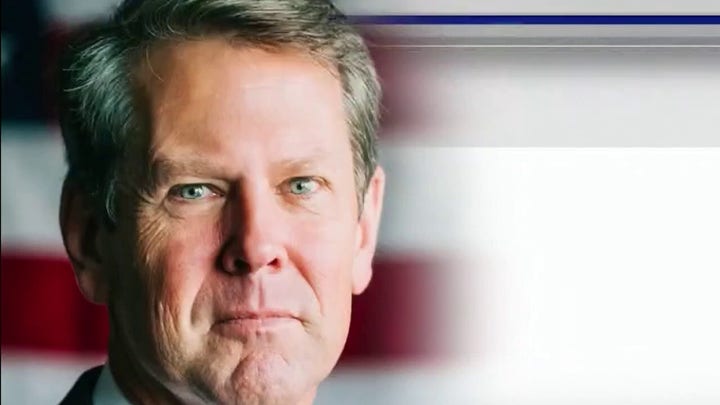 Ingraham claimed the far left was “working hand in glove with Hollywood, sports personalities, and big business to bully and intimidate Georgia for passing a law that they believe threatens Democrats’ dreams of permanent rule.”

In response, she said, “every Republican member of Congress — every single one, the House and the Senate, even Mitt Romney, every Republican governor — should immediately speak out against this campaign.”

Then, she said, “it’s time to teach corporate America that if they attack Georgia or any state like it for doing what they did to secure their right to vote, these corporations are going to face the wrath of GOP officials as well as the tens of millions of American consumers who support them.

“We will analyze every benefit you get under state and local law and eliminate as many of them as possible. If you threaten to leave for a blue state, we will hold open the door and bid you farewell. Pay their huge taxes. See if we care,” she warned. “Enjoy trying to comply with their antibusiness regulations. But don’t ever ask us for help again when the left comes after you. Because you’re going to be the enemy of fair elections and you’re going to be treated as such.”