Celebrity homes always spark curiosity as fans hope to get a glimpse of what life is like as one of their favourite A-listers. Today, Rambo movie lovers will be delighted to see that they can take a video tour of the property belonging to American actor Sylvester Stallone, 73. The star has put his golf club home in La Quinta on the market for an eye-watering $3.35million – or £2.7million.

LA’s La Quinta area is well known for its golf courses, and is regularly the host city for prestigious golf tournaments.

However, Stallone is selling his four-bedroom holiday home while holding on to his other properties in LA and Miami. 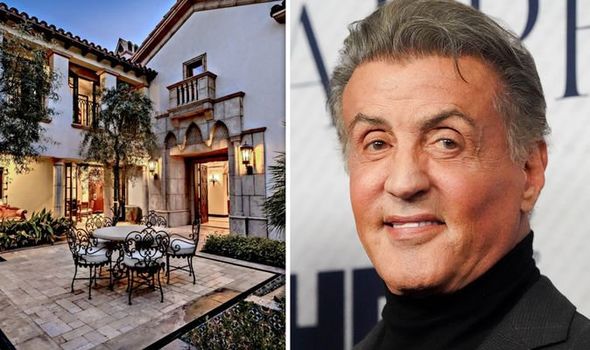 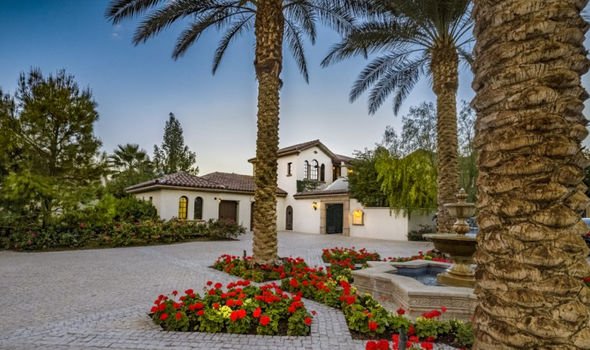 Pictures from Stallone’s impressive home were featured on Top Ten Real Estate Deals, taken by Doyle Terry courtesy of real estate agent Douglas Elliman, and in a video tour the property was called an “absolute steal”.

The mansion is described as having an Old World Mediterranean style and Caribbean island touches.

The cream-coloured property is as attractive outside as it is in, with broad double wooden front doors and palm trees outside.

Inside, it features high wood-beamed ceilings and rooms that open out into the courtyard and terrace.

Situated in the golf community of the Madison club, it features hardwood and tiled floors throughout as well as grand arched doorways.

Perfect for entertaining, it has a large kitchen with an eat-in island as well as a separate and more formal dining room with views of the outdoor area.

There’s even an outdoor kitchen, a wine room and a firepit in the courtyard for more extravagance.

It’s likely whoever snaps up the home will be spending plenty of time outside with a pool and jacuzzi in the private courtyard to enjoy while their meal is cooked in one of the kitchens. 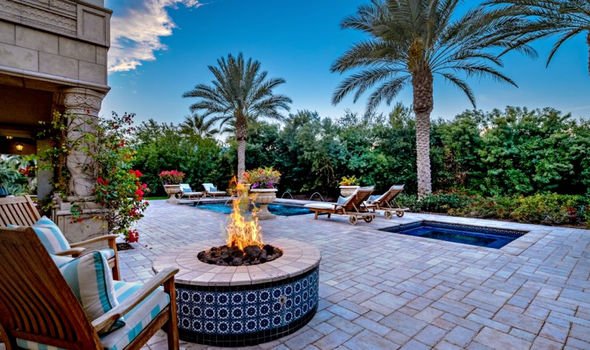 However, indoors there is just as much luxury, with the Rocky star’s bedroom giving away his passion for films.

The two-storey home features a master suite complete with a television that rises out of the foot of the bed.

It also has its own fireplace as well as a dressing room and large master bathroom.

Best of all is the view, though – anyone lucky enough to wake up in the millionaire’s mansion will be able to step out onto a private terrace with an unbeatable view of the mountains. 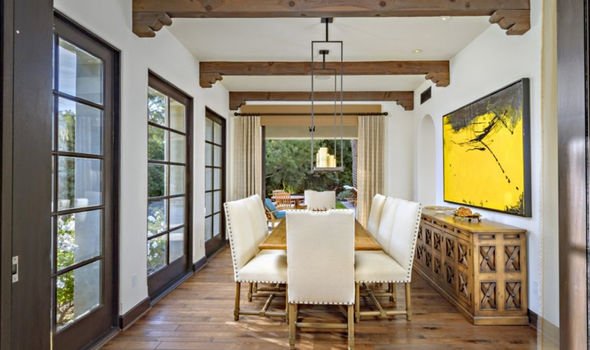 Inside he’s kept to neutral tones, with plenty of wood panelling, beige rugs and furnishings, though the lighting is less subtle with chandelier-style lights in the living room and candles hung above the dining table.

As well as being famous for his acting and directing in Hollywood, Stallone is also known for his creativity as a painter, though there are not many pieces of art hanging in the lavish home.

The Expendables star has had his work displayed in galleries in the United States, France, Russia and Switzerland.