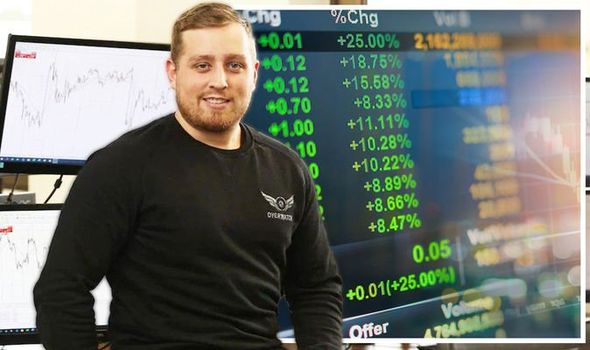 Samuel has been teaching traders via his business Samuel & Co Trading since 2012 after using his own strategies to grow his own wealth. He spoke with Express.co.uk about his strategy.

It is important to note that it is always possible to lose money when investing. If you are considering taking such decisions with your money, speak with an accredited financial advisor.

Samuel, who teaches people global about how to trade stocks and shares, told Express.co.uk he would always look to preserve capital before investing anything.

He also warns against investing when you can’t afford it.

“Say I’ve got £5000 in my bank and I decide I’m going to go invest all £5000 into something, then I’m going to have an emotional roller coaster.

“So, what I always say is before ever getting involved in investing, you need to look at what we call preserving capital. You need to preserve what you have before you move on to investing.”

First, make sure you have an emergency fund, the value of which will change depending on your outgoings.

“You should save at least three months of your outgoings, so you know you’ve got a safety blanket.

“This means if you have a financial situation that calls for you to dip into your savings, you’re not going to need to go to those investments straight away because you have three months of reserves.

“I then basically say you shouldn’t really be investing any money that you don’t you can’t afford to lose. That’s how I see it.

“You need to have that sort of emotional detachment.

“Obviously, we don’t invest and plan to lose but if we invest that money and it’s not something that we are worried about or concerned about checking, it makes the process so much easier.”

Samuel went on to detail a scenario. He said: “If you took, for example, someone who’s got three months of preservation of the monthly costs on the one side and on the other, you’ve got a guy that’s literally saying, ‘I need to pay bills in the next month’.

“Now, both of them could make the same investment into the same fund, and it could have gone down say three or four percent, the guy that needs the money is panicking and they close everything and they’ve just lost £200 pounds.

“The other person, he says, ‘You know what? Next month, it might go back up again. And then they’re up by four three or four percent.

“You can take the same investments but the emotional side is what’s actually causing you to lose.”

ETFs are Exchange Traded Funds invested in a range of bonds or shares at once. They usually track a market, such as the FTSE 100.

“Some people don’t have thousands and thousands of pounds to invest,” Samuel explained. “You have to set yourself realistic expectations, and that would generally be investing into ETFs where it is more balanced.

But, past that, you might think ‘Well, that’s my long-term goal, now let’s have a look at a little bit riskier investments, and then take those risks there.

“But the problem is, I think, that people are very short-sighted. We want results now and so we try to skip all of that.

They might try and invest in the next biggest crypto and when it comes to that we only hear the success stories there, rather than the ones that go wrong.

“That’s what we’ve been trying to do at Samuel & Co, first tried to educate people on that journey.

“It doesn’t even have to be a long one but three to five years or so, that’s a more realistic goal.”