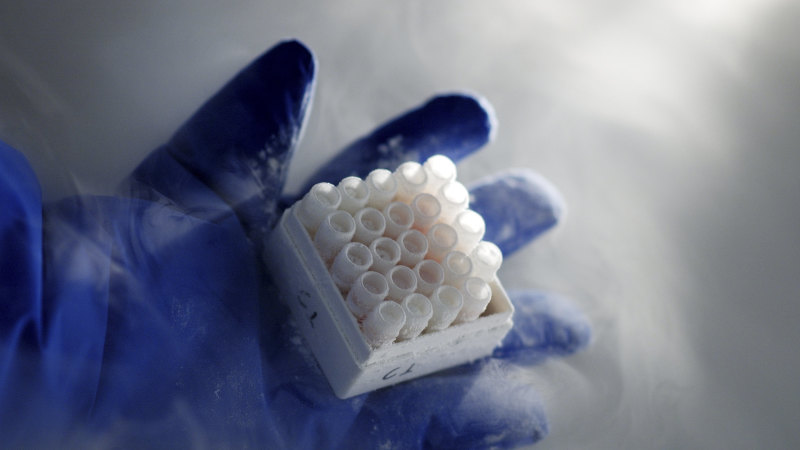 They have little in common other than a fierce commercial interest in COVID-19. They both want to find a cure. Over the past month, the epidemic has played havoc with Qantas’s business. Its share price, which is down about 40 per cent, has now spread to Joyce’s pay packet. (He announced on Tuesday he would not receive a salary for the rest of the financial year).

The sharemarket minnow Mesoblast distinguished itself on Tuesday as one of the best-performing stocks on the ASX – up 28 per cent in morning trading after it announced success in treating a sample, albeit small, of patients that had a severe response to COVID-19. One person’s crisis is another’s opportunity. 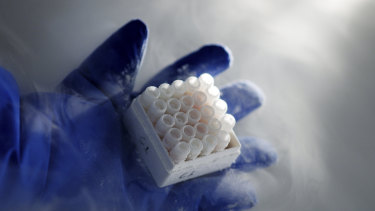 Biotech Mesoblast is gearing up for trials.

And other than chief executive Itescu, no one will be more pleased than two of Mesoblast’s big shareholders, Anthony Pratt and his brother-in-law Alex Waislitz’s Thorney Investment.

Mesoblast advised the market on Tuesday that it was testing one of its existing stem cell products, remestemcel-L in patients with acute respiratory distress syndrome caused by COVID-19. Success would put the relatively small company (with a market capitalisation of about $1 billion) on the world map and add to the fortunes of its billionaire backers.

But before investors get too carried away with its prospects, there are plenty of caveats that need mentioning. In an environment where a treatment/cure or a vaccine to deal with the massive health and economic fallout of this epidemic is paramount, biotechnology stocks can become highly speculative.

Around the world there are numerous (generally large) companies racing to be the first to find an effective treatment. Among them, US companies Gilead Sciences and Regeneron have risen 12 per cent and 18 per cent, respectively, against the tide of the broader market which is in a bearish retreat. Other biotechnology companies have experienced wild share price swings and false starts.

Also worth noting is that of the treatments being evaluated, none yet have the approval from major health regulators for use on COVID-19. Having said that, most candidate treatments that have any real potential are experiencing expedited analysis from health regulators around the world including Australia, the US, Europe and China.

Mesoblast said yesterday the company was in active discussions with various government and regulatory authorities, medical institutions and pharmaceutical companies. 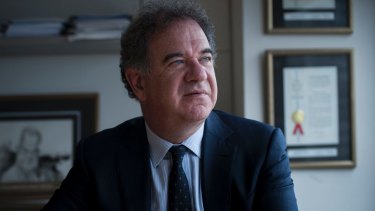 Its particular treatment would be targeted at patients who are experiencing acute respiratory distress syndrome (ARDS) as a result of COVID -19. The mortality rates among those that develop COVID-19-induced ARDS is closer to 50 per cent, according to Mesoblast. Thus its use would be confined to the very sick – generally older people or people with additional health conditions.

"Since the same inflammatory biomarkers are also elevated in COVID-19, these data suggest that remestemcel-L could be useful in the treatment of patients with ARDS due to COVID-19," Mesoblast said in its statement.

That brings us to another caveat – most investors (and commentators like me) don’t sufficiently understand the science to extrapolate too much from company statements. And the sample sizes mentioned are very small. What we do know is that this particular Mesoblast product is already being evaluated by the US Food & Drug Administration for use in treating another condition – adults and children with steroid-refractory acute graft versus host disease, which is an immune condition. It would need separate approval for any additional use.

Itescu said the company was now gearing up to do the appropriate clinical trials. But how long this will take is something he is not prepared to speculate on – other than it will be months not years.

And here is something else that is certain – if this Australian biotech minnow finds the health industry’s holy grail, Itescu will get a personal invitation from Joyce to join Qantas’ Chairman’s Club.