ITV, Channel 4 and Freeview appear to have stopped working for thousands of users across the UK.

A major outage affecting the live TV channels has been widely reported since around 2.20pm. 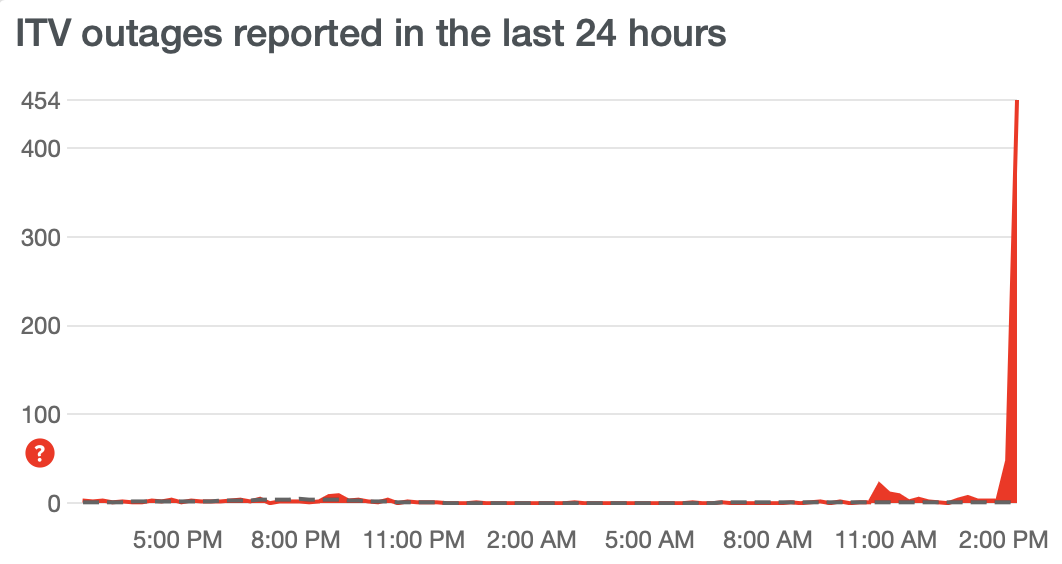 Users have swarmed online outage tracker Down Detector to complain about the issue.

Thousands of TV fans have flocked online, warning that the channels have "no signal" on Freeview.

But ITV and Channel 4 appear to be working on other platforms.

Live outage maps show that the issues appear to be concentrated in London.

But reports are coming in from farther afield too, including Birmingham and Manchester.

On Twitter, users are saying that the outage is linked to specific channels on Freeview.

Telly watchers say that the BBC is still accessible, but ITV and Channel 4 can't be watched.

One wrote: "Any one else's terrestrial TV gone down? #freeview"

We've asked Freeview for comment and will update this story with any response.

Freeview is the main (and only) digital terrestrial TV platform in the UK.

It's managed by DTV Services, which is a joint venture between the BBC, ITV, Channel 4 and Sky.

Freeview launched back in 2002, picking up the licence from ITV Digital.

The service has 85 TV channels, 26 radio channels and 10 HD channels.

All new TV sets sold in the UK since 2008 have shipped with built-in Freeview tuners.