John James fires back at Senate opponent: I stood up against terrorists, Dem 'lies are going to bounce off' 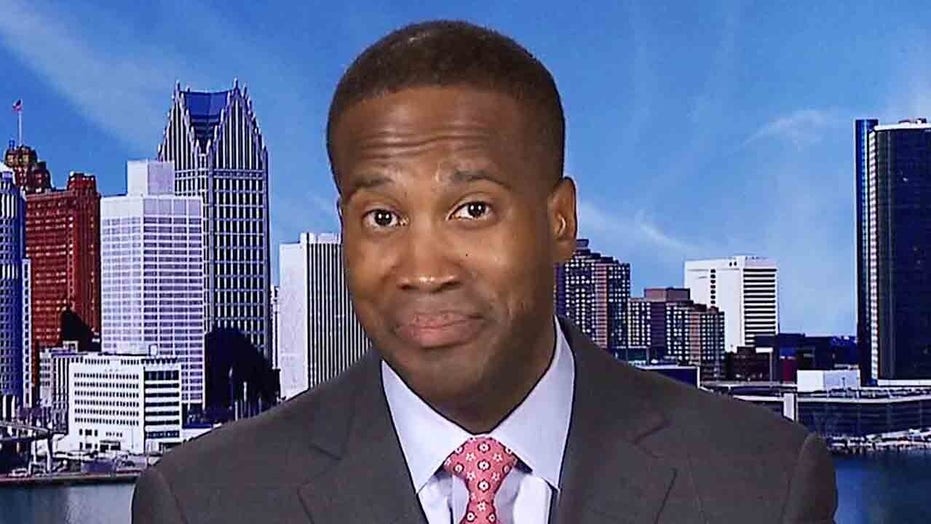 The Army veteran added, "I've actually been shot at and these lies are going to bounce off because the American people and the people in the state of Michigan know the truth."

"The people of the state of Michigan are excited for change because Sen. Peters is running on a record of failure and lies," James said.

"Democrats are terrified – putting four ads up against me in the past week – because I not only threaten this seat, I threaten their entire narrative," the GOP candidate said.

"To insinuate that I can't think for myself or stand up for myself when the Democrats have a presidential nominee who says that Blacks don't have diversity of thought, I think is unconscionable," James said, "and Sen. Peters still hasn't spoke spoken for that."

While James said he isn't focused on polls, he said he's focused on the people.

"I'm excited to be able to bring new and exciting leadership," James said.