Because she was caught

Katie Couric has spent decades on television across the three broadcast networks, but the highly-partisan remarks she made on “Real Time with Bill Maher” last week could tarnish her image as an iconic, non-partisan newswoman.

“Katie is ‘retired’ from any ‘objective’ news duties,” NewsBusters executive editor Tim Graham told Fox News. “She has been a partisan for a long time.”

Couric, best known as the longtime co-anchor of NBC’s “Today” and for a five-year run in the anchor chair on the “CBS Evening News,” raised eyebrows when she blasted the GOP’s support for President Trump amid his second impeachment battle.

“It is so shocking. … Not only are they not conceding, Bill, but their thoughts — that there might have been some collusion among members of Congress, some are refusing to go through magnetometers … to check for weapons, they’re not wearing masks during this siege,” Couric began.

“I mean, it’s really bizarre, isn’t it, when you think about how AWOL so many of these members of Congress have gotten. But I also think some of them are believing the garbage that they are being fed 24/7 on the internet, by their constituents, and they bought into this big lie. And the question is how are we going to really almost deprogram these people who have signed up for the cult of Trump.”

“Katie Couric making such offensive comments comes as no surprise, she is part of a media complex that deliberately stifled the flow of information negative to Biden in order to interfere in the election,” Jacobson said.

The Hill columnist and Fox News contributor Joe Concha made a similar observation of a growing trend among members of the media who have called for “deprogramming and silencing 75 million Americans.”

“This sort of rhetoric from Couric — which comes across as so condescending and elitist — underscores the divide between our media, which primarily resides in New York and Washington, and the rest of the country, which is moderate to center-right per multiple polls. And it’s why the industry is so mistrusted and frowned upon,” Concha told Fox News. 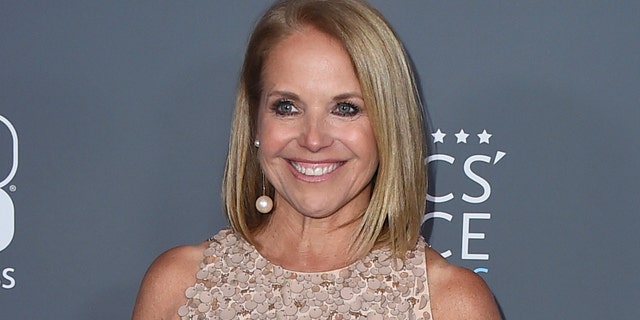 Couric, who is slated to guest-host “Jeopardy!” following the passing of Alex Trebek, was openly cheering on Trump’s impeachment during her “Real Time” appearance.

“If you commit a crime and then you move, does that means we’re not going to charge you with a crime because you’re moving out of the neighborhood? I mean, it’s ludicrous,” Couric told Maher, who expressed opposition to Trump’s second impeachment. “I think there have to be guardrails on presidential power. He incited violence. … He was really, really inciting violence.”

“It is insane and you cannot let that stand,” she added.

Couric even fantasized about the “Hollywood ending” it would be if McConnell “comes out as the hero” to convict the president.

As NewsBusters’ Graham pointed out to Fox News, Couric made a similar pitch back in 2009 to then-Republican Maine Sen. Olympia Snowe, who she urged to be a “hero” by siding with Democrats in order to pass Obamacare while reciting a bizarre Christmas-themed poem on “CBS Evening News” advocating for the liberal legislation.

This isn’t the first time Couric has landed herself in political hot water. Back in 2016, the journalist admitted to deceptively editing a focus group of gun rights enthusiasts for her pro-gun control documentary “Under the Gun,” which omitted responses to her question about how felons or terrorists could be prevented from purchasing a gun without background checks. Their answers were replaced with several seconds of silence, portraying the group as ignorant of the subject.