I can even live without a cheeky pint on a Friday night. But now this invisible worm is taking the mick. 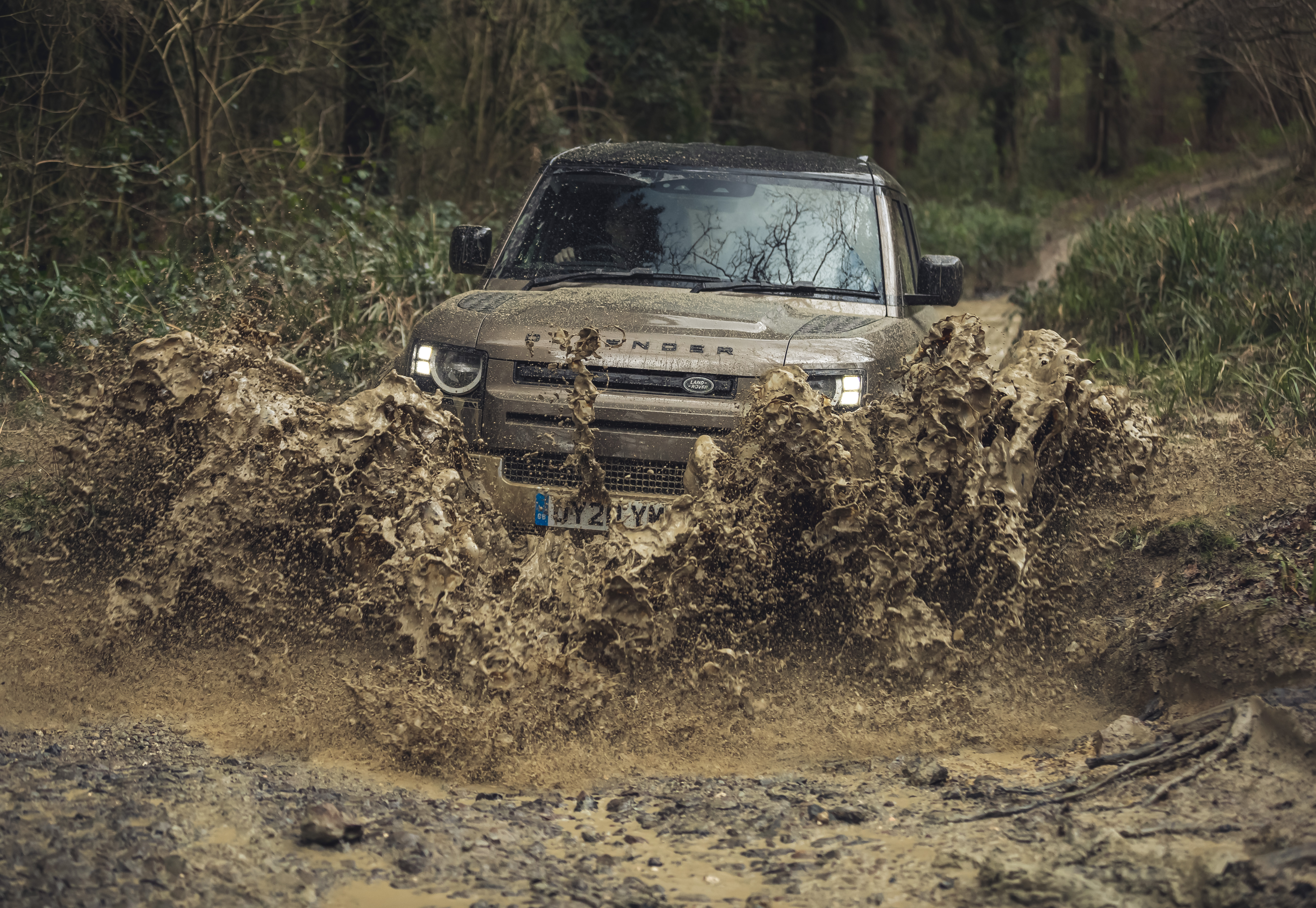 We’ve been waiting for the “new Defender” since the last one was scrapped four years ago. Since before Brexit. Remember that?Now, just as it is ready to emerge on to our roads, Covid-19 kicks in.

So, take your time reading this, my friends, no rush, because it is going to be yonks before you are allowed outside to see it. Grrrrr! Luckily for me, I drove one the other day — and I’m pleased to report that it is S E N S A T I O N A L. The only vehicle you’ll need for our dystopian future.

Predictably brilliant off-road but now with the speed, c. You couldn’t say that about the old Defender. Two hours in one of them and you’d be fried.

Right, let’s answer your most urgent question first. How much is it? Er, expensive. Yet also a bargain. I say that because it’s as good as a G-Class for half the price. 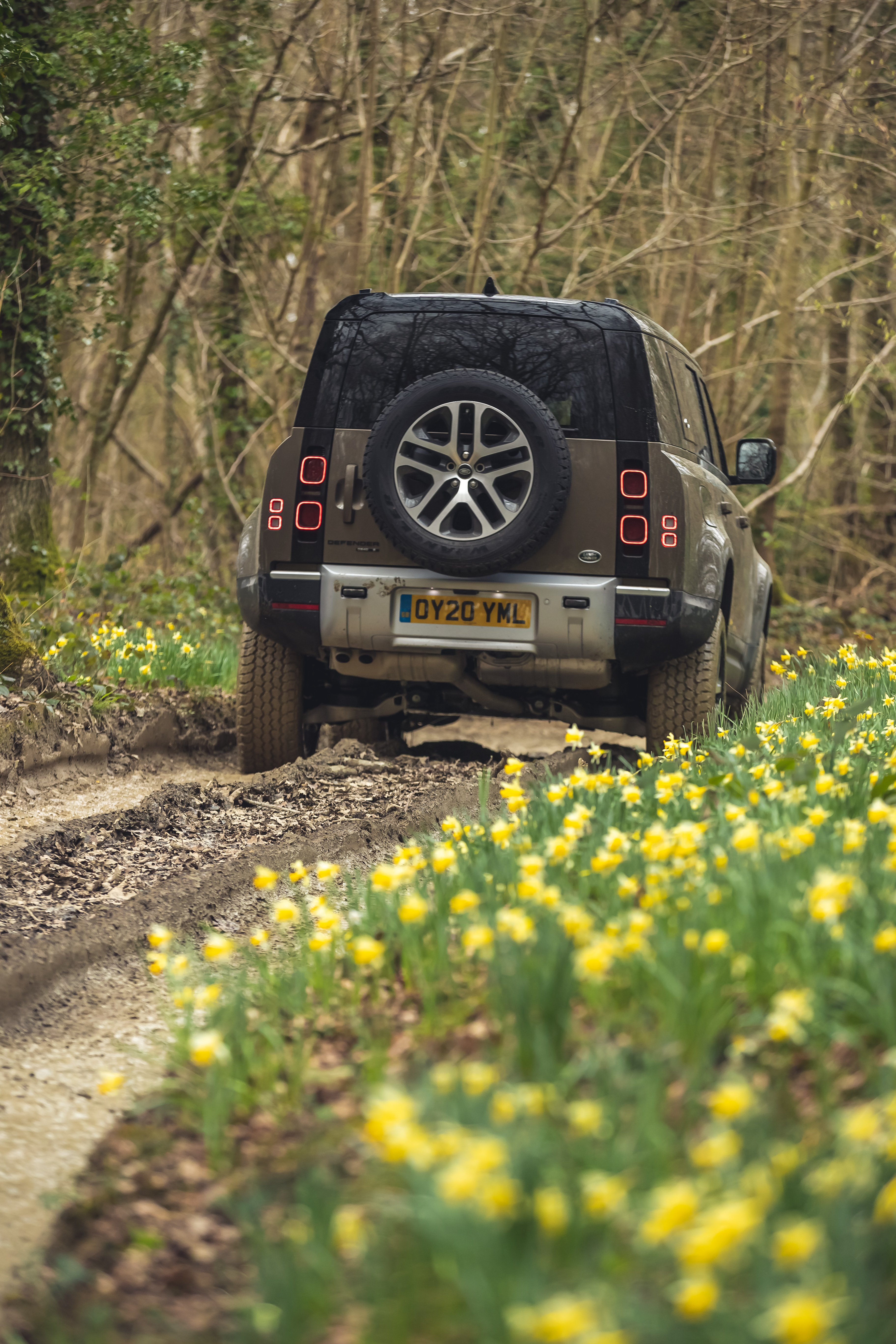 The 90 commercial van is £35k plus vodka and tonic but an even cheaper pick-up with roll-up canvas sides will follow later. Promise. Now I’ll let you into another little secret. Defender has the same bones as a Range Rover Sport but with key components strengthened for extreme use.

That’s why the ride quality and the way it addresses the road are so utterly impressive. You could do Doris and Dakar on the same day.

Note. All 110 versions — petrol, diesel, hybrid or plug-in hybrid — have air suspension and a seamless eight-speed auto as standard. So it gracefully soaks up our cheese-grater roads and just hums along, like Winnie the Pooh when he’s thinking about something. 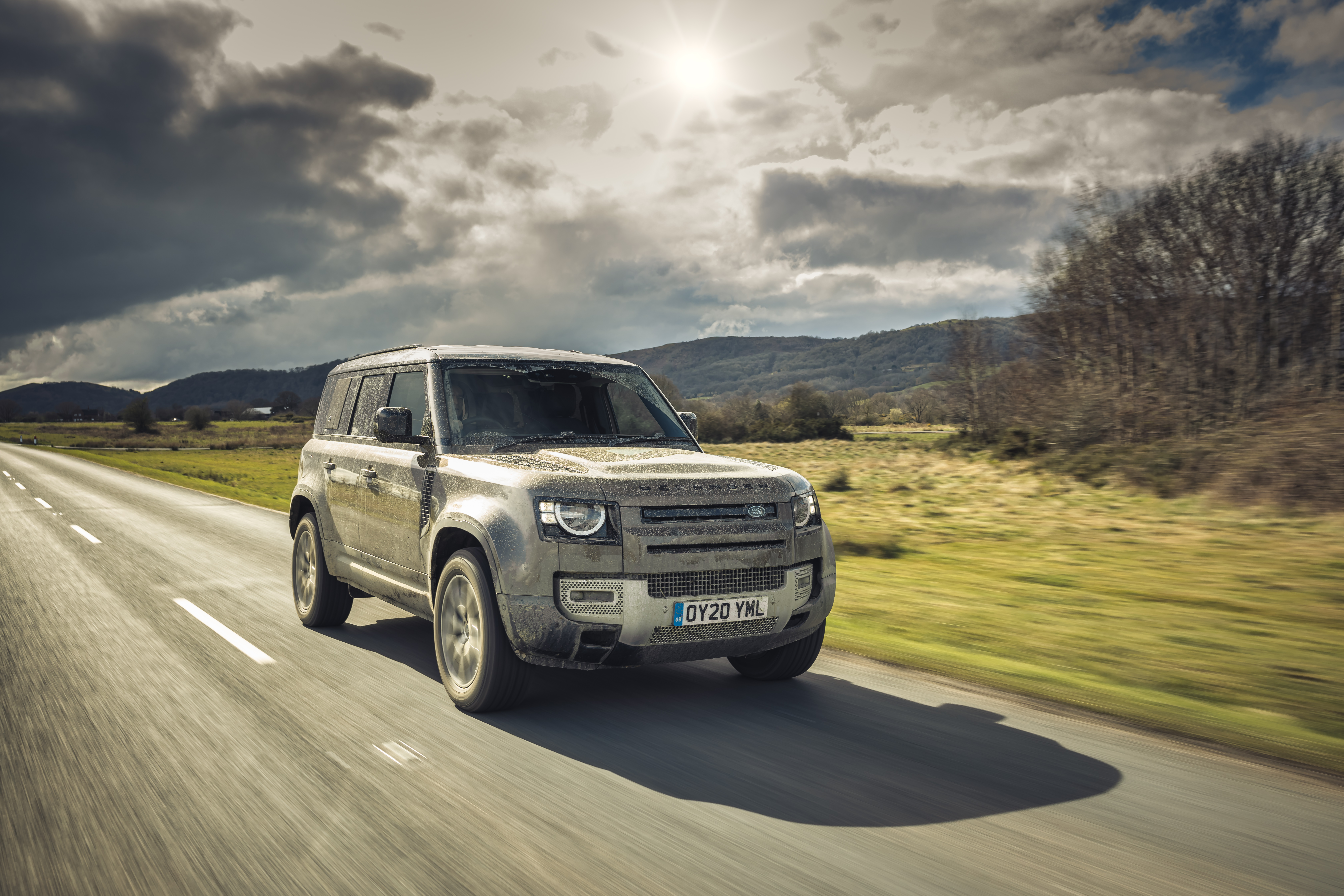 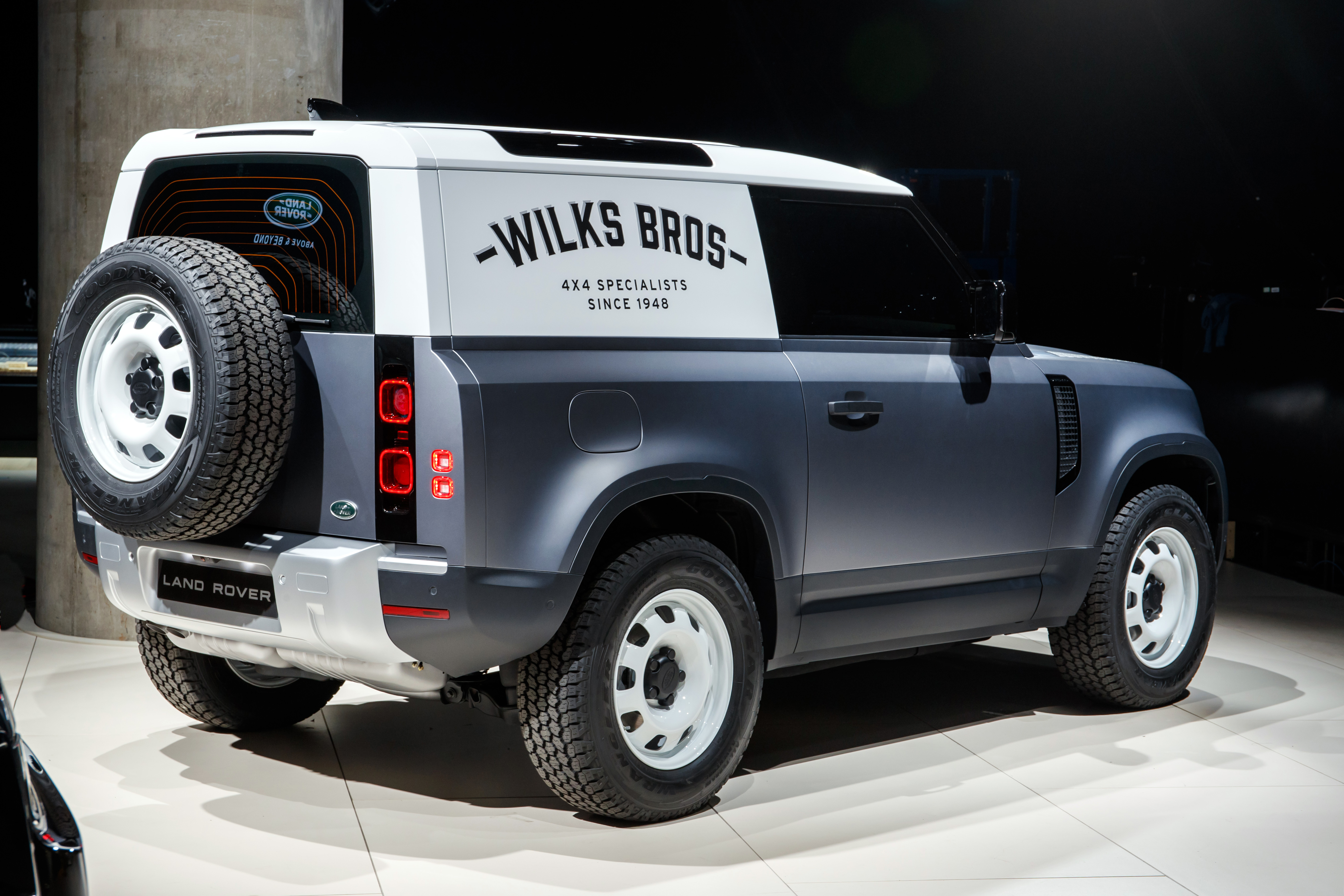 Everything is so relaxed. It doesn’t feel half its weight. Now let’s have a poke around the cabin. Yes, it is premium — with digital screens and wifi and head-up display and a fridge — but you don’t have to be precious about it.

I stopped for a leak in a lay-by and thought, “Oh balls, my shoes will muck up the wool carpet”.

Wrong. Defender has rubber flooring because underneath all the glamour it is still a workhorse at heart. The cross-beam dash with grab handles at each end is another nod to its obvious strength.

As are the exposed door screws. They look ace. Mistakes? It needs a big switch for selecting the off- road modes. 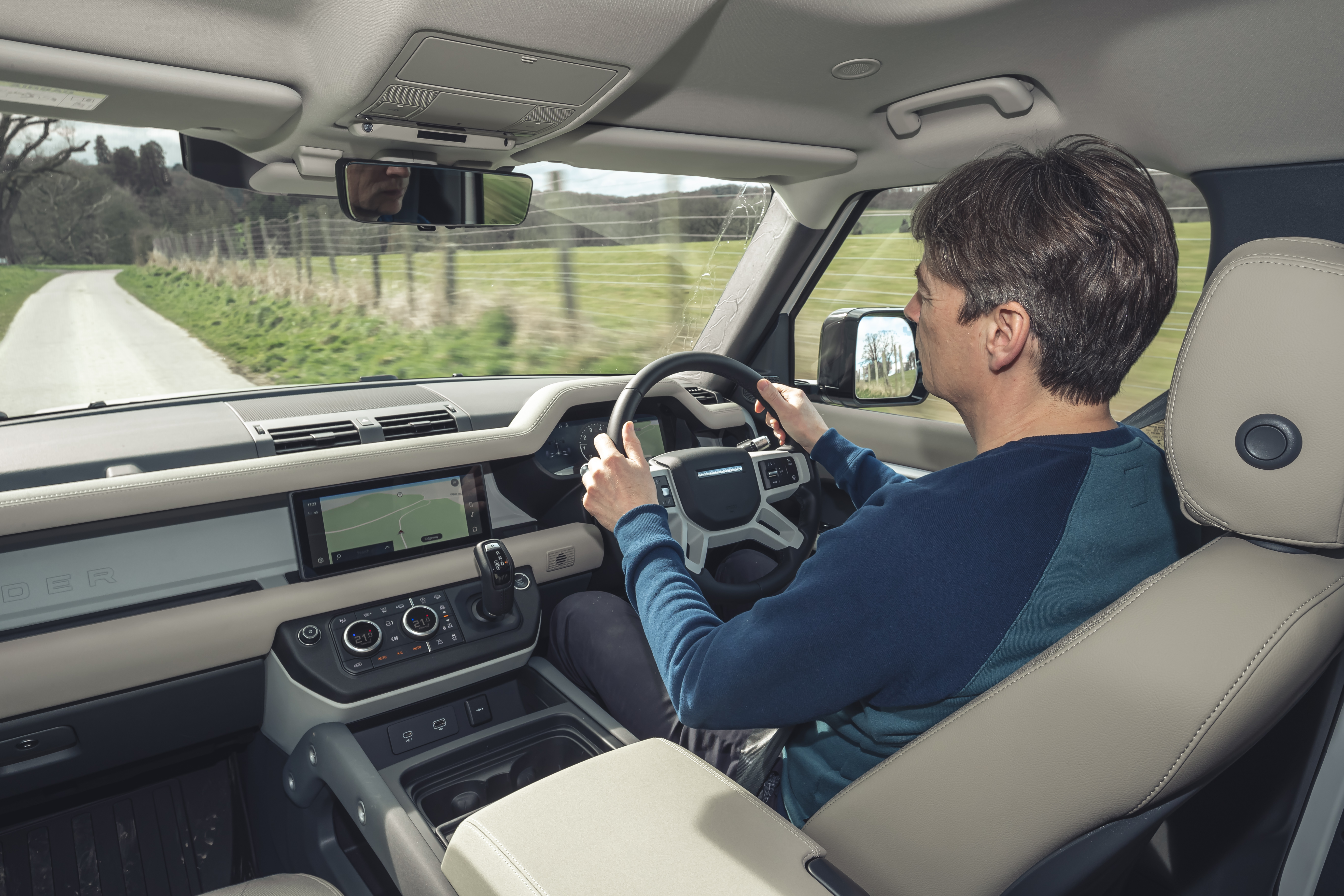 Something with a bit more drama than a touchscreen menu. And the chunky door pillars make turning right at a T-junction difficult.

That said, I’d still tick the box for the middle seat up front. That turns the 90 into a six-seater and means you can have the 110 with five, six or seven seats.

Speaking of options, there are enough “adventure accessories” to fill an Argos catalogue. The kit list includes a rooftop tent with extendable ladder, a pressure washer and an air compressor for blow-up beds.

Finally, what’s it like when the road ends? Of course, it’s next level. Point it at anything — mud, sand, rocks, ditches, ravines — and it will get over it. It does everything so well and so easily. Bosses insist this is the most capable Land Rover ever — and I believe them. 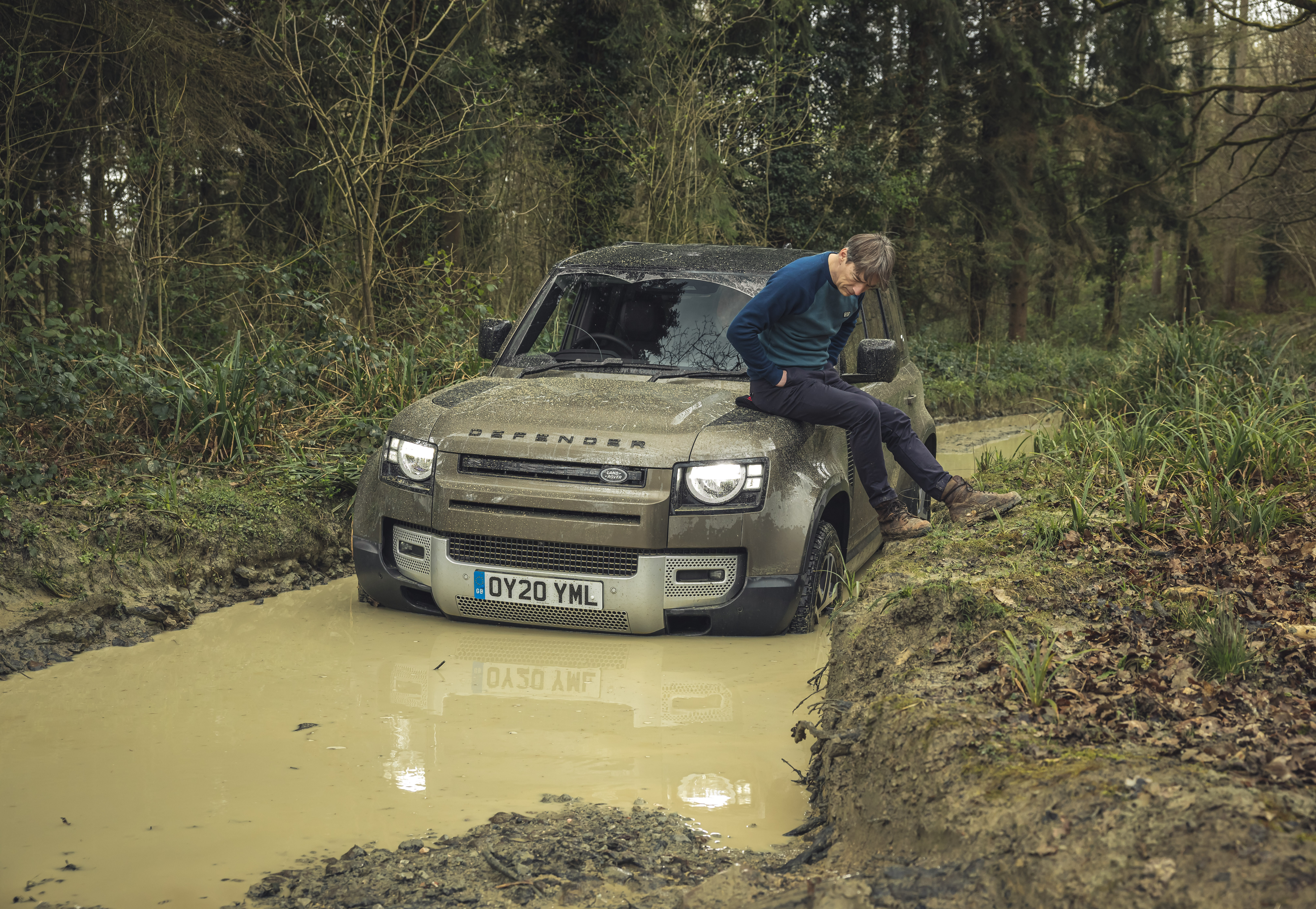 Trick diffs and a configurable terrain-response system combine to drag itself up and down slopes that a mountain goat would bleat at.

M-e-e-e-e-e-e-e-h. You just steer. It’s remarkable. And it’s got 360-degree cameras to show you exactly what’s going on. That’s it, I’m done. The new Defender is finally here — tough, trendy and hi-tech.