A Democratic state lawmaker from Maryland was reportedly fined $15,000 by the state physician’s board and officially reprimanded for logging into remote legislative meetings from the operating room, according to reports.

Dr. Terri Hill, a state delegate and board-certified plastic surgeon, allegedly engaged in “unprofessional conduct in the practice of medicine” for joining at least two Zoom meetings with other lawmakers in the last year while she was involved in a surgery, according to the Baltimore Sun.

The 62-year-old Harvard- and Columbia-educated lawmaker defended herself by claiming she received consent from the patients before joining the Zoom meetings.

One patient said she didn’t remember being asked for her consent and said it was concerning to her that her surgeon’s attention was divided, FOX 45 Baltimore reported.

The position of state delegate is technically a part-time job and legislators earn around $50,000 a year, according to the Sun.

The lawmaker has agreed to pay the fine and she acknowledged her mistake in a statement this week after previously defending her actions.

“As a physician and a professional, I always look for ways to improve my practice,” she said, according to the Sun. Sometimes this includes accepting constructive criticism from others. I accept the Board’s decision that I could have done better.” 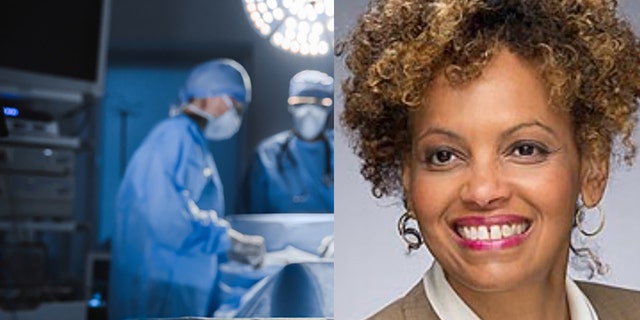 Dr. Terri Hill, a state delegate and board-certified plastic surgeon, was fined $15,000 by the state physician’s board and officially reprimanded for "unprofessional conduct in the practice of medicine"
(iStock/Maryland House of Delegates)

In remote a public hearing in February, Hill was on camera apparently with a patient undergoing “major abdominal surgery” when she presented a bill. She had a solid blue background in the video but was seen in her scrubs, according to FOX 45.

In a March voting session the operating room for a “major abdominal and back surgery” could be seen behind her, the newspaper reported.

The Maryland Board of Physicians opened an investigation into the matter after a complaint was made and she was found guilty of “unprofessional conduct in the practice of medicine.” Along with the fine, she will be officially reprimanded, according to the newspaper.