McCarthy backs Boebert after apology for Omar remarks, but says controversies like hers are 'problems'

“It’s things we would not want to deal with,” McCarthy, R-Calif., said. “The American people want to focus on stopping inflation, gas prices, and others. And anything that deviates from that causes problems.” 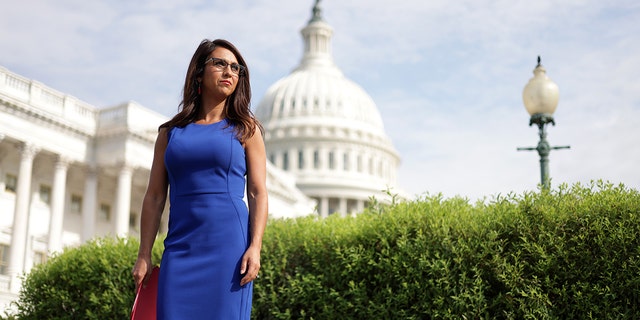 Rep. Lauren Boebert, R-Colo., waits for the beginning of a news conference in front of the U.S. Capitol July 1, 2021 in Washington, D.C.
(Alex Wong/Getty Images)

“It was not an apology, it was a rationalization,” House Majority Leader Steny Hoyer, D-Md., said of a call between Boebert and Omar over the weekend.

“Instead of apologizing for her Islamophobic comments and fabricated lies, Rep. Boebert refused to publicly acknowledge her hurtful and dangerous comments. She instead doubled down on her rhetoric and I decided to end the unproductive call,” Omar said.

House progressives are now formally calling for Boebert to be removed from her committee assignments over the comments. But Republicans warn that if Democrats continue to remove GOP members from their committees as they did with Greene, R-Ga., and Gosar, R-Ariz., Republicans will retaliate if they regain the majority in 2022.

“Did anyone on [Democrats’] side of the aisle talk about when Omar said the only reason I support Israel is about the Benjamins?” McCarthy said Friday. “I never got an apology or a phone call.”