McConnell: Biden 'got it wrong again' when he claimed GOP can't say 'what they're for'

Senate Minority Leader Mitch McConnell responded Thursday to President Biden’s repeated claim that Republicans cannot verbalize “what they are for” to the American people.

McConnell, R-Ky., told Fox News the GOP has been vocal about what Republicans view as the most pressing issues in the country.

During his Wednesday press conference, Biden said the “fundamental question is ‘what’s Mitch for?'” before claiming the Senate minority leader would do “anything to prevent Biden from being a success.”

“If the president wants to reinvent himself and come back to the middle, we have things to talk about that we can work on together,” McConnell proffered.

He added that the American people also are not fans of the Build Back Better package, whether it is broken into pieces or not.

“They want us to tackle all the problems that they are concerned about inflation at the top of the list, and a wide-open border.”

McConnell also dismissed claims from Biden and Democrats that voting rights are still an issue in the U.S. almost 60 years after the Voting Rights Act was enacted. The senator, 79, recalled being a young Hill staffer in 1965 when Congress passed the landmark legislation.

He cited the record turnout by American voters in 2020, remarking that it was the highest rate of such since 1900.

“No incursion into Ukraine is acceptable. What should we be doing about it right now? Well, first we ought to be sending anti-tank weapons to the Ukrainians, helping them learn how to use them, and ground-to-air missiles to go after the helicopters that might be a part, obviously of any Russian incursion, as well as being ready to levy a level of sanctions the Russians have never experienced before,” he said. 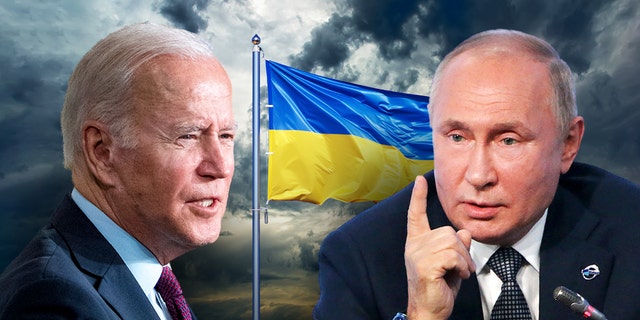 In closing the interview, Baier pressed McConnell on former President Donald Trump’s role or prominence in the 2022 midterm elections.

“Do you think that former President Donald Trump will be a help to you in the midterm elections?” Baier asked.

“I think the midterm election almost certainly is going to be a referendum on the party in power,” McConnell replied. “This is an entirely Democratic government: Democratic President, House and Senate, they are in charge of governing. And these midterm elections are always a report card on the performance of those who are in charge, those who are governing. I think the American people are about to send this administration a pretty big message that they do not approve of all the things that are going wrong.” 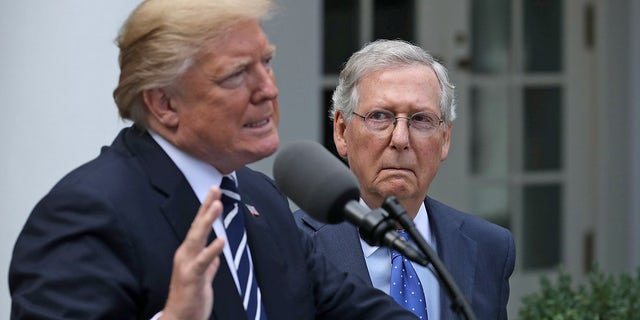 WASHINGTON, DC – OCTOBER 16:  U.S. President Donald Trump (L) and Senate Majority Leader Mitch McConnell (R-KY) talk to reporters in the Rose Garden following a lunch meeting at the White House October 16, 2017 in Washington, DC. Trump and McConnell tried to erase reporting that they were not on the same page with the GOP legislative agenda and priorities.  (Photo by Chip Somodevilla/Getty Images)

In recent months, Trump and McConnell have shared an icy relationship, with the former president dubbing McConnell “the Broken Old Crow”.

Baier pressed again as to his thoughts on the 45th president, playing a clip of Graham telling Fox News that the GOP “doesn’t have to kiss Trump’s ass but [has] to have a working relationship with him for us to be successful.”

“Well, I appreciated Lindsey Graham’s tweet last night, commenting on my closing speech before we saved the Senate from the Democrats who were trying to break the Senate last night,” McConnell replied, referring to an attempt by Majority Leader Charles Schumer, D-N.Y., to eradicate the chamber’s 60-vote threshold precedent.

“[A]ll Republicans, believe me of all stripes, will be together voting to send this administration a strong message this November,” McConnell said, never mentioning Trump.