Mercedes just unveiled the latest version of its most opulent sedan: a $175,000-plus chariot complete with 5 screens and massaging seats

For some people, the $100,000-and-up Mercedes-Benz S-Class just isn't expensive or luxurious enough. For them, there's the Mercedes-Maybach S-Class, a lavish land yacht that starts in the neighborhood of $175,000 and is aimed at buyers who have chauffeurs to whisk them around town.

Mercedes took the wraps off of the 2021 version of the sedan during an online event Thursday, revealing a revamped exterior design and a host of new, ultra-luxurious features inside the cabin. It stands to reason that, since Maybach owners don't spend much time in the driver's seat, most of the exciting interior upgrades can be found in the back seat.

And — with a wheelbase that's several inches longer than the standard S-Class — there's plenty of room back there for swanky features like massaging leg rests, a multicolored ambient-lighting setup, champagne flutes, and copious amounts of wood trim.

Although most of us will never know such luxury firsthand, you can take a virtual look at the 2021 Mercedes-Maybach S 580 below: 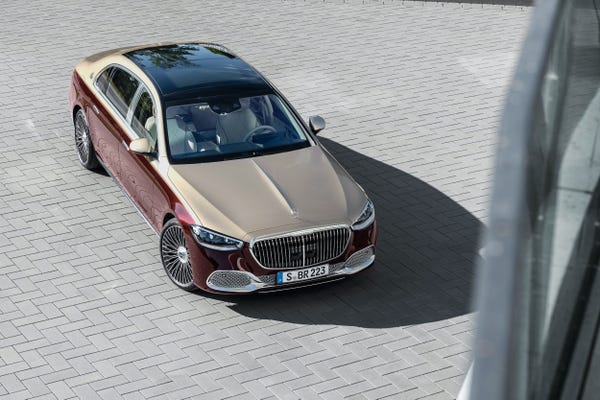 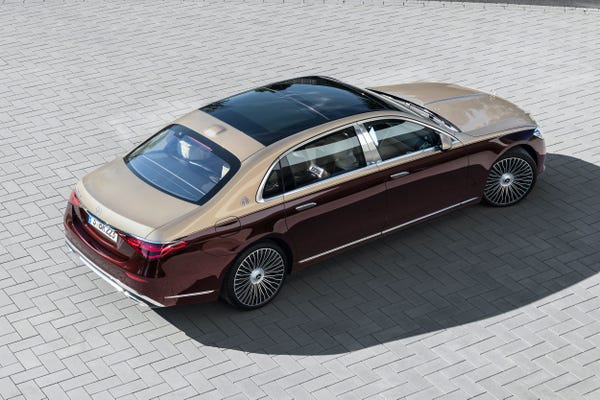 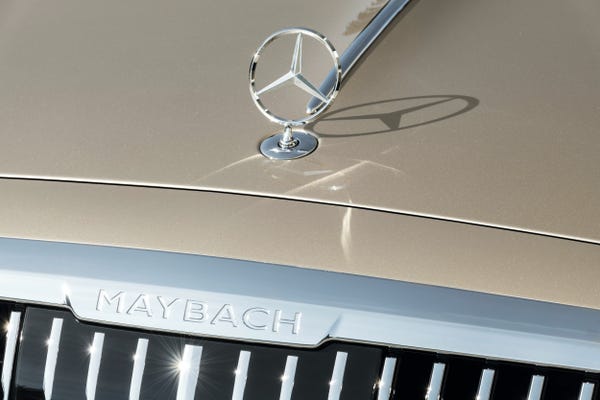 And by the illuminated Maybach emblem on the C-pillar. 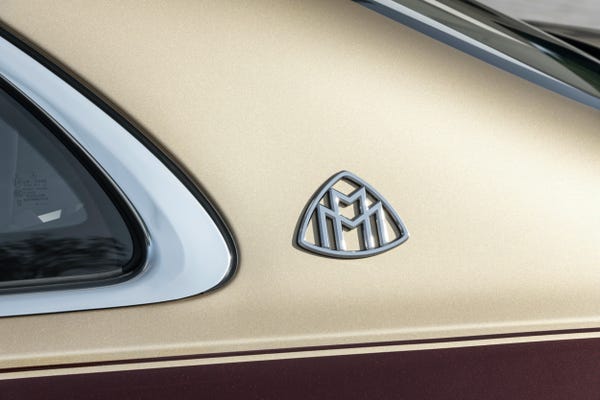 The 2021 Mercedes-Maybach S 580 has a wheelbase that's seven inches longer than the standard model, and is larger all around than its predecessor. 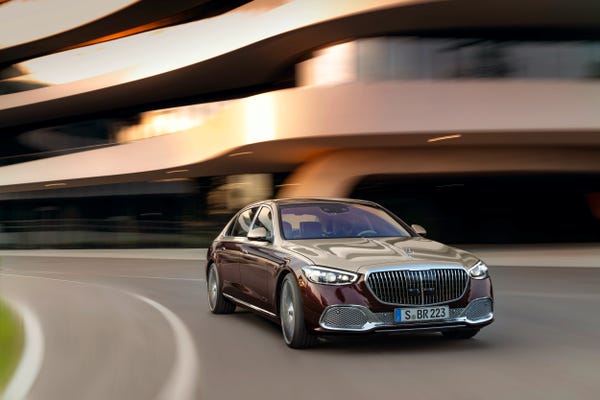 It's powered by a twin-turbocharged V8 with a claimed 496 horsepower and 516 lb-ft of torque, and it rides on cushy air suspension. 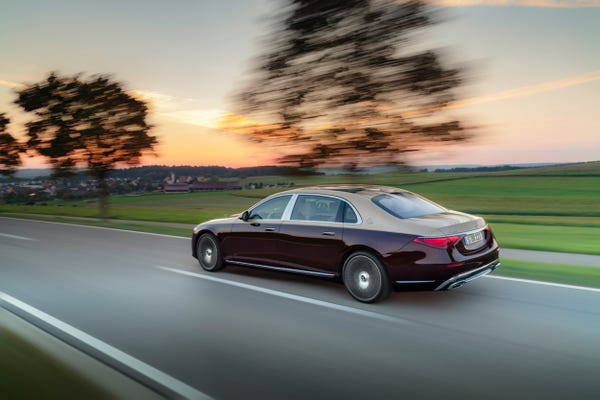 However, you don't spend deep six figures on a Maybach for its classy look or its performance, you do it for its palatial interior packed with optional and standard luxury features. 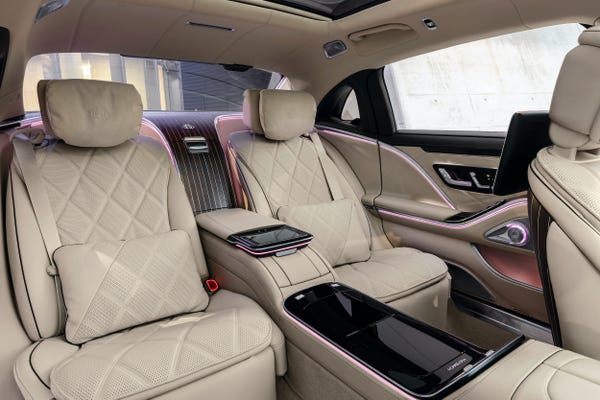 The leather seats have more massaging capability than before, now offering up ten preset programs, two levels of intensity, and massaging calf rests. 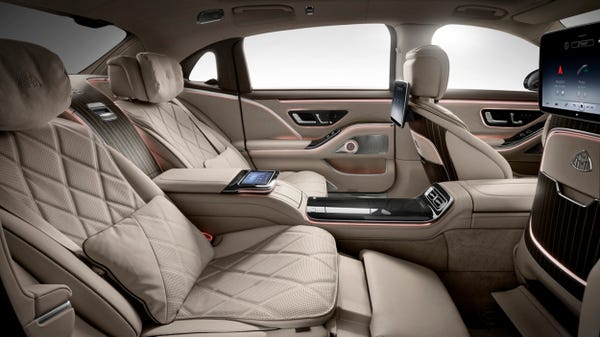 Naturally, the seats are climate-controlled as well, and they now include neck and shoulder heating functions. 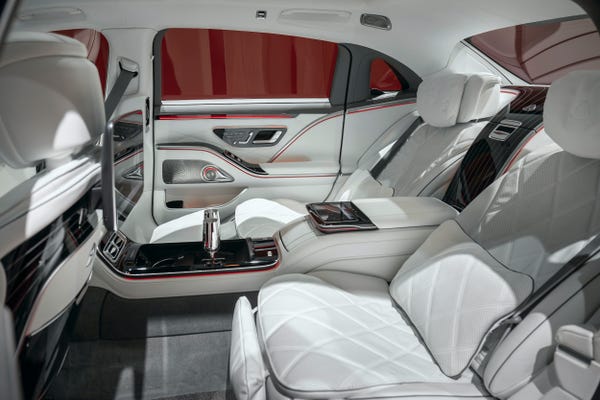 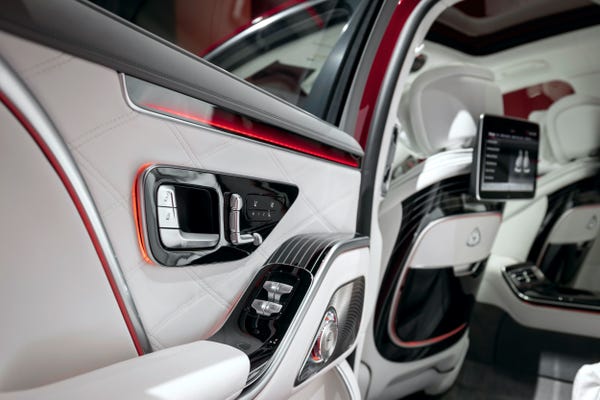 Even the Maybach's new rear airbags are fancy, deploying in a "gentle manner," according to Mercedes. 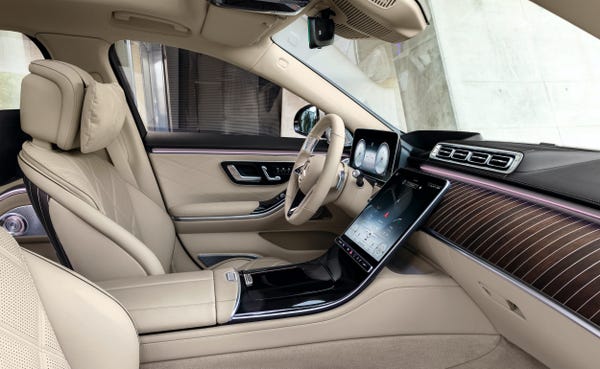 The electronic rear doors swing open at the push of a button and can be operated from the driver's seat. 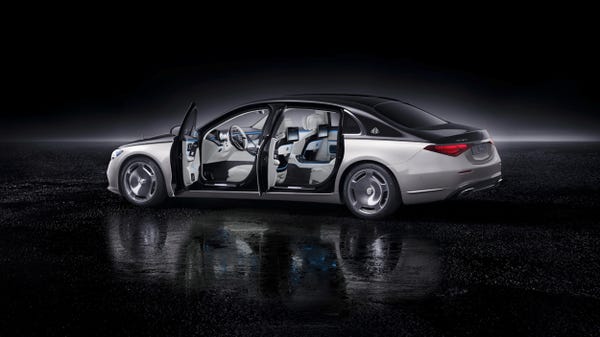 The doors have flush-mounted handles that pop out when they're needed. 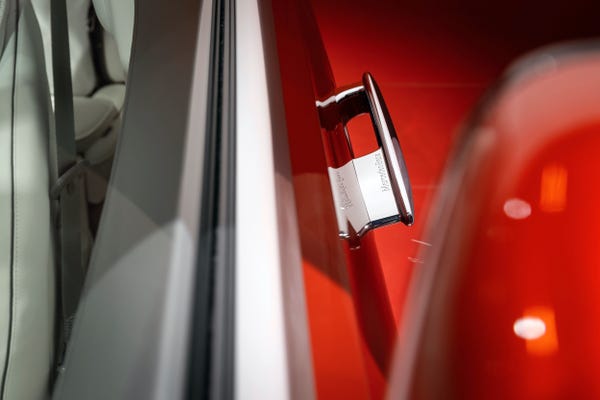 Buyers unsatisfied with the leather-to-wood balance in the cabin can now opt for wood trim on the front seat backs. 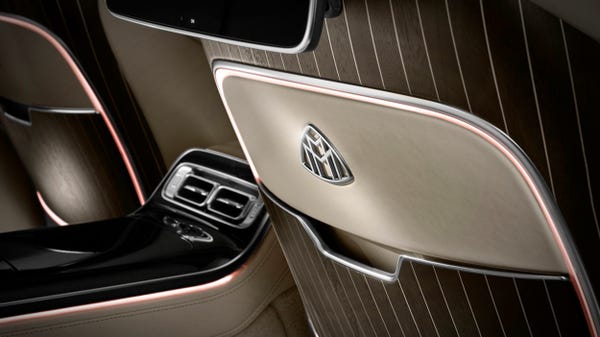 They can also potentially outfit their vehicle with up to five screens, including a digital gauge cluster, a 12.8-inch center touchscreen, a rear tablet, and two rear-mounted displays. 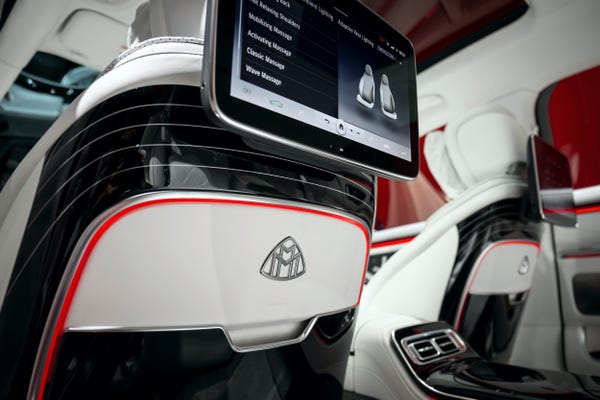 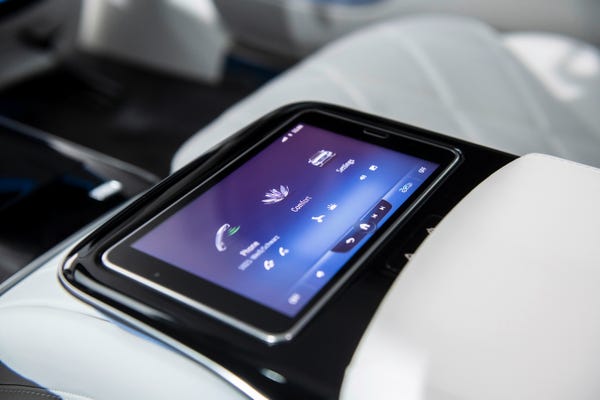 Other options include a refrigerated cubby and a champagne flute set with spots on the armrest to hold them. 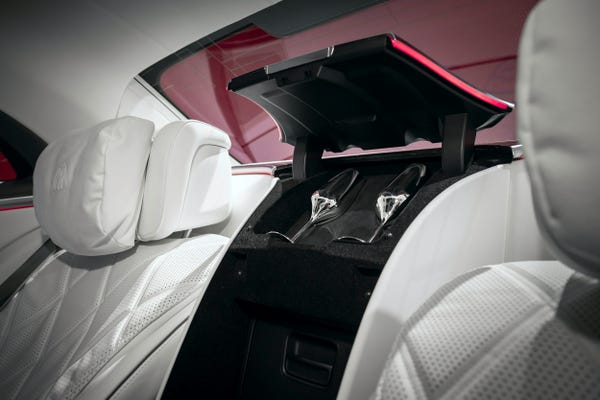 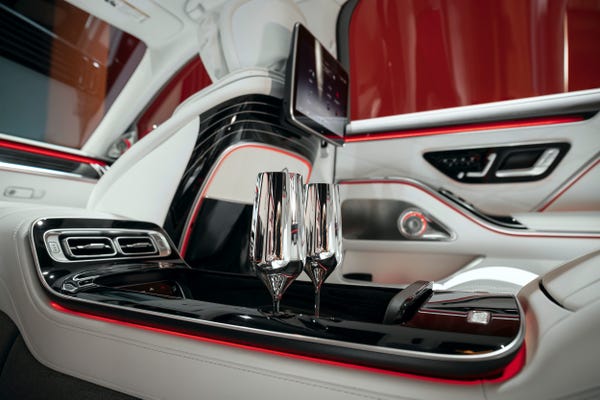 Some other standard features include 64-color ambient lighting, a fragrance system, and powered window shades. 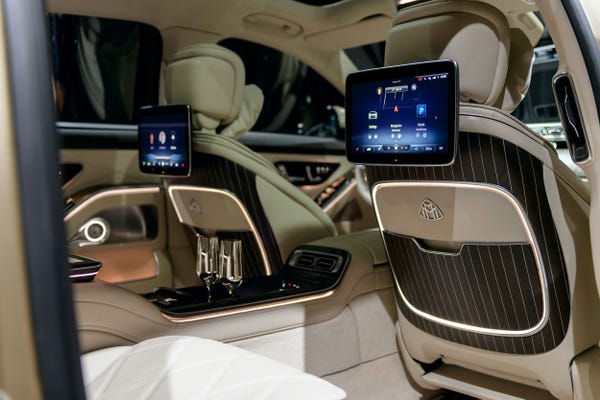 For extra comfort, Mercedes outfitted the Maybach S-Class with an active noise-canceling system. 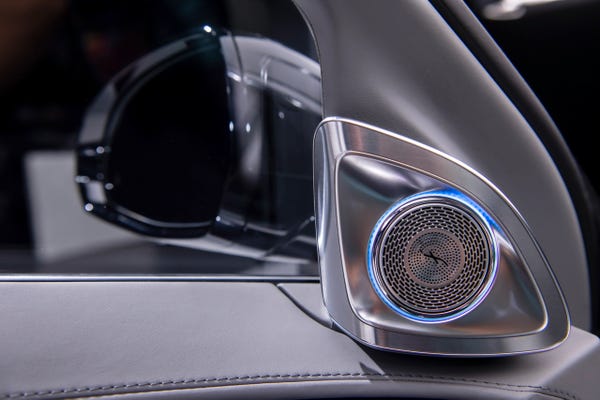 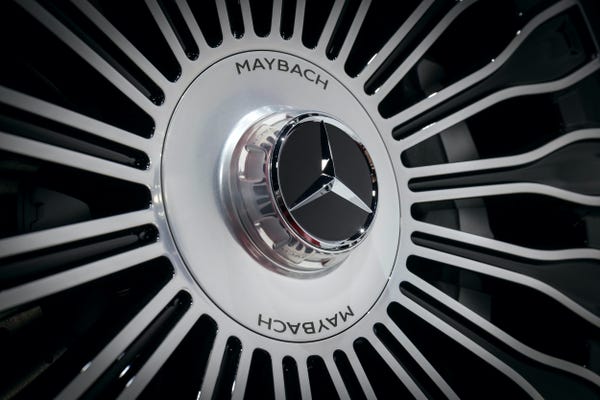 The new model doesn't have a price yet, but Mercedes did say it will arrive at US dealers in the middle of next year. 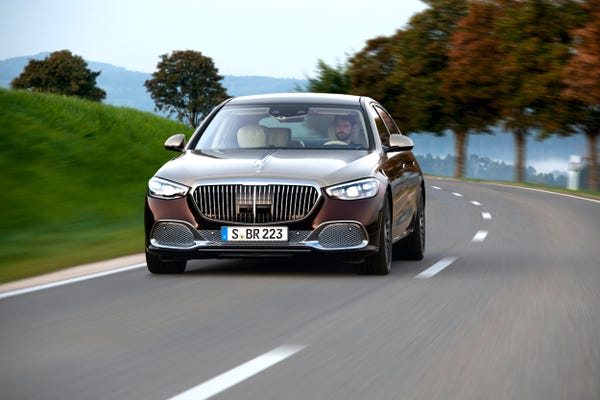 Mercedes said the model takes aim at the Bentley Flying Spur, which indicates a starting price of roughly $200,000. 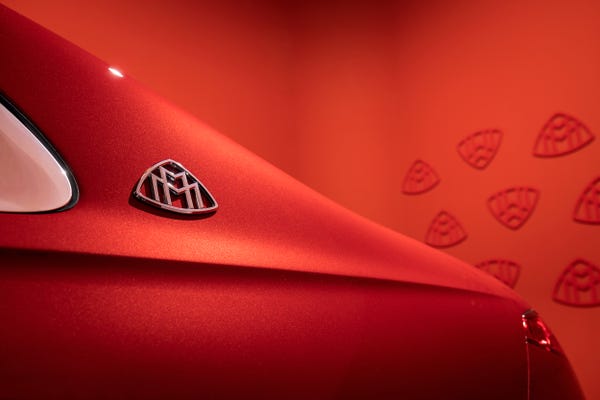