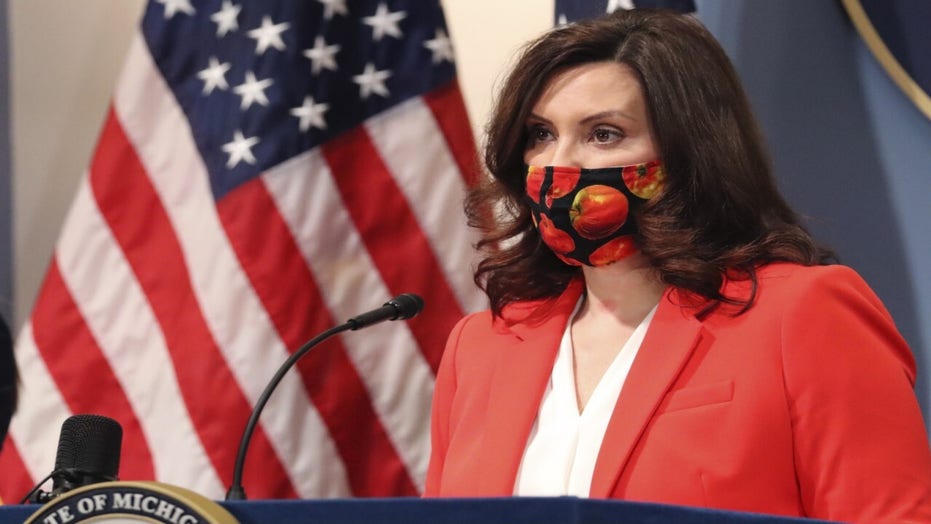 Michigan Republicans threatened Gov. Gretchen Whitmer with a subpoena Tuesday amid news that Whitmer’s former health department director is set to receive a $155,506 payout after his unexplained resignation in January.

“We want to know if what happened in New York, did that happen here? Can you show us that data? They refused to show us the data,” state Rep. Steve Johnson, chair of the Michigan House Oversight Committee, said at a press conference on Tuesday. “Now, last night we find out that our governor has bought the silence of former Director Gordon with $150,000 of taxpayer money.”

Gordon signed a confidentiality agreement and is set to receive nine months’ worth of salary after his sudden resignation in late January, The Detroit News first reported. 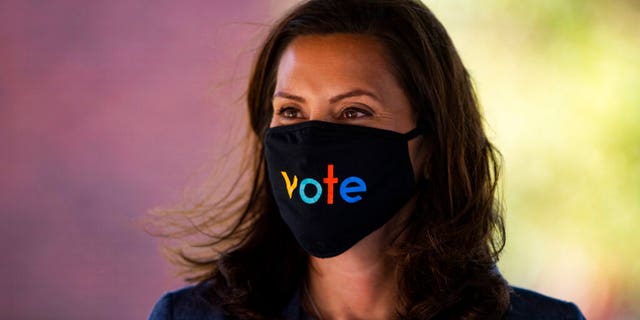 Michigan Gov. Gretchen Whitmer wears a mask with the word "vote" displayed on the front during a roundtable discussion on healthcare, Wednesday Oct. 7, 2020, in Kalamazoo, Mich. (Nicole Hester/Ann Arbor News via AP)/

“What I want to know is, what are they hiding?” Johnson said. “We are going to begin an investigation. … It came to light that it’s not just Director Gordon but his aide as well has one of these agreements. Our office has issued a request for a copy of each agreement.”

“The Oversight Committee will be doing hearings on this matter. We are reaching out to the department, asking them to come forward testify on this matter,” Johnson said. “If we have to do a subpoena, we will.”

Whitmer previously dodged a question about whether she was behind Gordon’s departure, which was so abrupt it came just eight hours after he had issued an order allowing indoor dining to resume.

“To lead this department in unimaginable circumstances, it has been grueling,” Whitmer said at a Jan. 25 press conference according to The Detroit News. “On behalf of all of the people of Michigan, I want to thank him for his service to our state. He worked hard to protect our public health.”