A group of moderate House Democrats is threatening to torpedo their party’s $3.5 trillion spending plan unless House Speaker Nancy Pelosi brings the bipartisan infrastructure bill for a vote first – an act of direct defiance to the speaker and a bold exertion of power with Democrats holding just a slim majority in the chamber.

“Some have suggested that we hold off on considering the Senate infrastructure bill for months – until the reconciliation process is completed. We disagree,” the group of nine Democrats said in the letter. “With the livelihoods of hardworking American families at stake, we simply can’t afford months of unnecessary delays and risk squandering this once-in-a-century, bipartisan infrastructure package.”

The group added: “We will not consider voting for a budget resolution until the bipartisan Infrastructure Investment and Jobs Act passes the House and is signed into law.”

Those nine are more than enough to prevent the budget resolution recently passed by Senate Democrats from making it through the House. Republicans are expected to uniformly vote against it, and the party split in the House is 220-212 with three vacancies.

That injects a strong dose of drama into the process of the House passing the budget resolution, which Pelosi warned earlier this week should happen “without drama.”

The budget resolution is the key that unlocks the budget reconciliation process, which allows Democrats to circumvent the legislative filibuster in the Senate.

Democratic leaders and party progressives are planning to use that process to pass $3.5 trillion of President Biden’s agenda that they could not get through the Senate under regular order due to GOP opposition. But they’ll need the support of their party’s moderates to force the measure through with razor thin majorities in both the House and Senate. 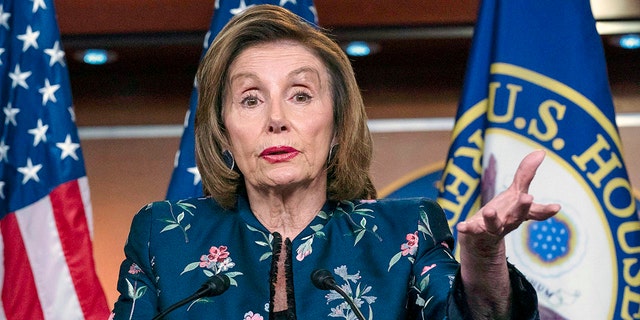 Pelosi, D-Calif., and House progressives like Rep. Alexandria Ocasio-Cortez, D-N.Y., are unlikely to immediately cave to the demand from the moderates. A senior Democratic aide told Fox News Friday that there are not enough votes to pass the bipartisan infrastructure bill in August. The aide said there are “dozens and dozens” of Democrats who won’t vote for infrastructure until the Senate produces a reconciliation bill.

Ocasio-Cortez and other members of the left-wing “Squad” have said that they will not vote for the infrastructure bill until the Senate produces reconciliation bill. And Pelosi has repeatedly said she won’t bring it to the floor.

If progressives and leadership stick together – which it appears they will – then House Democrats could be at a loggerheads indefinitely over which part of President Biden’s agenda to pass first.

“I am not freelancing. This is the consensus,” Pelosi told House Dems on a call this week as she doubled down on their reconciliation timeline.