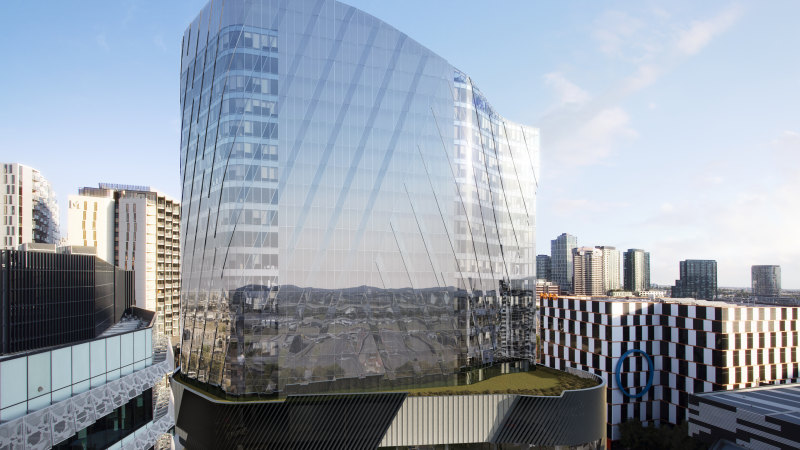 Myer could save $20m a year in rent from shrinking stores

Department store chain Myer could save up to $20 million in rent each year, as it rolls out a program to close stores, shrink floor space and relocate office staff to a lower-cost headquarters.

The struggling retailer said in its half-year result that it would "deliver material cost savings" by working with its landlords, the major shopping centre owners, to reduce its footprint and refurbish stores. 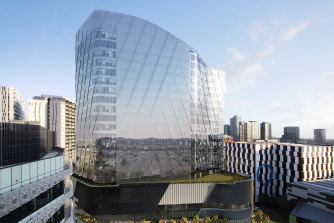 The 24-storey Docklands tower set to be Myer’s new home.

Myer spent a total of $226 million on rent, including retail floor space and offices, in 2018-19, according to its most recent annual report.

Myer and its competitor David Jones have embarked on a program of store closures and space reduction over the past three years in a bid to stem the tide of slowing sales, but continue to pay high rent for unoccupied floors.

The retailer also ditched its clearance floor concept, returning these bargain basement spaces to regular trading or converting them into "dark floors" that are used to store for click-and-collect items.

Scentre Group, the owner and manager of Westfield malls, and Vicinity Centres account for the lion's share of the market and have worked with their department store tenants to accommodate the smaller store initiatives.

Rents for department stores are traditionally much lower than other stores as they take up more space and leases can cover 30-year periods. Older leases can be as low as $200 per sq m over a longer time frame compared to an average specialty store rent of $2000 to $11,000 per sq m per annum, depending on the location.

The landlords have been able to backfill the excess space with other tenants, such as popular international brands, and by extending their food courts.

At the Westfield-managed Warringah Mall in Sydney's northern beaches, the floor space of the Myer store has been halved, with the fast fashion brand H&M taking up the vacated area.

Citi researchers have issued a dire forecast, saying Myer is facing a tough sales outlook, particularly in the bricks-and-mortar channel.

"Closing stores and handing back about 10 per cent of space over time is the right strategy, but will drive further declines in sales, in our view," Citi said.

Myer chief executive John King said refurbishments have commenced at the Cairns store in Queensland and at Karrinyup in Perth, "underpinned by significant landlord contributions".

Many shopping centre owners will be exploring development opportunities for alternate use as a way to maximise the value of their land.

"During the second half, a major upgrade of the Sydney city ground floor and atrium will begin, and work will also commence at our Belconnen, ACT, store to reduce space, followed by a refurbishment. Upgrades are also planned at our Albury and Ballarat stores," Mr King said.

"During January we sublet a further floor of the support office, taking the total space that has been reduced since 2017 to 4½ floors out of 10. Separately, we have signed an agreement for lease to move our support office to a new building at 1000 La Trobe Street in 2022, with a significantly reduced annual rent."

Tony Doherty, head of retail property & asset management for Australa at JLL, said owners and shopping centre managers will be keenly exploring various strategies to backfill discount department stores spaces and the strategy will vary depending on the location of the centre, demographics and the retail mix.

"Many shopping centre owners will be exploring development opportunities for alternate use as a way to maximise the value of their land and as the sector embraces it’s mixed-use future," Mr Doherty said.

Citi's analysts added that reducing the fixed-cost base through labour savings as well as progressing towards the 100,00 s qm space reduction target is a positive, "but unless sales growth returns, all of these cost outs will only hold earnings near current levels".