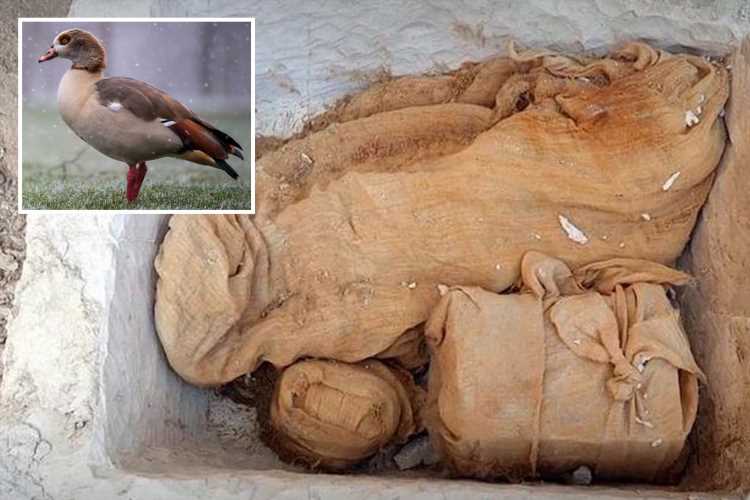 A 3,500-YEAR-OLD box containing the remains of a sacrificial goose has been discovered in Egypt.

The stone artefact also contains a wooden chest engraved with the name of Thutmose II, a famous boy Pharaoh who took the throne aged just 13. 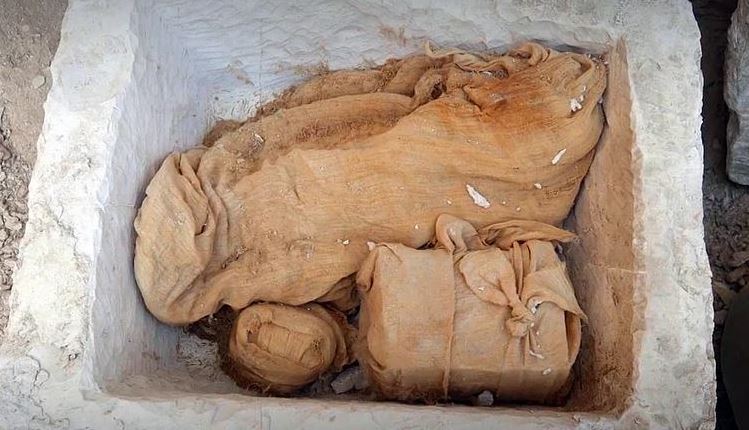 Discovered at the ancient site of Deir el-Bahari, the extraordinary find indicates an untouched royal tomb may be hidden nearby.

Several packages wrapped in linen canvas were found inside the box. One contained the goose and another held the egg of a bird known as an ibis.

Professor Andrzej Niwiński, from Warsaw University, told the Polish Press Agency: "The chest itself is about 40 cm long, with a slight smaller height.

"It was perfectly camouflaged, looked like an ordinary stone block. Only after a closer look did it turn out to be a chest." 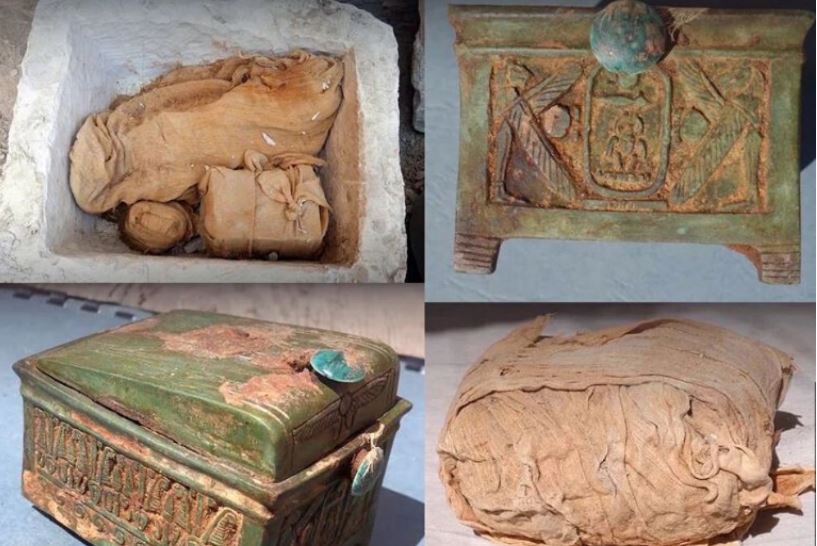 Encased inside the stone chest was a wooden box wrapped in four layers of canvas.

Within this box was a second box in the shape of a chapel. It featured one of the names of Pharaoh Thutmose II.

Thutmose II was married to the famous Queen Hatshepsut.

It's thought he took the throne in his early teens and reigned for just three years before his death aged 16. 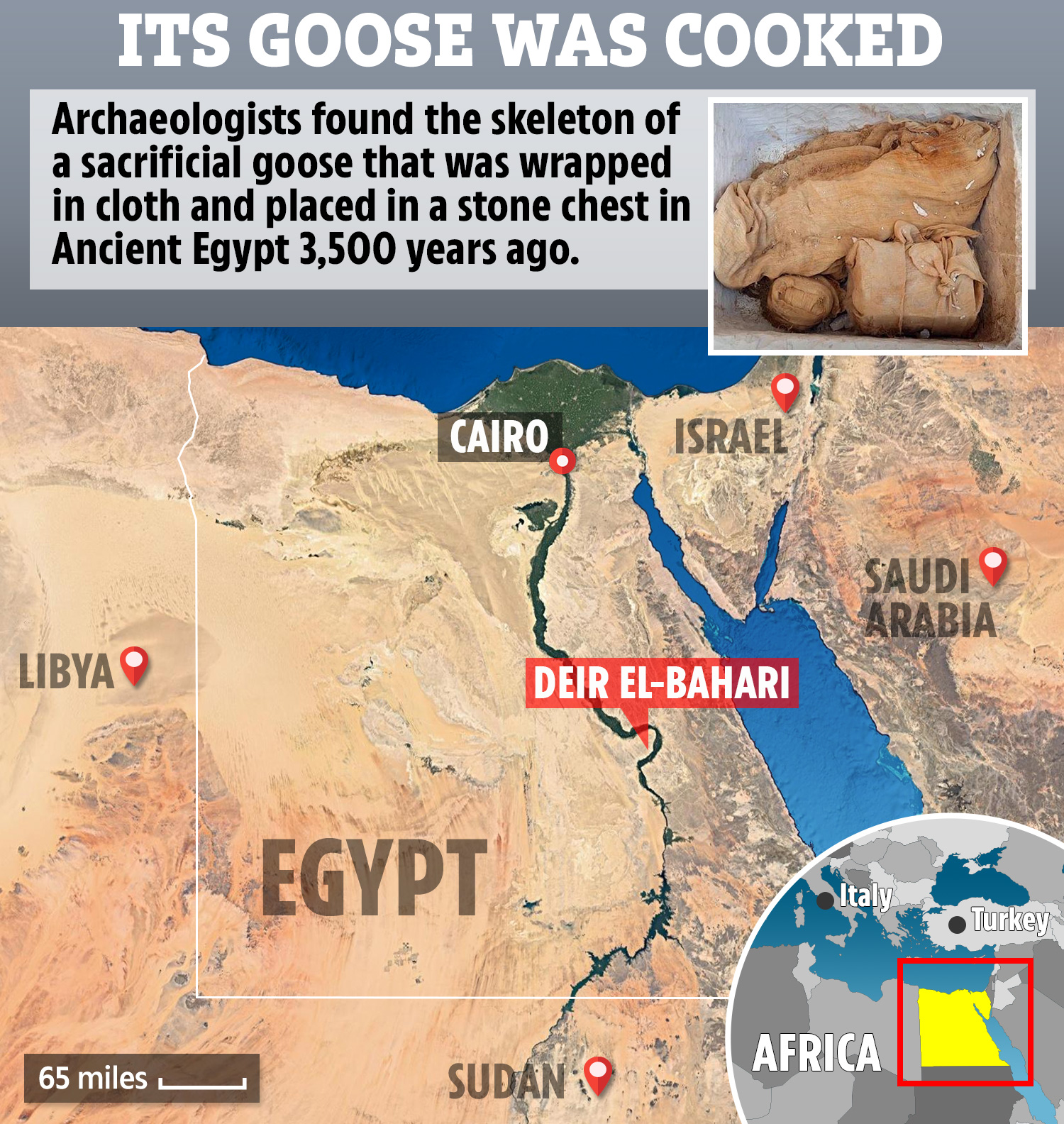 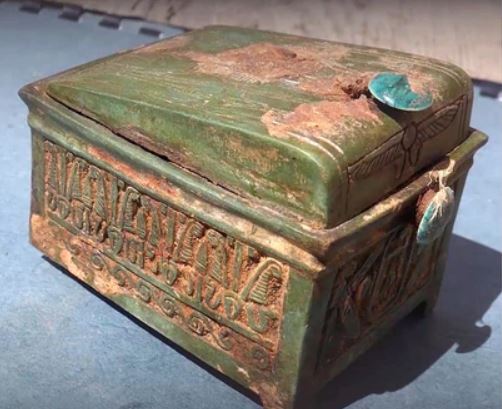 Archaeologists made the extraordinary find at the famous Egyptian site of Deir el-Bahari. It's not clear how or why the goose was sacrificed.

It's a vast complex of temples and tombs located on the west bank of the Nile, opposite the city of Luxor, Egypt.

Based on the artefacts' symbolism and engravings, Professor Niwiński said he had high hopes of finding a hidden royal tomb somewhere nearby the burial.

"The royal deposit implies that a temple or a tomb was erected for the king here," he said. 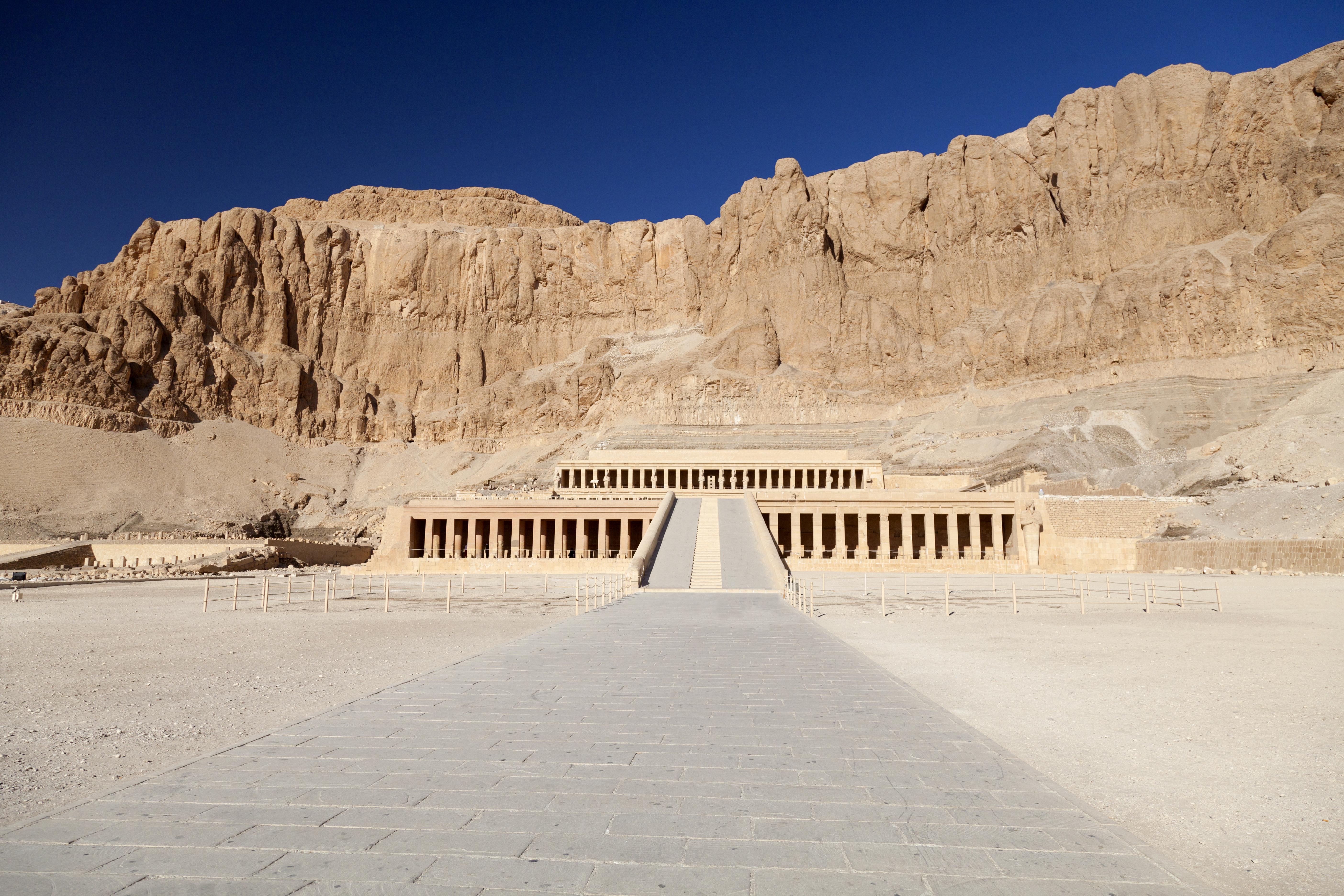 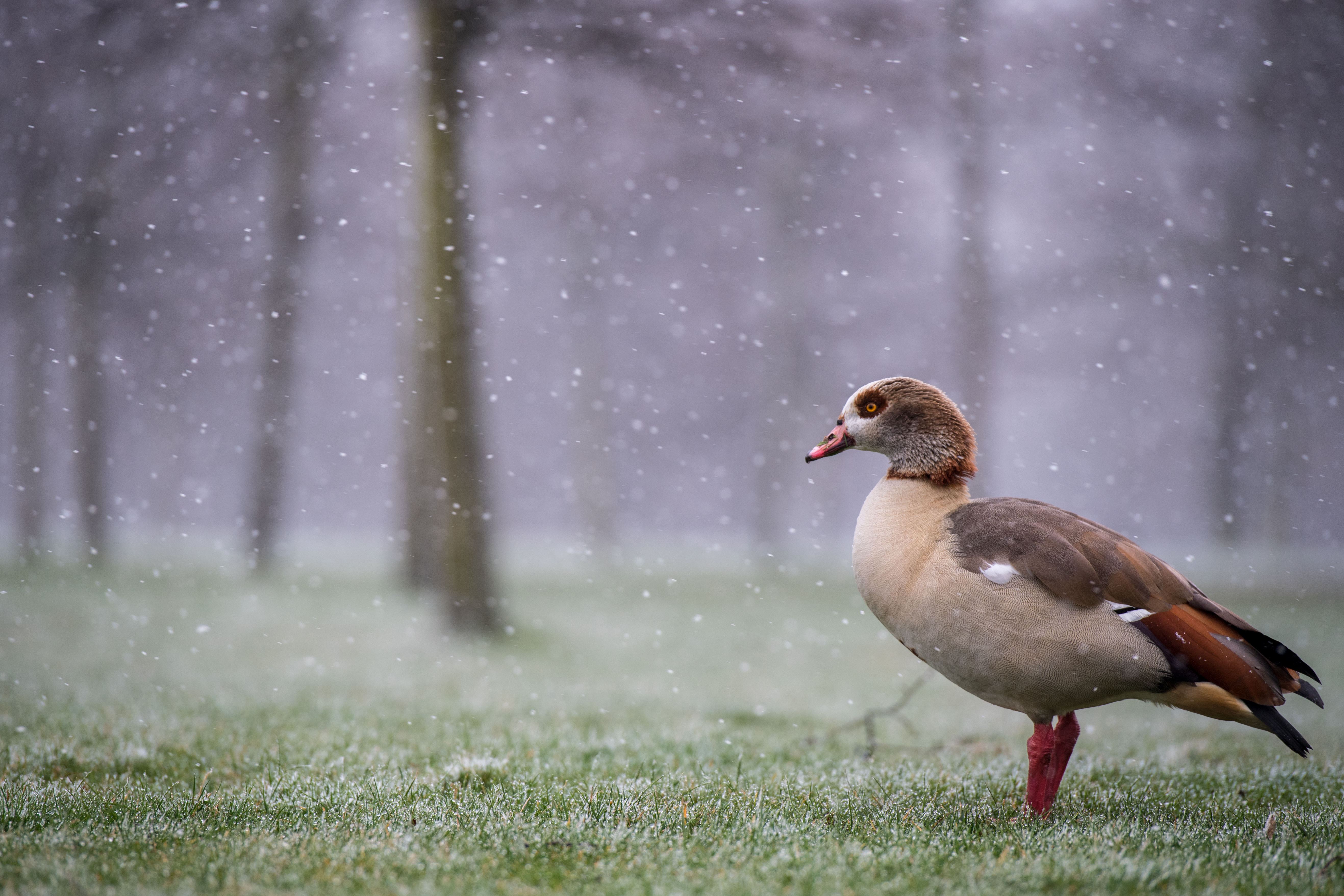 "And because we are in the middle of a royal cemetery, there is no doubt that it must be a tomb.

"The discovery of this deposit suggests that we are in the process of finding a tomb."

The stone chest discovery was made in March last year but only made public this month.

Archaeologists continued their work in October 2019 but are yet to find any entrance to a secret tomb.

A brief history of Ancient Egypt

Here's everything you need to know…

In other news, 16 ancient tombs containing the mummified bodies of high priests were uncovered in Egypt earlier this year.

A rare pink statue of an Ancient Egyptian king was unearthed near the pyramids of Giza in December.

Why do you think the goose was sacrificed? Let us know in the comments!