Nasa photo of space cloud looks like famous movie character – can you see it?

A MESMERISING Nasa photograph of clouds and dust in space looks just like a famous movie character.

That's according to one keen astronomer who has spotted a familiar face hiding in the nebula. 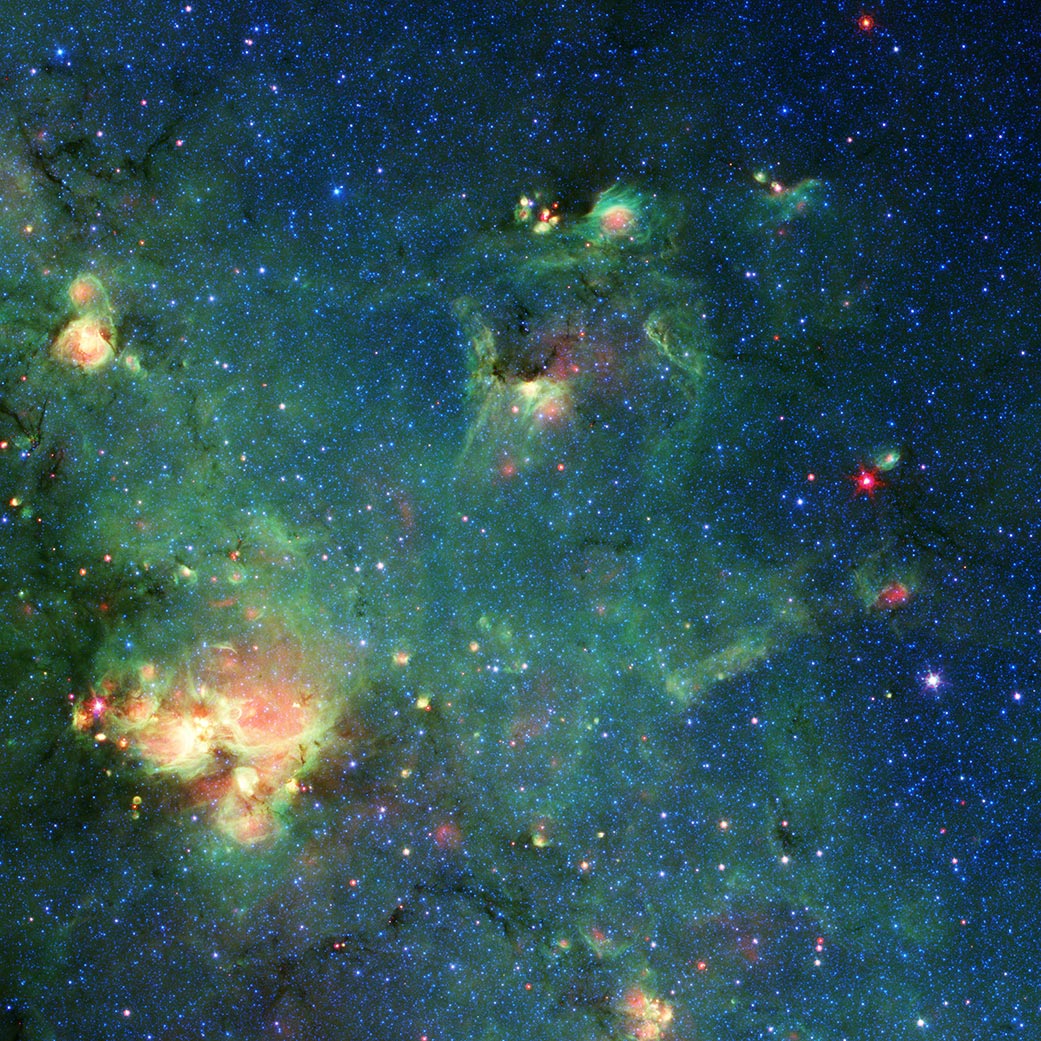 It shows a nebula – a cloud of gas and dust seemingly floating in space.

"Over billions of years, countless stars have formed in the material there," Nasa explained.

"During their lifetimes, the radiation they release carves away the gas and dust, reshaping the cloud."

To the human eye, the region would be mostly obscured by dust clouds.

But infrared light can penetrate these clouds, and reveal regions of space hidden to our own eyes.

So what's actually hiding in the image?

"I just happened to glance at a region of sky that I've browsed many times before, but I'd never zoomed in on.

"Sometimes if you just crop an area differently, it brings out something that you didn't see before.

"It was the eyes and mouth that roared 'Godzilla' to me."

Godzilla is a kaiju – one of several giant monsters popularised in Japanese film.

And his rough shape can be seen sketched below.

The colours in the image (blue, cyan, green and red) are used to represent the different wavelengths of infrared light.

Nasa says Hurt's vision of Godzilla is an example of pareidolia.

That's a scientific term for the human tendency to spot "meaningful images" in random patterns.

The Spitzer space telescope launched in 2003, but was retired in January 2020.

However, its huge dataset is still being mined by scientists – revealing more of the unknown universe that surrounds us.

This Godzilla nebula is located within our galaxy, around 7,800 lightyears from Earth. 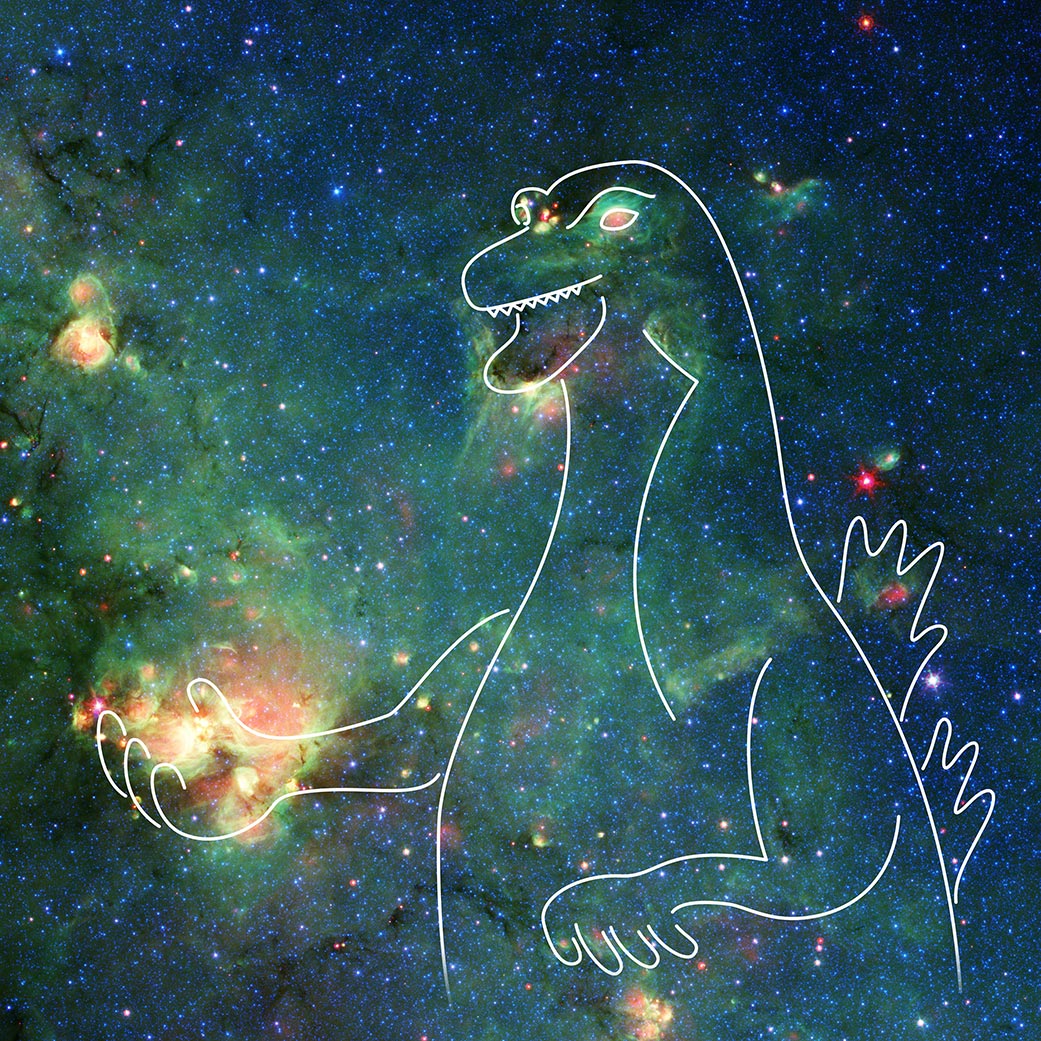 Take a look at your hidden Facebook rejection folder.