NASA has warned that a giant asteroid bigger than the Eiffel Tower will break into Earth's orbit in just over a week.

The huge 1,082 foot space rock is heading our way and should skim past us on December 11. 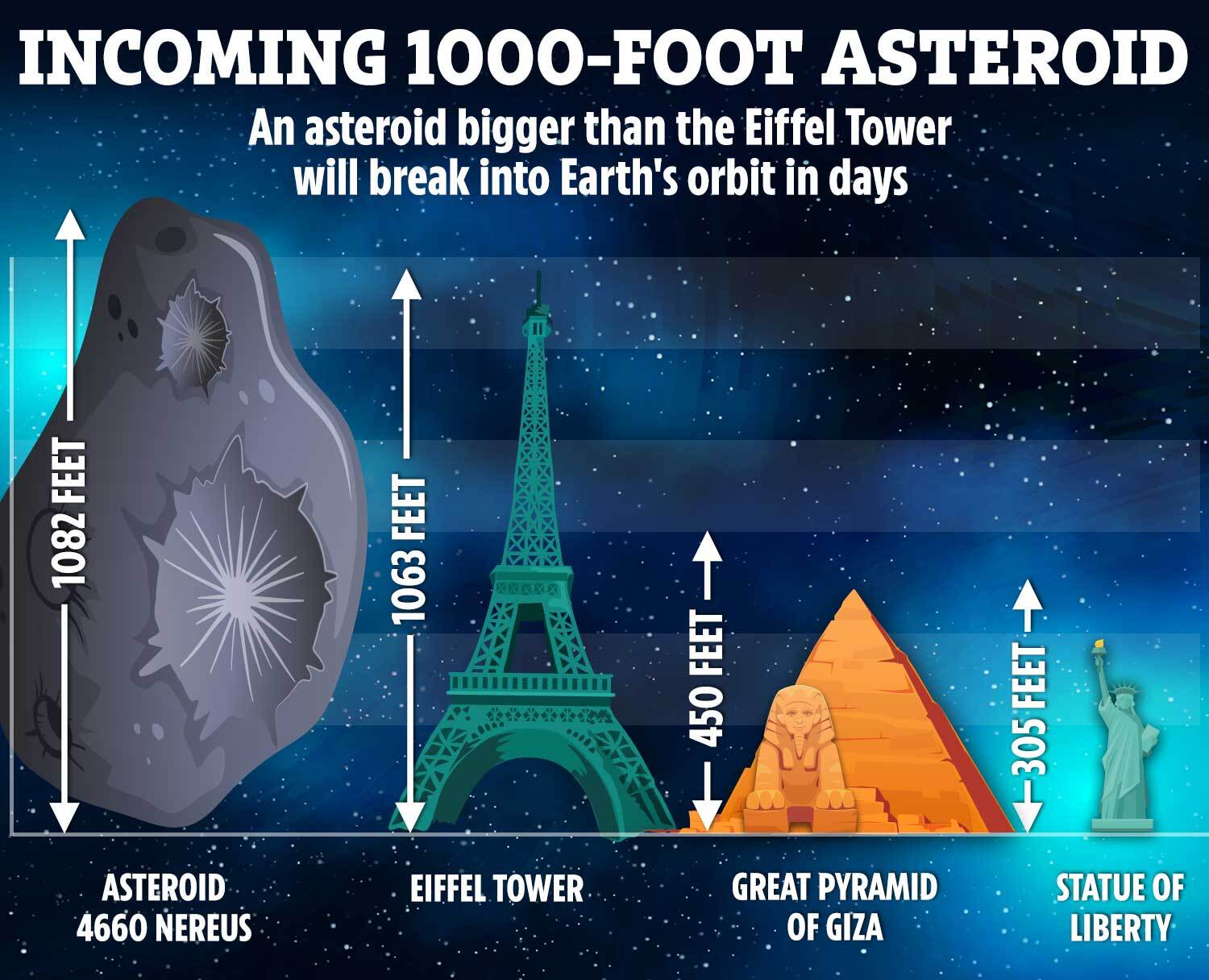 Nasa has its eye on Asteroid 4660 Nereus because it's well over 492 foot long and will come within 4.6million miles of Earth.

That puts it in the "potentially hazardous" category.

There's no need to panic though as Asteroid Nereus isn't expected to impact Earth.

If all goes well it should shoot past our planet at 14,700 miles per hour.

Nasa is expecting the space rock to stay 2.4million miles away from us.

That's about 10 times the distance between Earth and the Moon.

That may seem pretty far away but it's actually close as near-Earth asteroids go.

Nasa considers anything passing within 120million miles of Earth a Near-Earth Object (NEO).

Thousands of NEOs are tracked by scientists to monitor whether they're on a collision course with our planet.

Nasa has a whole table full of them that it constantly updates.

Any fast-moving space object that comes within 4.65 million miles is considered to be "potentially hazardous" by cautious space organizations.

One small change to their trajectories could spell disaster for Earth.

Asteroid Nereus was first spotted in 1982 by astronomer Eleanor Helin.

It passes by Earth fairly frequently so Nasa and the Japanese space agency (JAXA) once considered 'punching' it off course with the Hayabusa spacecraft.

Instead, the space agencies have settled to target Asteroid 25143 Itokawa as part of their Double Asteroid Redirection Test.

In other news, Nasa has plans to put a nuclear power plant on the Moon within this decade.

Android users are being warned to update their phone’s privacy settings after a new update could leave their devices vulnerable.

And, scientists are using the winds on Mars to map out the first complete picture of how it was formed three billion years ago.