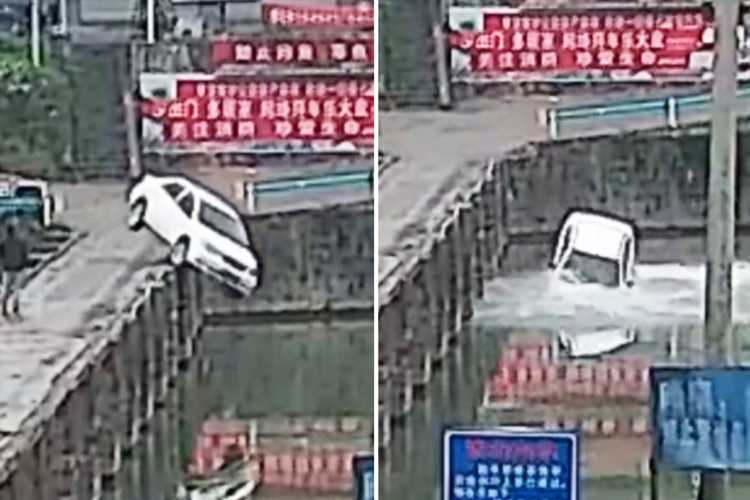 THIS is the shocking moment a man plunges into a river moments after passing his driving test.

The inexperienced motorist was reading text messages from friends congratulating him on passing his exam when he took his eyes of the road. 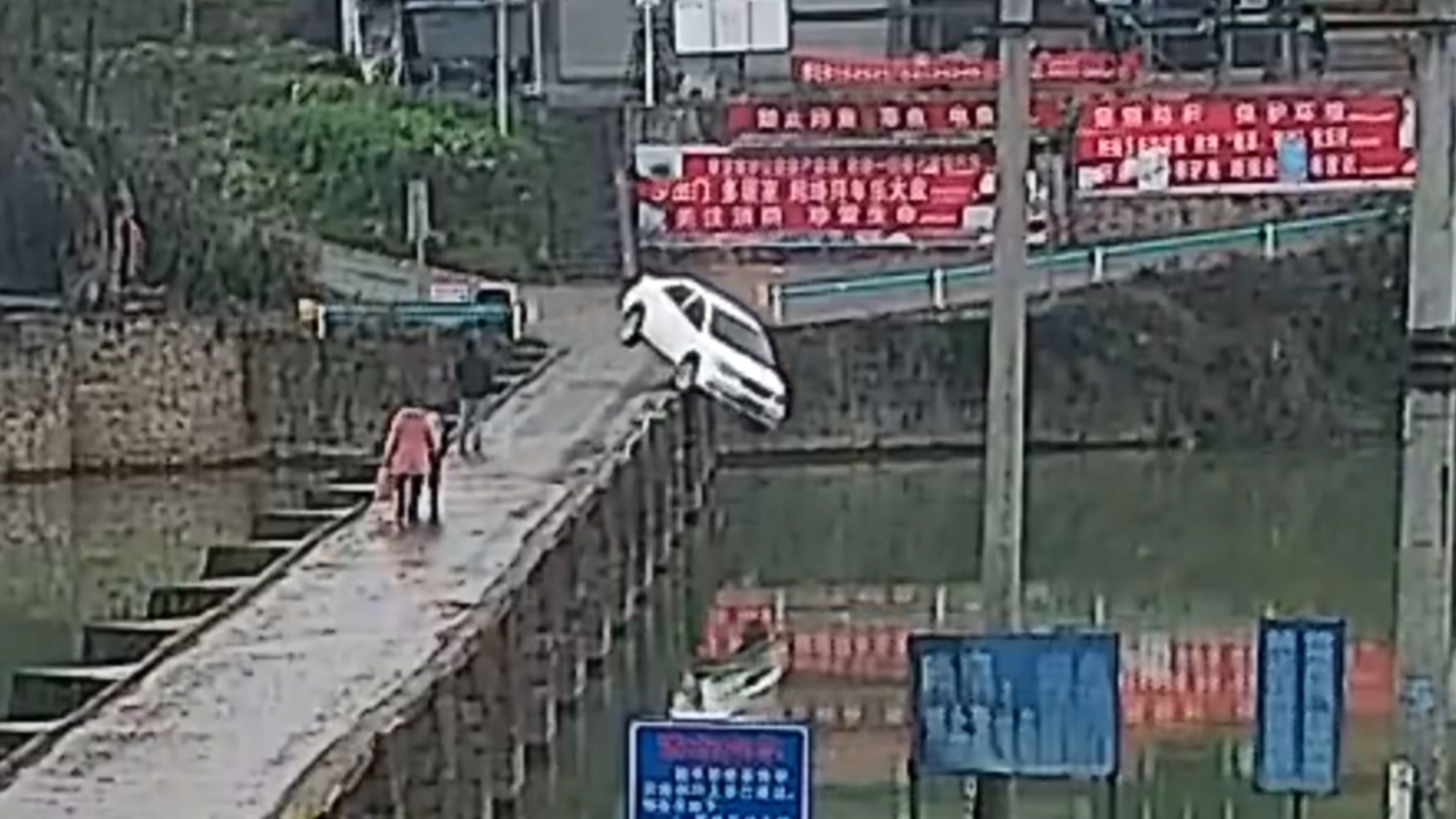 The driver, identified by local media as Mr Zhang, makes a wrong turn onto a bridge when behind the wheel in the city of Zunyi, located in the southern Chinese province of Guizhou.

Footage from the incident sees the white vehicle swerve in order to avoid two people walking on the bridge.

Thankfully, Zhang was able to escape his car before it sunk, but he did dislocate his shoulder in the incident. 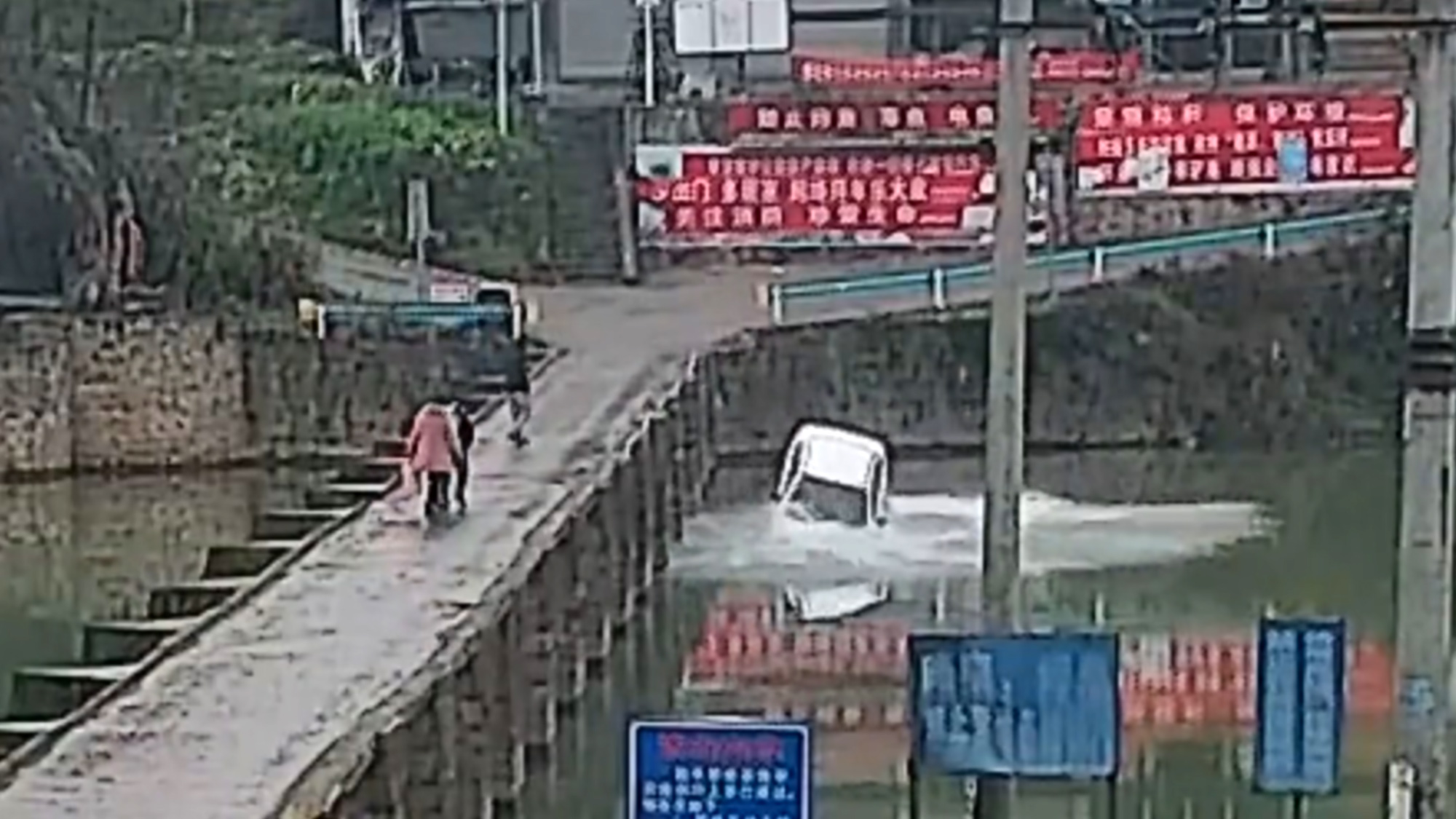 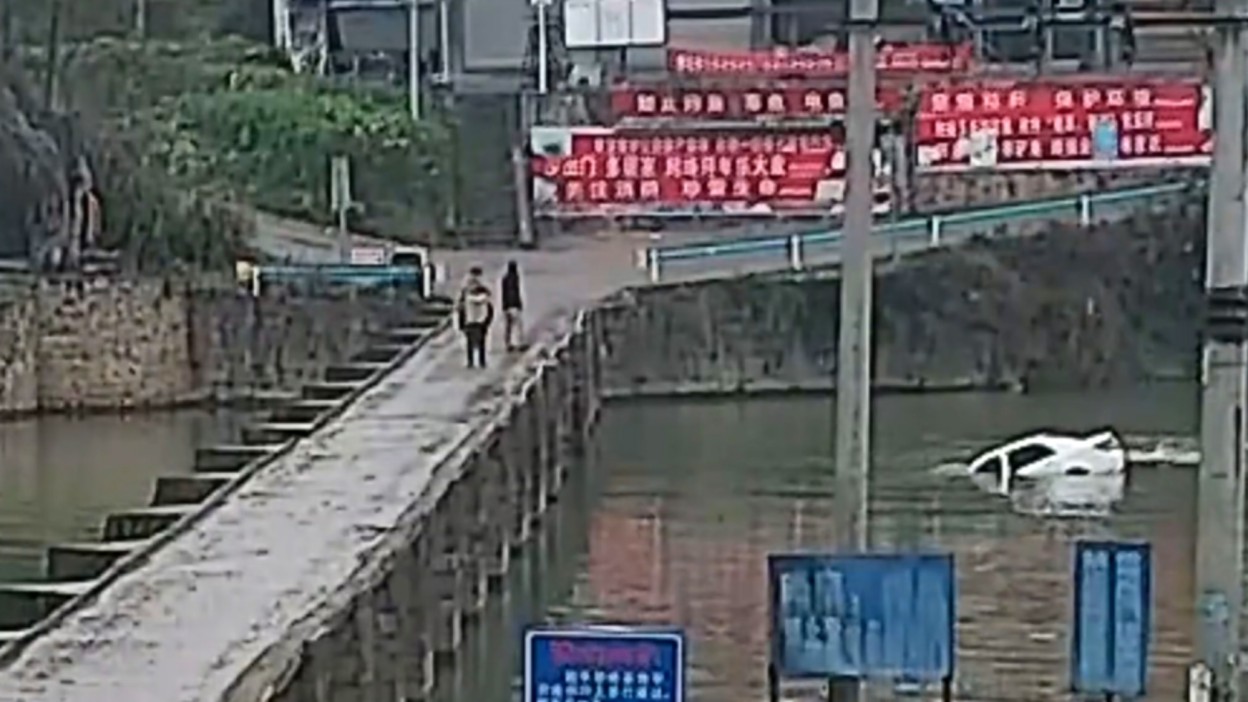 He said: "While I was driving, I tried to grab my phone and read some messages while two people were in front of me on the bridge.

"Luckily, the car floated for a while. I couldn’t open the driver’s door so I had to kick open the door on the other side. Otherwise, I may never have got out."

Worried on-lookers were able to help him out of the water and give him some dry clothes.

Police were able to pull the sunken car out of the water, while a crowd of people watched on in awe.

It's unclear if he will face a penalty over the incident.

The maximum punishment for using your phone when driving in China is two points off your licence and a 200yuan fine (£22). 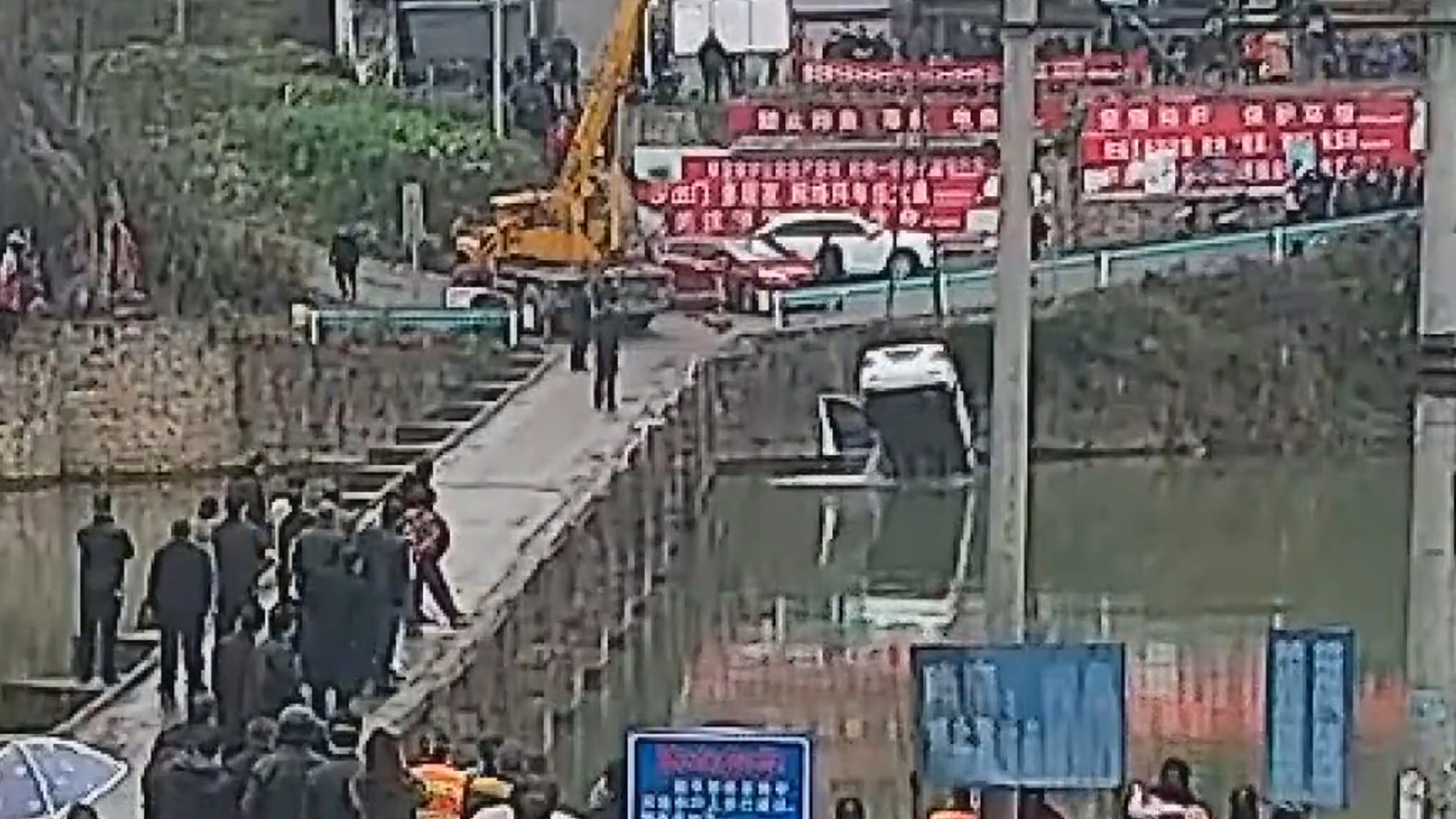 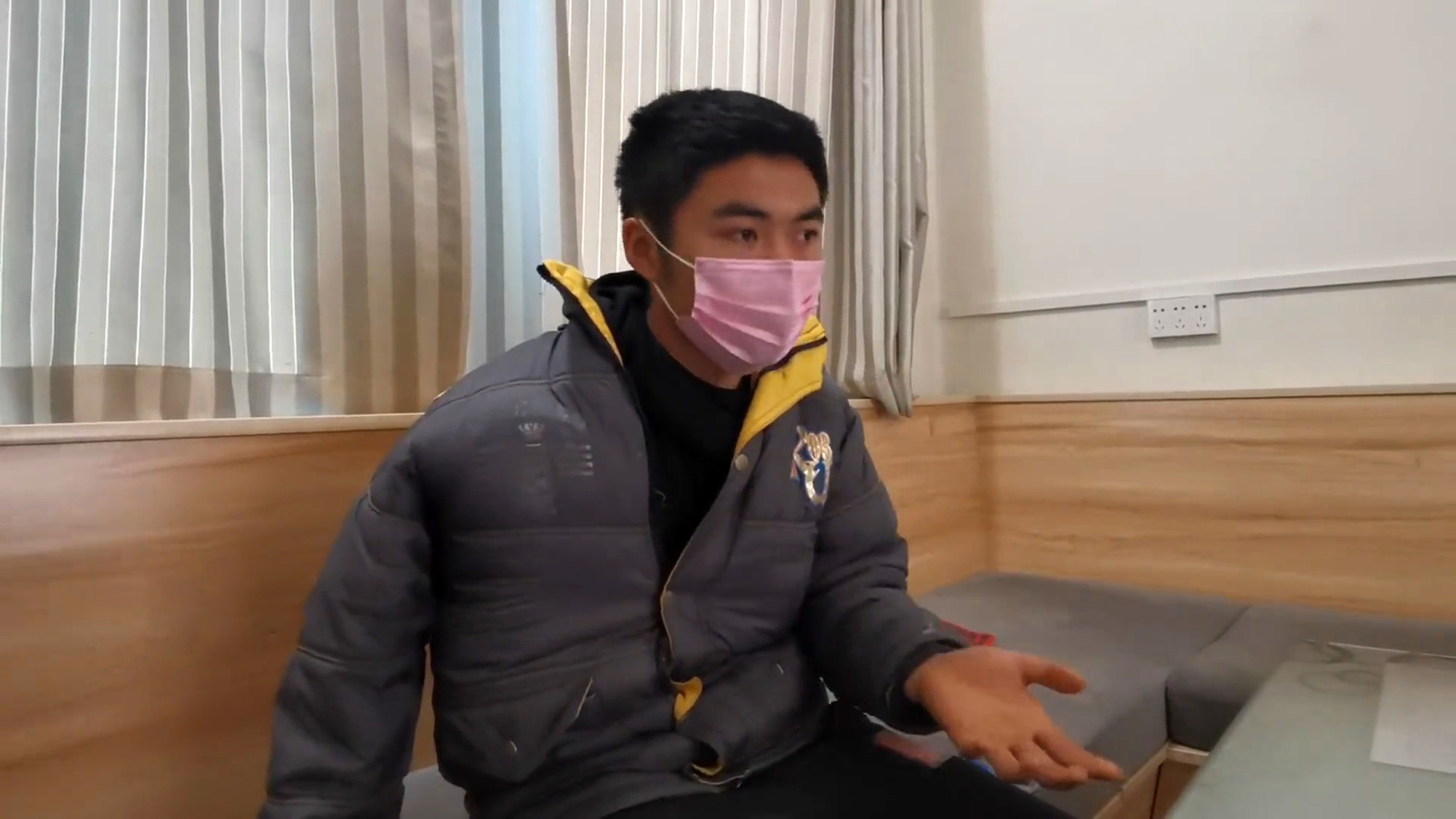 It's not the first time a driver has been captured on film sending their car into the air.

A teenage driver launched his van over a roundabout 'Dukes of Hazzard-style' in September 2018.

He was disqualified from driving for 12 months, fined £310 and ordered to complete 80 hours of community service.