New photos show a Boeing 777 engine that failed mid-fight, including a broken fan blade that snapped off inside.

The images were released by the US National Transportation Safety Board (NTSB) late on Monday. They show the United Airlines plane that was forced to turn back and land in Denver, Colorado, on Saturday.

An image of the Pratt & Whitney PW4000 engine shows where a fan blade snapped off, and damage to the blade beside it: 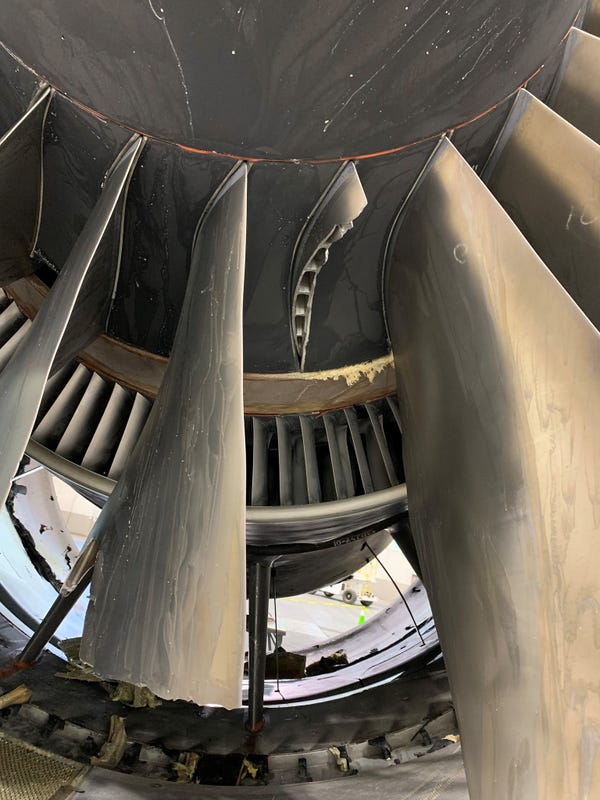 Investigators said on Monday that most of the damage to the plane was confined to a single engine.

It said that its examination showed that two of the blades were fractured and part of one was embedded in the ring around the edge of the engine.

They said that one of the fractured blades snapped off, likely hitting and damaging the other.

NTSB Chairman Robert Sumwalt said at the Monday briefing that the damage to the engine seemed “consistent with metal fatigue.”

The NTSB cautioned that it had only done a preliminary inspection, and that it was not yet drawing conclusions as to what went wrong with the plane. A full investigation is underway.

Another photo shows the plane after the flight, with its engine cover separated: 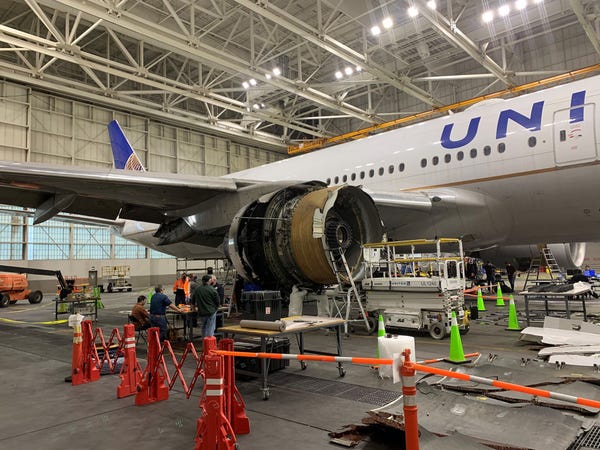 Investigators also shared photos of damage to the plane’s body. They described the section of fuselage as non-critical to flight. 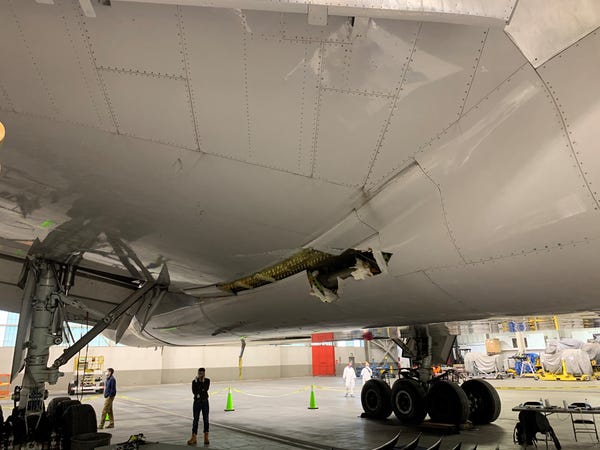 229 passengers and 10 crew were on board, according to the NTSB. No injuries were reported.

Video footage captured during the flight showed the broken engines on fire:

And photos show that debris from the plane landed in neighborhoods near the airport in Colorado: 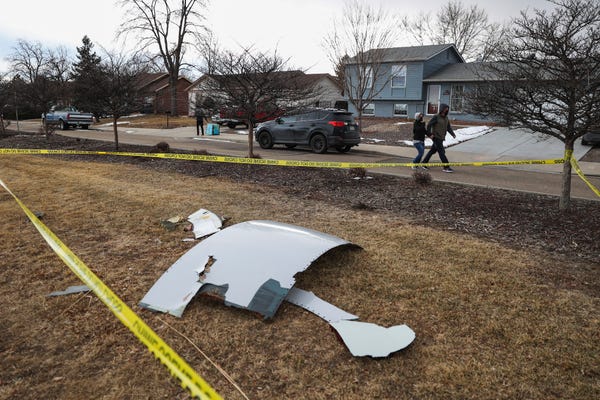 The NTSB said it was analyzing the cockpit voice recorder and flight data recorder from the plane.

The NTSB’s investigations into such incidents typically take more than a year.

Other airlines who fly the model  — Korean Airlines, Asiana Airlines, Japan Airlines, and All Nippon Airways — are suspending their active 777 planes with the engine too.

And Boeing said that it supported the move, recommending that airlines suspend their use of Boeing 777s with that engine. It said that 69 are currently in use around the world, with more in storage.

The head of the US Federal Aviation Administration said on Sunday that he was requiring “immediate or stepped-up inspections” of the planes with that engine.

Reuters reported that Pratt & Whitney said it was coordinating with regulators.