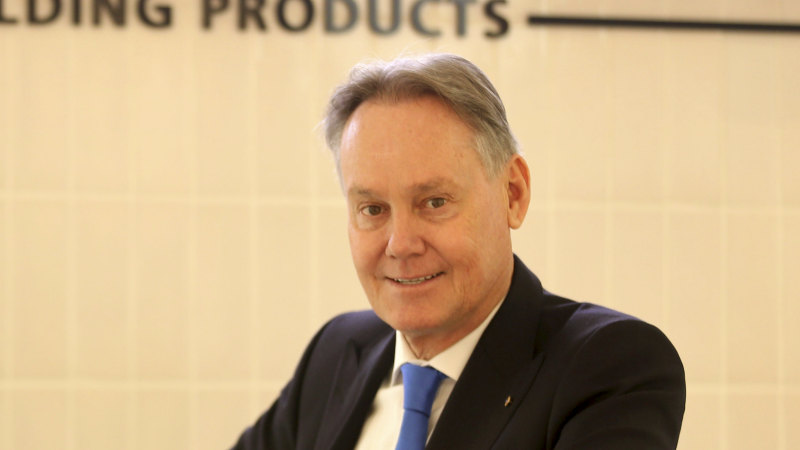 Building products giant Brickworks has delayed the letting of major contracts for a new $125 million brick manufacturing plant in Sydney by three months because of the uncertainty created by the coronavirus.

Brickworks boss Lindsay Partridge said the company was about to start letting major contracts for the plant at Horsley Park in western Sydney this week, but had decided that deferring them for a period was a prudent move.

"I'll most probably go through the rest of our capital in the next day or two and defer it all because now you've got to save cash," he said. 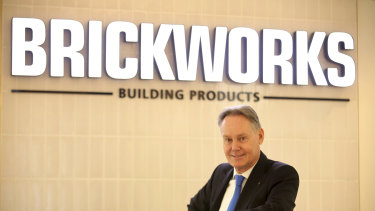 Brickworks boss Lindsay Partridge says the company has deferred the letting of major contracts on a new brick plant by three months, but expects the building industry to be more resilient than other industries to coronavirus fallout.Credit:James Alcock

"We've just pushed it back until the situation becomes clear," he told The Age and The Sydney Morning Herald.

Mr Partridge said it was a precautionary move in case the company's sales were affected by the economic fallout from COVID-19. He expects other companies to take similar steps and defer expenditure.

Brickworks currently has eight staff working in home quarantine because of COVID-19. None have been diagnosed with the virus.

But Mr Partridge said the building industry was a segment that would be "a little bit more resilient" than some other sectors in the face of the coronavirus. Housing construction was very dispersed and had long lead times, which put it in good stead.

"I think that while ever there's a backlog of work the building industry will continue, (for) high rise buildings it might be a different story," he said.

Demolition works at the Horsley Park site where the plant will be built are still underway. The plant is expected to take one year to complete once construction starts.

Brickworks is the country's largest brick manufacturer and has a market capitalisation of about $2.5 billion. It has pursued aggressive growth in the US over the past 18 months with the purchase of three US brickmakers.

Mr Partridge called for the federal government's stimulus package in response to the virus to include an accelerated depreciation allowance to boost business investment. If investments had to be made before the end of the current financial year to qualify, Brickworks would "proceed immediately" with its new brick plant to qualify for it.

He also called for a major rebuilding program of public toilet blocks across Australia, describing it as a sound public health measure.

"If you go to other countries of the world you can go into the public toilets without touching the door, and the water and the soap are dispensed without you touching anything. It's all automated. That's common everywhere in the United States or in Japan," he said.

The federal government's multi-billion-dollar stimulus package in response to the virus is expected to be released on Thursday. It comes after a number of companies have issued profit downgrades because of the virus, and analysts have warned that the Australian economy is likely to fall into a recession because of the economic fallout from it.

Shares in Brickworks were 4.2 per cent down to $15.95 at 3.45pm on Wednesday, shortly before the market closed.