New York (CNN Business)Donald G. McNeil Jr., the star New York Times reporter who resigned amid uproar over his 2019 use of a racial slur, broke his silence on Monday, leveling criticism against some of the newspaper’s top brass and offering his own explanation for the events that ended his decades-long career at the outlet.

McNeil, who was the newspaper’s top health and science reporter, departed The Times in February, two weeks after a story in The Daily Beast revealed complaints regarding his conduct while serving as an expert guide for students during a 2019 junket to Peru. Among the complaints, the most serious was that McNeil had used the n-word while aiming to clarify a student’s question that concerned the language. 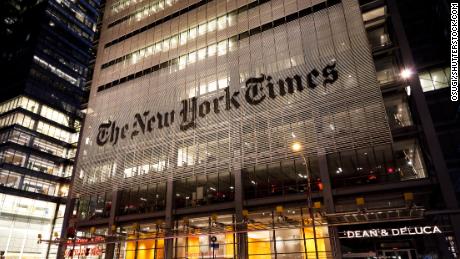 In his first public comments since his resignation, McNeil contended that news organizations — primarily The Daily Beast — inaccurately portrayed what took place during the 2019 junket and expressed disapproval toward The Times management for what he depicted as having hamstrung him from addressing the matter in his own way. The comments were made in a lengthy four-part series of pieces published online.

The Times declined to comment on McNeil’s writings. Noah Shachtman, editor-in-chief of The Daily Beast, told CNN Business in a statement that McNeil’s pieces showed his journalists “acting like consummate professionals.”
“And all subsequent reporting on McNeil’s Peru trip has reinforced what we originally published: that multiple students and parents complained to The Times about McNeil’s language, which they felt was racist at times,” Shachtman added.

Since news of McNeil’s 2019 comments first broke, The Times has been thrust into a larger discussion about race. A reported 150 staffers signed a letter asking the paper for greater transparency about how it deals with matters such as McNeil’s and the newspaper’s top editor, Dean Baquet, addressed staff about the episode.
McNeil wrote that it had been “painful” for people to “assume” he’s a racist. He conceded that he had used the racial slur in question, but said that it was done in the context of clarifying a student’s question and had not been used in a derogatory way.
“Yes, I did use the word, in this context: A student asked me if I thought her high school’s administration was right to suspend a classmate of hers for using the word in a video she’d made in eighth grade,” McNeil wrote. “I said ‘Did she actually call someone a ‘(offending word’? Or was she singing a rap song or quoting a book title or something?'”
McNeil also pushed back on other comments he was accused of making, including that he had dismissed the idea of white privilege. He said he had never been asked about white privilege, but about whether he believed in systemic racism.
“I answered words to the effect of: ‘Yeah, of course, but tell me which system we’re talking about,” McNeil wrote. “The U.S. military? The L.A.P.D.? The New York Times? They’re all different.'”
McNeil said that he had wanted to provide such context to The Daily Beast before the outlet published its story about him. He wondered if The Daily Beast “would have rewritten or even spiked its story” had The Times “not panicked” and forbidden him from doing so. But, he wrote, he ultimately decided to cooperate with the wishes of the company’s communications team.
Nevertheless, the story did ignite significant controversy — not helped by the fact that McNeil fired off a rogue email to a Washington Post reporter in which he cautioned him not to believe everything he reads. McNeil wrote that the comment was meant to contest The Daily Beast’s characterization of events,. But it was instead interpreted as him questioning the statement issued by The Times which had conceded, with some context, that McNeil had repeated the racial slur during the 2019 junket. 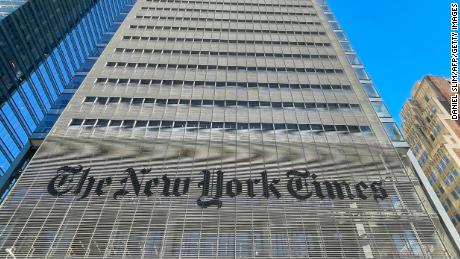 As the controversy gained steam, Baquet and Carolyn Ryan, the newspaper’s deputy managing editor, called him into a meeting. It wasn’t the first time McNeil had been summoned before his bosses. McNeil wrote Monday that he had been subjected to disciplinary action before. But this time was different. According to his accounting of events, Baquet and Ryan asked him to resign. After he expressed strong initial opposition, McNeil agreed days later to leave the outlet.
The Times had been aware of McNeil’s comments on the Peru trip before The Daily Beast had published its report this year. When the newspaper’s management first learned of what McNeil had said on the trip, an investigation had been conducted and McNeil had been disciplined, Eileen Murphy, a spokesperson for The Times, previously said.
The fact that things changed when the incident received public attention led some staffers inside The Times to decry what they characterized as “cancel culture.”

But Murphy told CNN Business in February that new information had come to light after the incident became public this year.
“We work through these issues as we do our journalism, trying to do our best, focusing on the facts, and with our company policies and values — independence, integrity, and respect — central to the decision-making process,” she said.
Source: Read Full Article