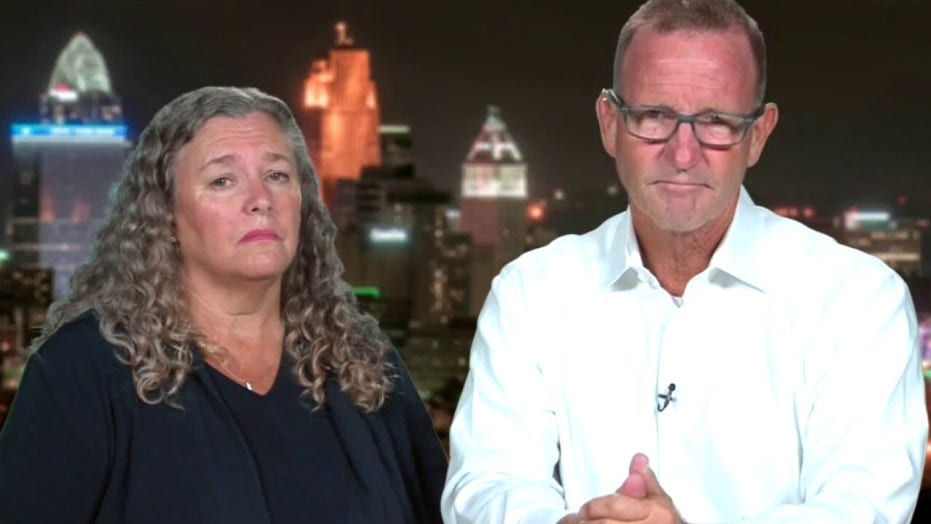 Lt. Col. Scheller’s parents demand Milley and Austin resign: ‘They should be embarrassed’

The parents of a U.S. Marine lieutenant colonel who spoke out in August to criticize his superiors over the botched withdrawal from Afghanistan that left 13 of his fellow Marines dead from a suicide bombing told “The Ingraham Angle” that their son is being unfairly punished as he sits in yet-indefinite solitary confinement at a base in Jacksonville, North Carolina.

Stuart Scheller Sr. & Cathy Scheller – the parents of Lt. Col. Stuart Scheller Jr. –  told “The Ingraham Angle” that they were further incensed by the behavior of the military’s own leadership during a Senate hearing earlier Tuesday, saying that Gens. Mark Milley, Kenneth Frank McKenzie and Lloyd Austin III [Ret.] – the Defense secretary – refuse to take accountability for the disastrous withdrawal.

“Our son called for accountability. Throughout the hearing today I don’t feel like they accepted accountability,” Scheller Sr said. “I am extremely disappointed. It’s no coincidence in my opinion that they put a gag order on [Stuart Jr] and they put him in prison the day before they had to appear in front of senators – and tomorrow in front of congressmen.”

“I think that is fairly an act of cowardice,” he said.

Cathy Scheller told host Laura Ingraham their son has been sent to the brig, formally “pretrial detention”, but has yet to be given a trial date or be charged with any crime under the UCMJ or other laws. She added that he has been unable to contact them, save for a short phone call to her to help him retain counsel.

The Marine Corps acknowledged the “time, date and location” of the “Article 32 preliminary hearing” has not been determined.

Lt. Col. Scheller is currently being held at Camp Lejeune, a major Marine Corps base in Jacksonville – about 20 miles southwest of Cape Carteret.

Prior to his punishment, Scheller had been a battalion commander at Camp Lejeune, according to WCTI. 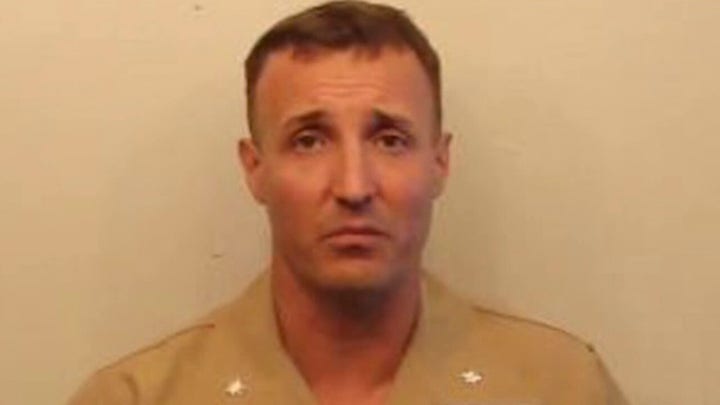 On “The Ingraham Angle”, Cathy Scheller responded to Milley’s testimony before the Senate, during which under questioning from Sen. Tom Cotton, R-Ark., replied that his father had not had the opportunity to resign at Iwo Jima, and calling the act of resignation inherently “political.”

“My thoughts are, our son said to him ‘if you thought this was a bad idea, were you willing to take your rank and put it down and say I won’t put our men and women in peril?’ — He said have dropped his rank and resigned and said ‘I will not do this to our members’ He didn’t do that,” she said.

Scheller Sr. noted Scheller Jr. had been on 5 deployments overseas and has served in the USMC for 17 years.

“The Marines have fast-tracked him in his career. Until 30 days ago, he was a hero to the leadership of the Marine Corps. On August 26th,” he said. “When 13 of our servicemen died in the Kabul Airport, something inside of our son snapped. He was angry. He is principled – he is a very courageous and principled man – but when that happened, he had to go and ask his leaders for accountability. He had many active duty Marines and veterans were asking is it worth it.”

Under questioning again from Cotton, this time specifically about Scheller, Austin replied that questions should be “ask[ed] of the Marines to provide that insight.”

“I could not believe those words came out of his mouth,” Cathy Scheller said of Austin.

“If he doesn’t know what is going on, shame on him… We are not going to let them take their dirty little secret and hide it away and put our son so he can’t speak and take him away from freedom of speech so they can hide their little secret.”

“They should drop their rank and they should resign for that. Today’s hearing showed they won’t accept accountability for the mistakes they made. They wanted to blame everybody else.”

“You and I both know Joe Biden won’t fire them,” Scheller Sr. told Ingraham.

Following his critique of the withdrawal, Scheller would go on to release several more videos, generating praise and controversy while drawing the ire of military leadership. Eventually, he was told by superiors to stop posting to social media altogether, an order he immediately ignored by posting about the gag order.

In a later video on September 16, Scheller promised to lodge charges against McKenzie for his role in the chaos, according to WCTI.