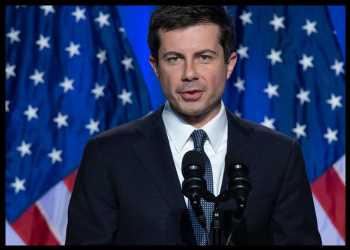 Buttigieg, who is the first openly gay man to launch a presidential bid, finished far behind the Democratic front-runners in the two states.

Buttigieg surprisingly won the Iowa caucuses on February 3 and gave a tough fight to front-runner Bernie Sanders in New Hampshire, but failed to repeat that success and finished a distant fourth in South Carolina on Saturday.

The son of a first-generation immigrant from Malta, he struggled to build support among African-American voters.

The 37-year-old former South Bend Mayor announced the end of his campaign two days ahead of Super Tuesday, a key day that will make the picture clear about who will be the Democratic candidate to take on Donald Trump.

“And so we must recognize that at this point in the race, the best way to keep faith with those goals and ideals is to step aside and help bring our party and our nation together,” he said while addressing supporters in his hometown of South Bend, Indiana.

“We need a broad-based agenda that can truly deliver for the American people, not one that gets lost in ideology,” he said in apparent reference to left wing Democrat Sanders.

Former Vice President Joe Biden complemented Buttigieg for running “a historic, trail-blazing campaign based on courage, compassion, and honesty”. “We will be a better country for his continued service,” he said on Twitter. This is just the beginning of his time on the national stage, the former Vice President added.

As a Lieutenant in the Navy, Buttigieg took a leave of absence to deploy to Afghanistan during his first term.

Joe Biden’s strong come back in South Carolina leaves the field tighter as Democrat delegates in fourteen states will vote on Super Tuesday.