PlayStation 5 DualSense controllers: You can soon buy them in red or black 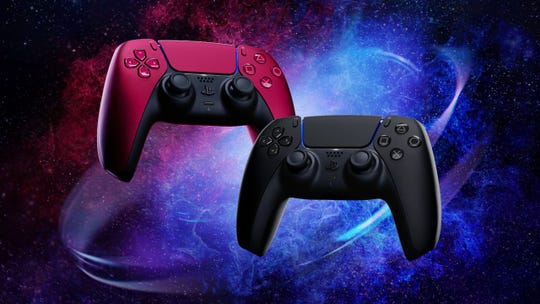 If you are among the lucky video game fans to snag a PlayStation 5, you can soon add controllers in different colors to your collection.

Sony announced it will launch versions of its DualSense controller for the video game console in “cosmic red” and “midnight black.”

The new controllers will be available at participating retailers next month, said Sony, which provided no specific launch dates but noted availability windows would vary by location.

The DualSense controller has received rave reviews since launching with the console last November. The controllers includes adaptive triggers that offer resistance when you perform actions such as pulling back on a bow with arrow. There’s also haptic feedback – the rumble the controller emits during gameplay – that more accurately mirrors specific situations, such as rain falling or the sound of snow crunching under your feet as you walk.

Use Amazon?: Make these 5 changes now to protect your privacy

Amazon’s Echo Buds: Should you trade in your Apple AirPods?