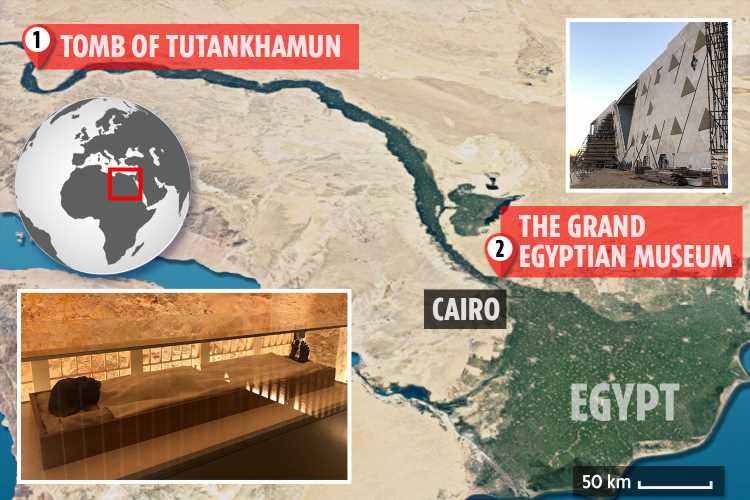 AFTER 3,345 years resting in the Valley of the Kings, Tutankhamun is about to move home.

Controversial plans to take the mummy of the boy king from Luxor to the new Grand Egyptian Museum have been confirmed for May. 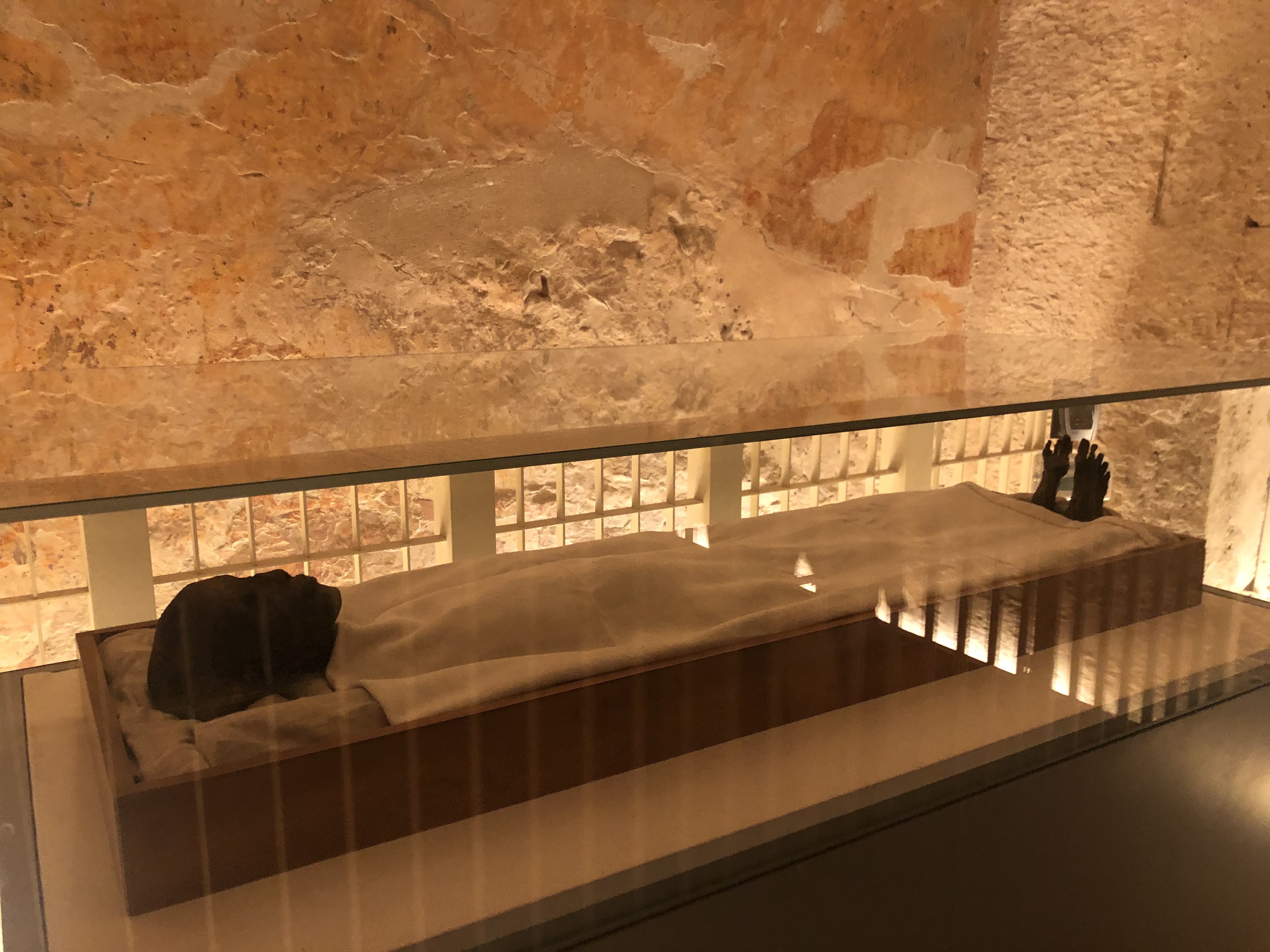 Although the plan is to have Tutankhamun and all his treasures under one roof, people in Luxor are quite upset the mummy is set to permanently move 300 miles away from what they see as his home.

Ahmed Rabie Mohamed, an Egyptologist and tour guide of 17 years, told us: “If Tutankhamun leaves Luxor everybody in Luxor will be so sad because Tutankhamun has always been here.

“Since they discovered the tomb in 1922, he never ever left his tomb.

“Even when the mummy is examined that is done here in the Valley of the Kings." 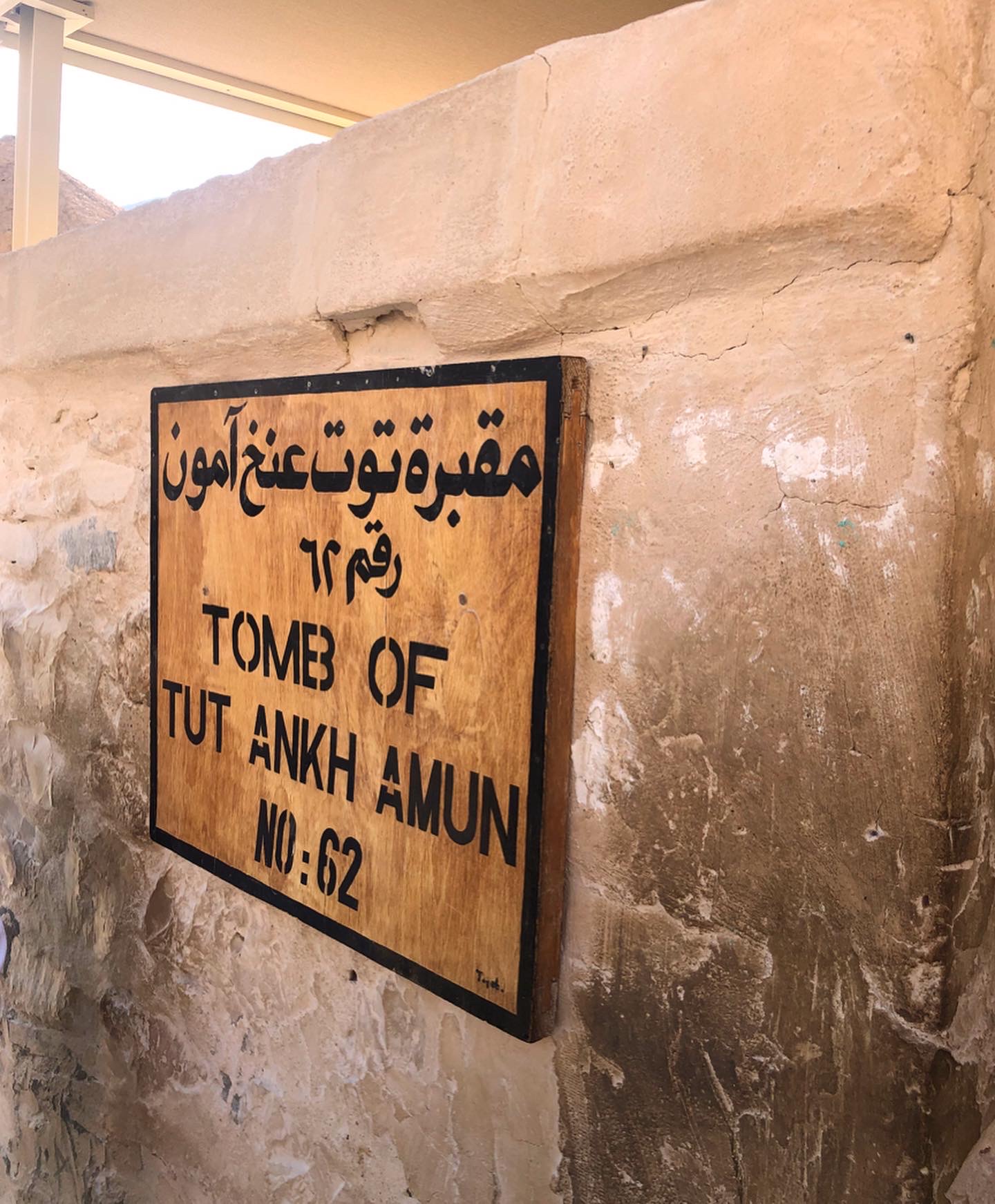 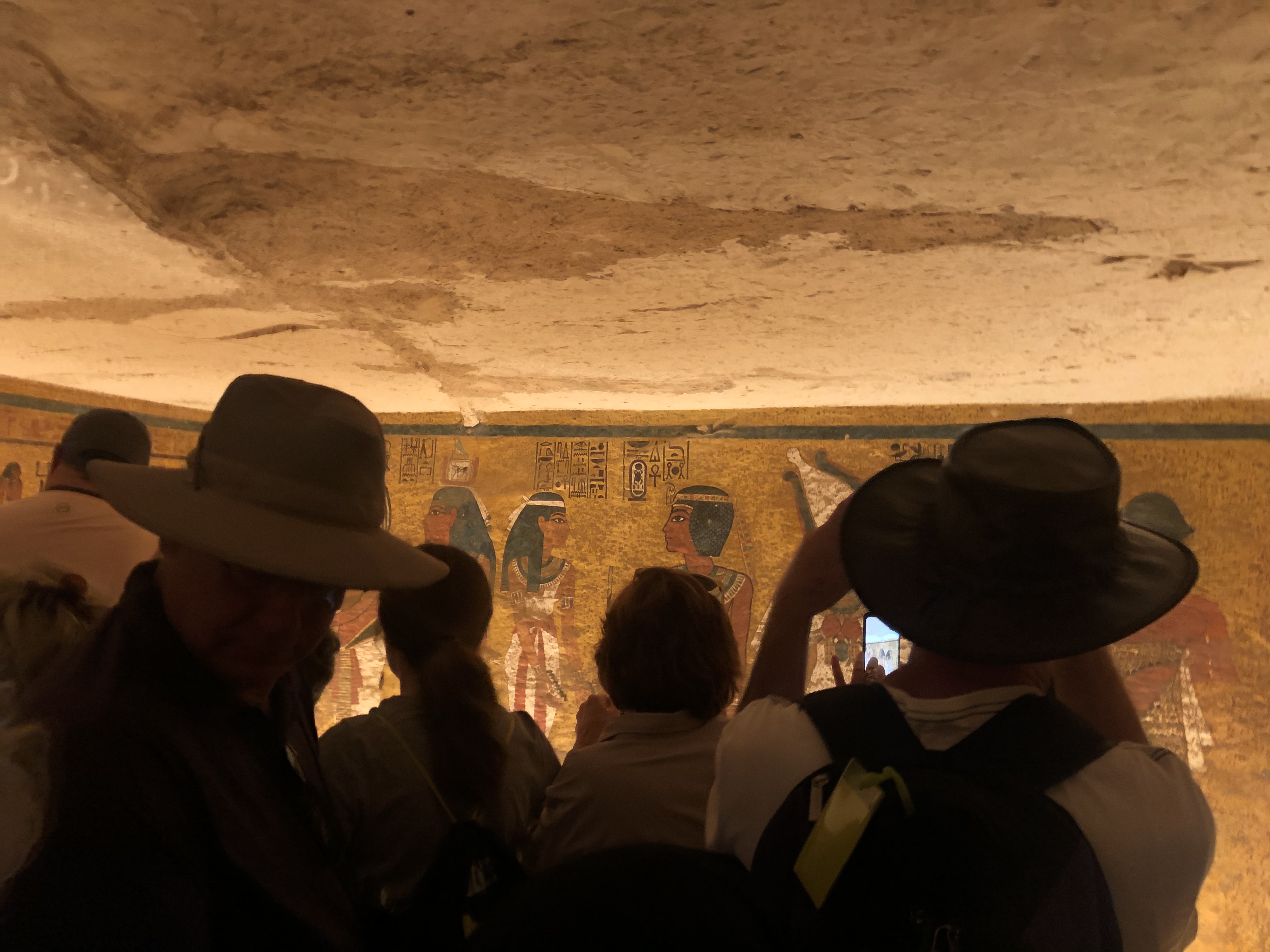 “People talk on social media about the mummy leaving to the Grand Museum.

“I think for the opening of the museum they want the masterpiece to make it attractive but Egypt is very rich in history, there are so many masterpieces.

“Already Tutankahmun’s chariots have been taken from Luxor Museum to the Grand Museum and 36 coffins we found in Luxor about two months ago have been taken to the new museum.

“Also, some beautiful pieces from Luxor Museum have been taken. If Tutankhamun leaves Luxor everyone will be sad because he’s our only royal mummy that you can see in the Valley of the Kings.

“It costs 300 Egyptian Pounds to go inside Tutankhamun’s tomb. If they take the mummy out no one will want to go in as they can go to the new museum.

“You’ll see nothing inside because everything has been moved to the museum in Cairo. There is nothing left except for the mummy.

Ahmed thinks that people buying tickets for the tomb are supporting the local Luxor economy as well as the economy of Egypt in general.

He worries that if Tut isn't in his tomb then people won't want to go inside as it is the smallest in the Valley of the Kings and there are plenty of others to see.

He continued: “The tomb will lose its value and be like the other tombs in the Valley of Kings.

“I think there is a chance he won’t be moved and I hope so. From the point of view of an Egyptologist, he should stay here.

“Don’t disturb him. Everyone who comes to the Valley of the Kings wants to see the mummy and some people expect to see the death mask here and the shrines and the gold.

“I think they should move more of it back here. Bring more to Luxor, don’t take from Luxor.” 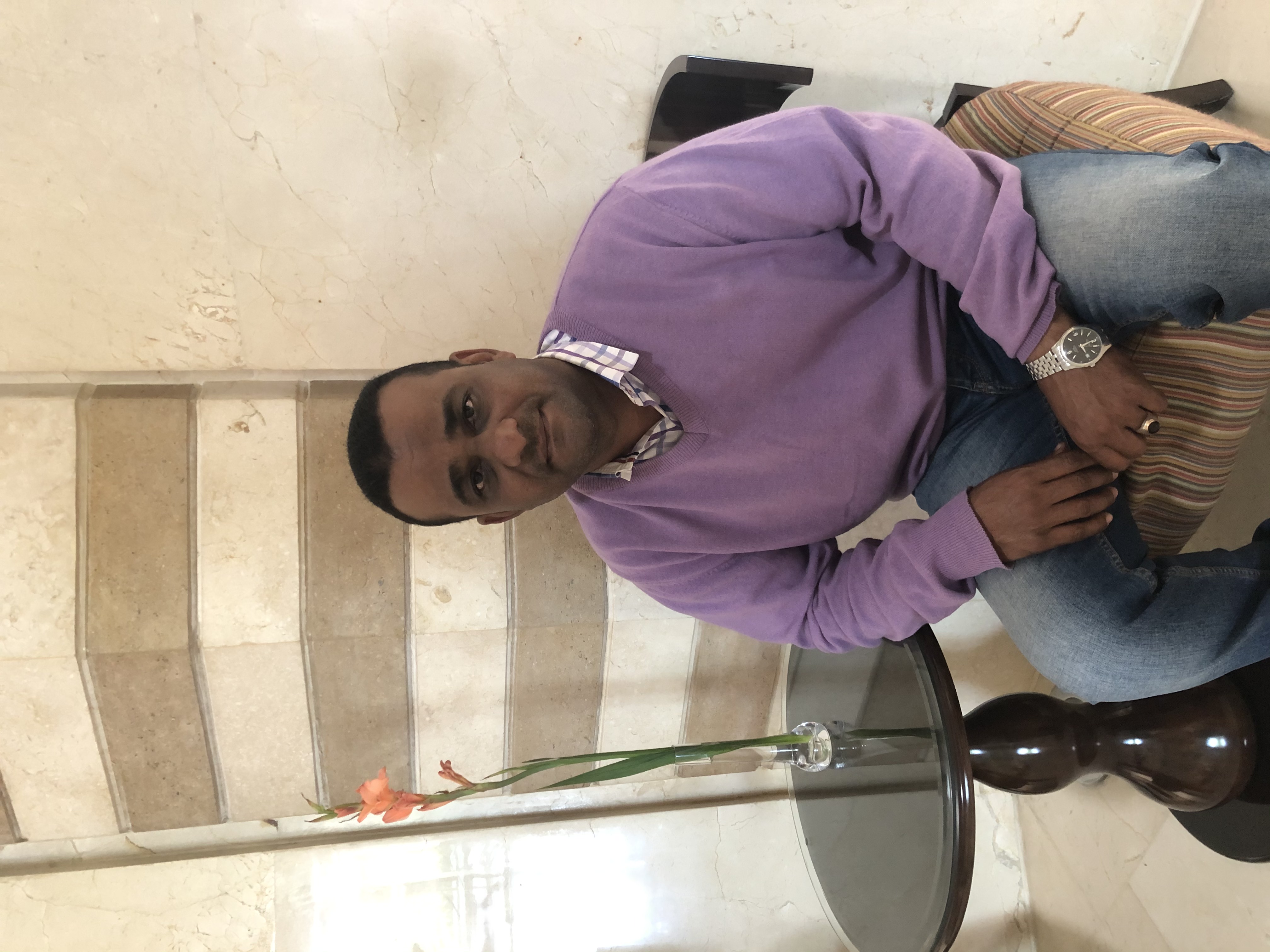 Who was King Tutankhamun? 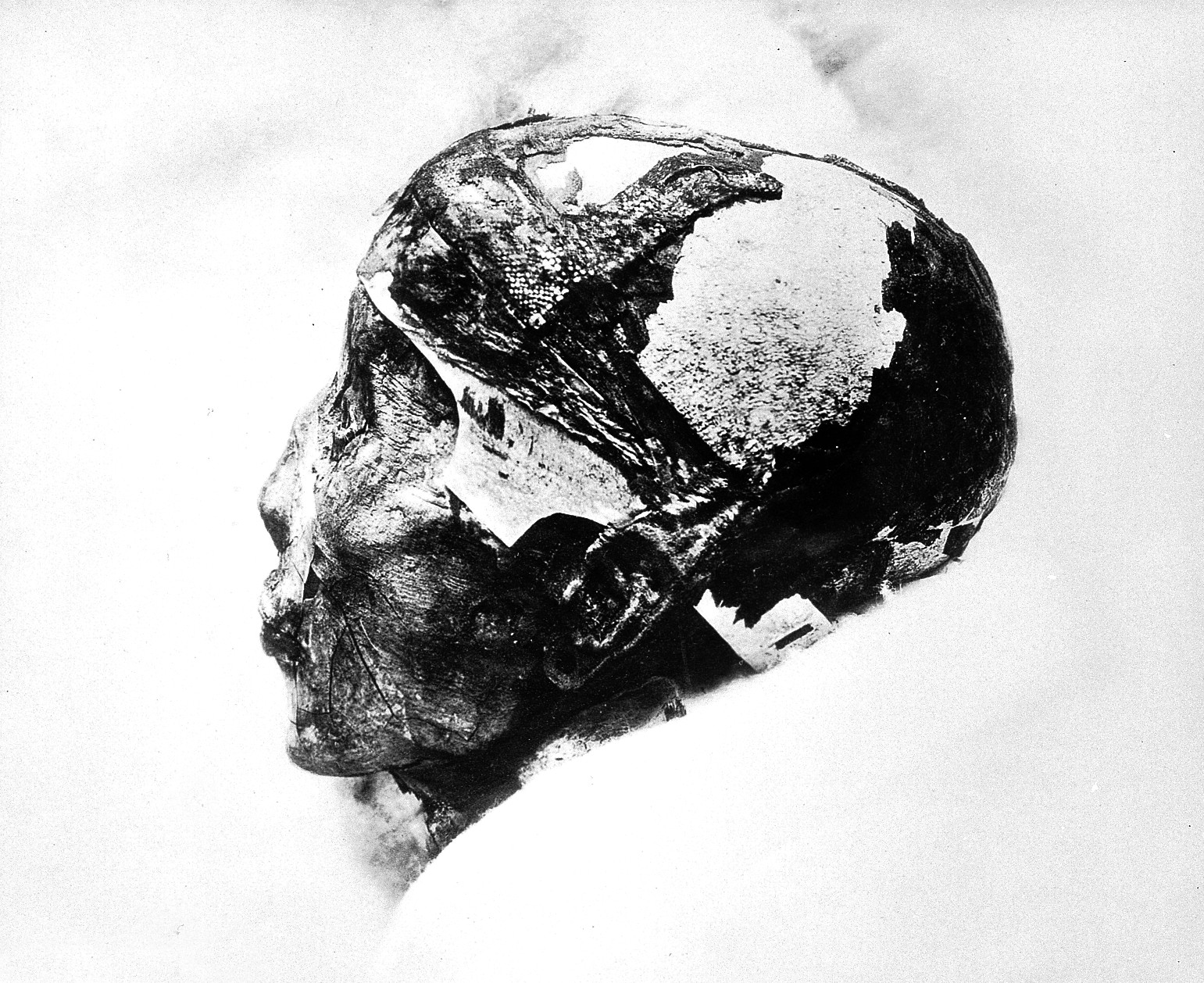 Dr Eltayeb Abbas who is the director of archaeological affairs at the Grand Egyptian Museum is also from Luxor.

He disagrees with Ahmed and thinks Tutankhamun himself would want to be moved to Cairo and be surrounded by all his grave goods once more.

He told us: "We are going to bring the mummy in May this year from the Valley of the Kings.

“All the collections of the king are here in the Grand Egyptian Museum.

“They’re all under one roof. I think Tutankhamun himself would be happy to have his mummy here.

“People are even arguing about the coffins but we had to take the outer most coffin here because it was in a bad state of preservation.

“We have been working on it for eight months.”

He went on to stress that the mummy would be moved in a very careful and respectful way so not to damage him.

What a lot of people don't realise is that Tutankhamun's mummy was already damaged by Howard Carter.

King Tut's head was severed off to remove his golden death mask and his hands, legs and pelvis were removed as the archaeologist excavated his coffin.

Currently, Tutankhamun's tomb is crowded with tourists on daily basis with some even taking selfies with the dead pharaoh. 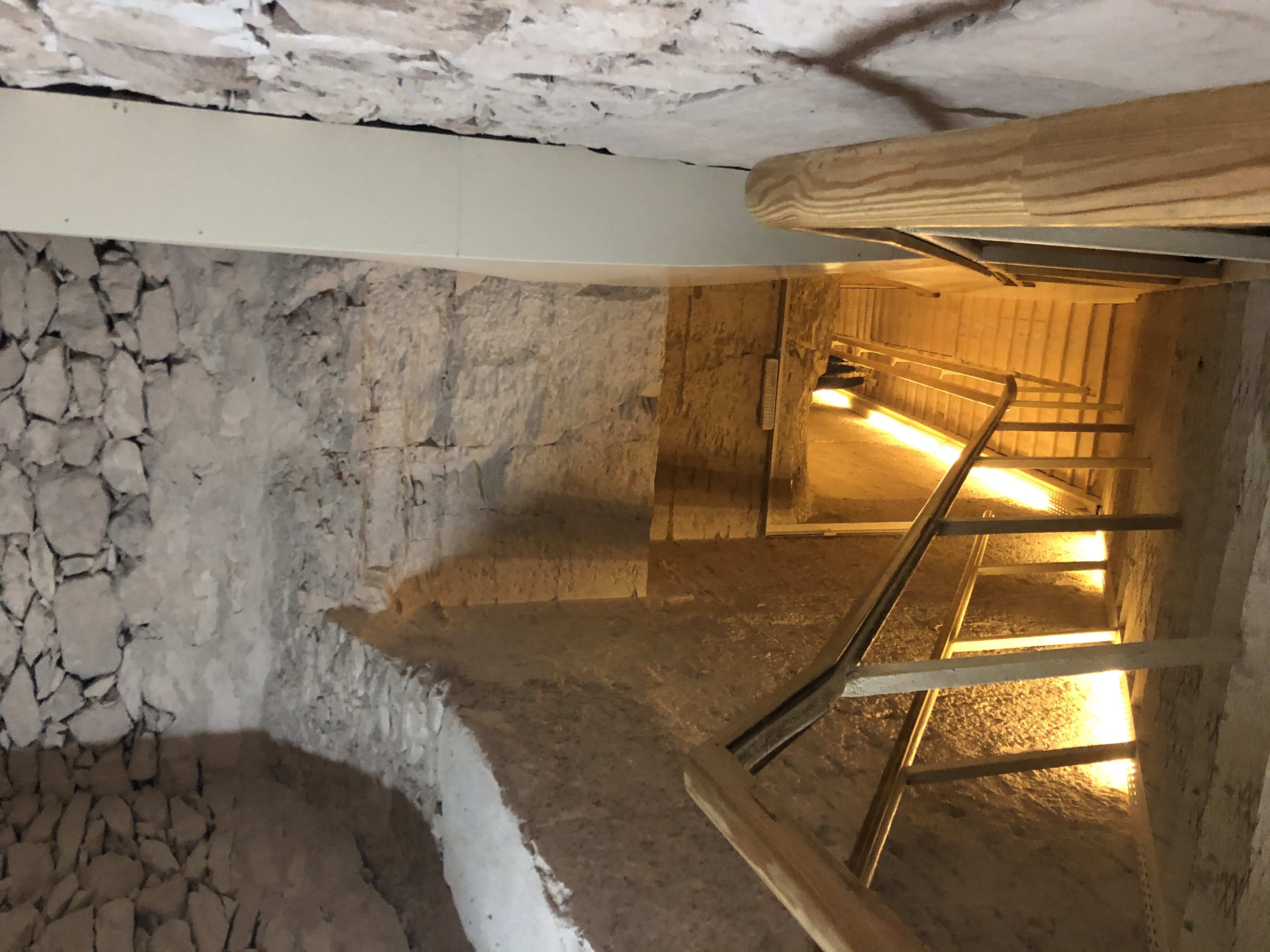 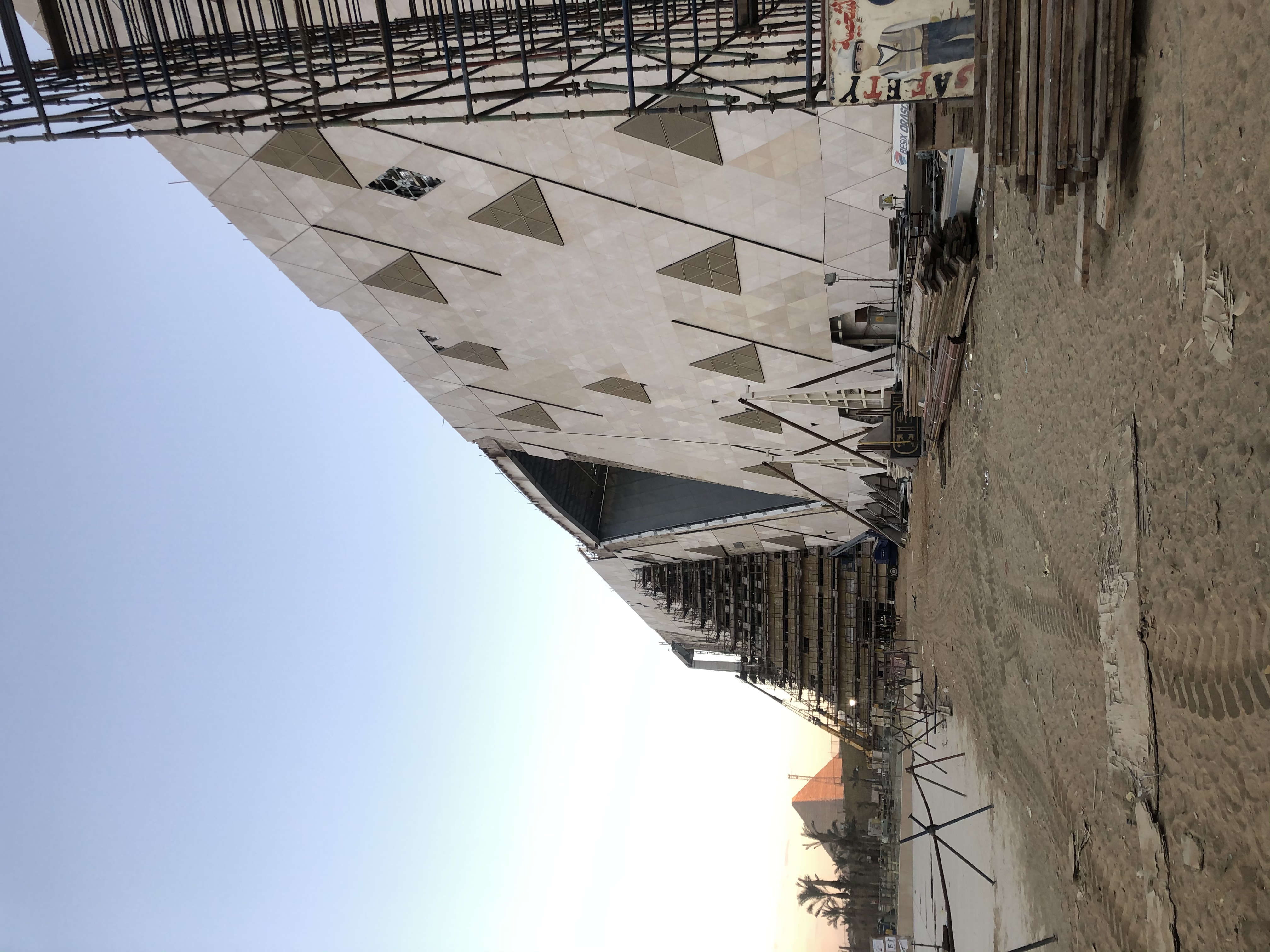 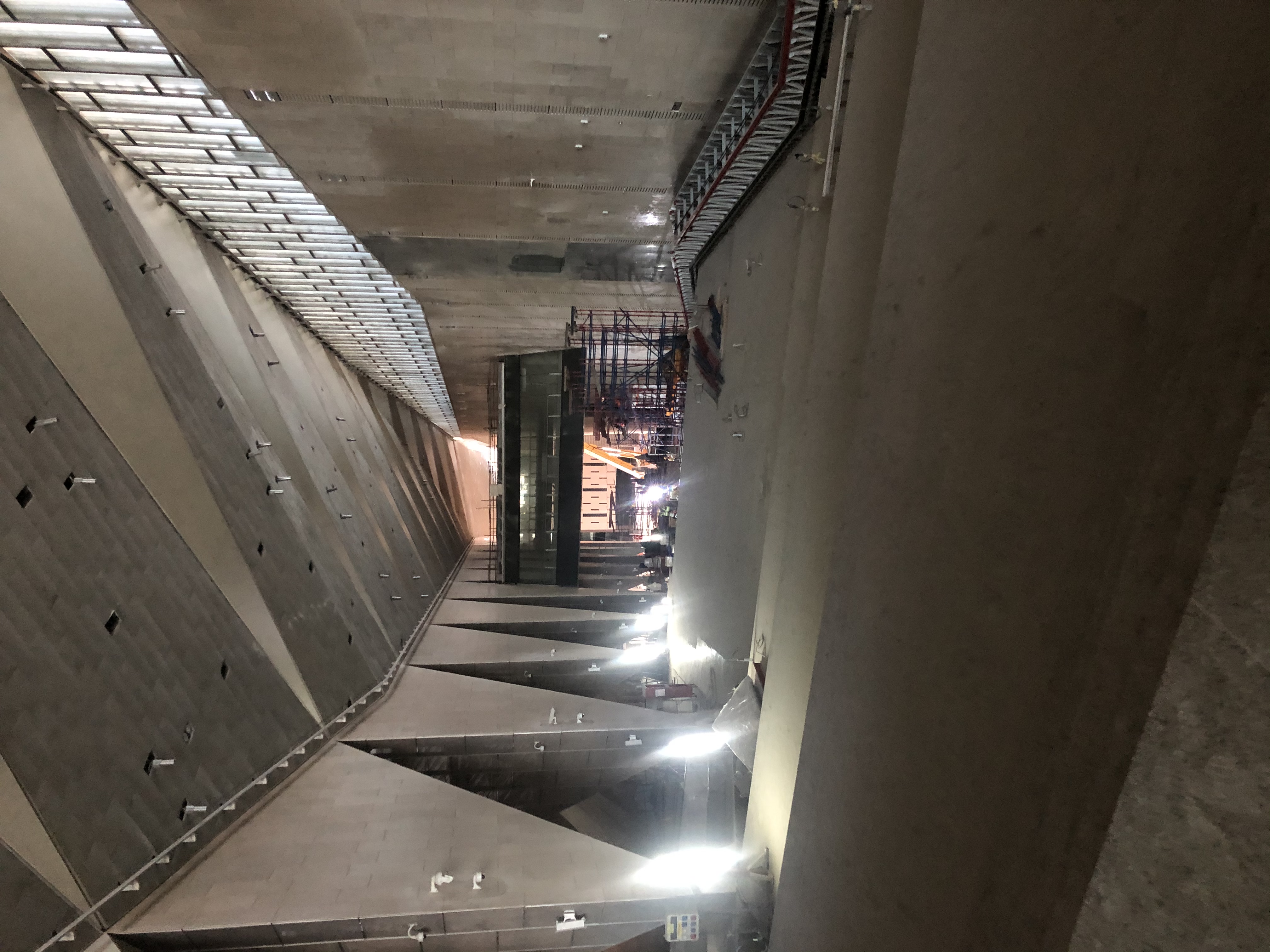 There are also critics who believe that the 'curse of the pharaohs' will be set upon anyone who disturbs the resting place of an ancient Egyptian King or Queen.

When asked about the curse, Dr Abbas, told us: "I know there are cursed texts and the Egyptians really believed in the power of the word.

"So they were thinking that by reciting a text that would let things become real.

"But for us I wouldn't say so. I am a villager coming from the west bank [of Luxor] and my family and all the people are believing in the existence of a curse.

"So I don't have to believe but I have to respect the beliefs of the ancient Egyptians and the existence of a curse."

Representatives of the Grand Egyptian Museum argue they can look after Tutankhamun and all his precious artefacts better than other museums with their state of the art technology.

The entire project has cost around $1.3billion (£1billion) and should be finished in October this year.

It's intended to draw crowds of tourists to Cairo and help the overall Egyptian economy. 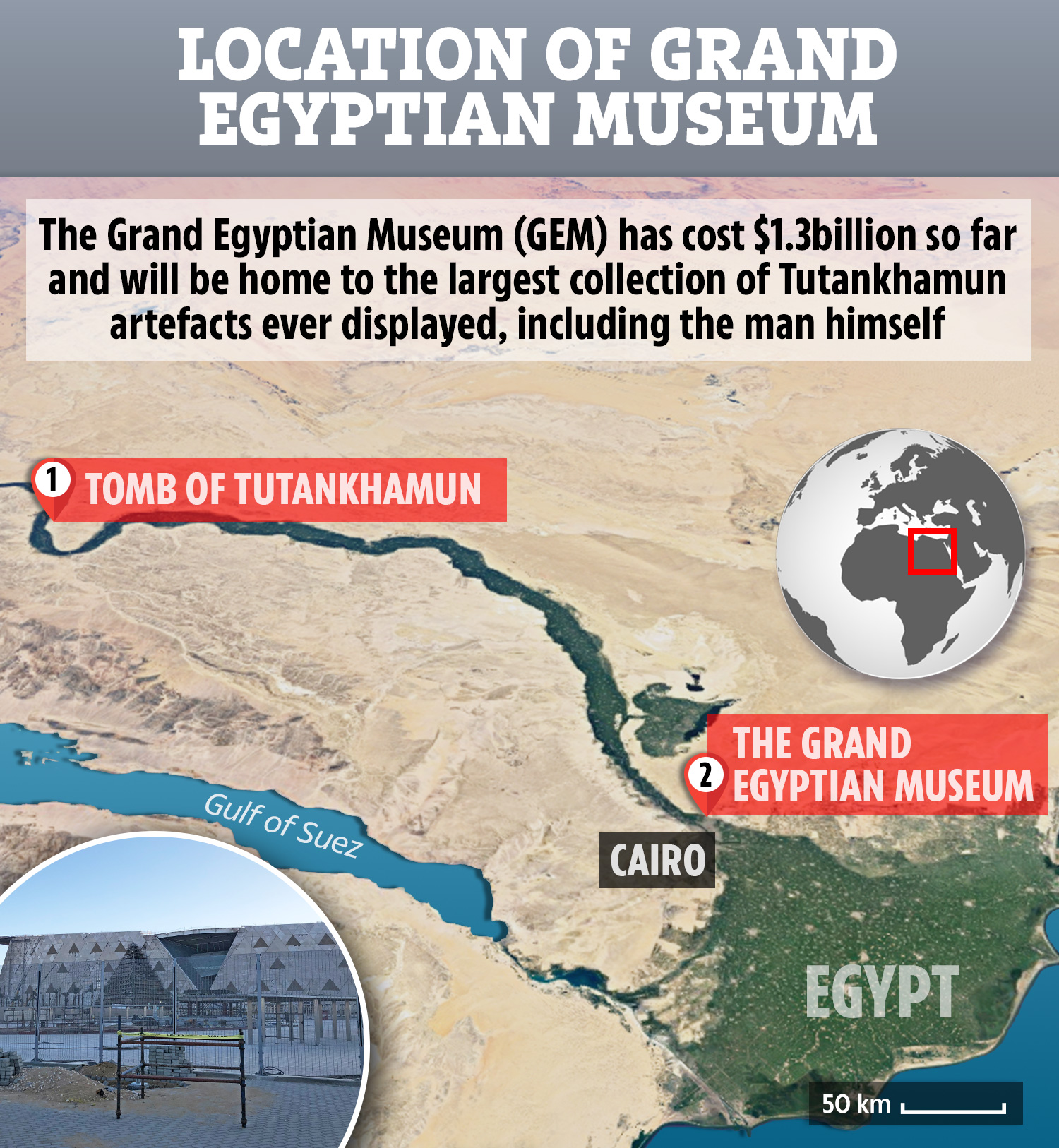 Curse of the Pharaohs – who died after King Tutankhamun's tomb was opened?

Tutankhamun's tomb was opened on November 29, 1922. These are the deaths that followed…

In other archaeology news, we took a look inside the secretive ‘Tutankhamun lab’ where his ‘cursed’ coffin and rare ancient treasures are locked away’.

We also took a sneak peak behind the scenes of the new Grand Egyptian Museum.

And, if you still haven't had your ancient Egyptian fix, over 80 skeletons have been found in unusual ancient clay coffins in Egypt.

Do you think Tutankhamun should be moved from his tomb? Let us know in the comments…