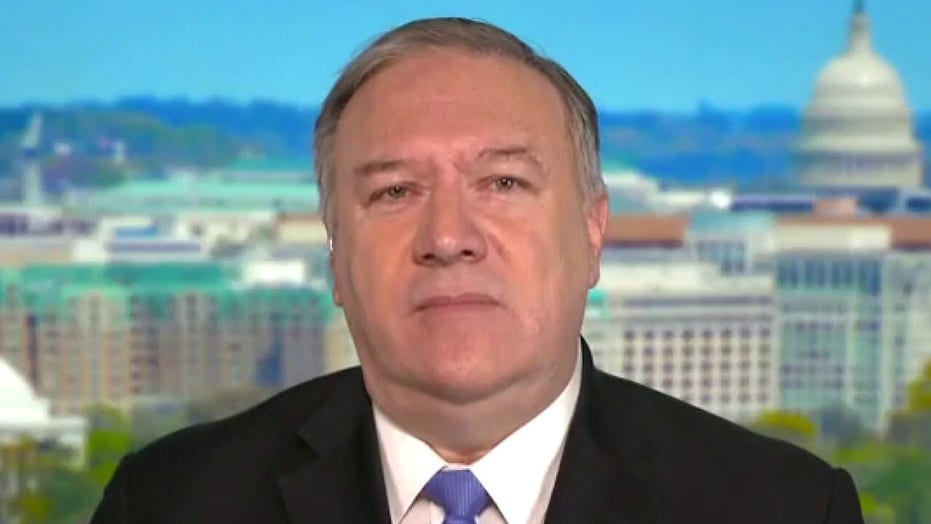 Former Secretary of State Mike Pompeo joins ‘Sunday Morning Futures’ to discuss the investigation into the origin of the coronavirus.

Current evidence still suggests that the coronavirus originated from a lab in Wuhan, China, former Secretary of State Mike Pompeo said Sunday, warning that the risk of bioweapons and bioterror arising from the region is “very real.”

Pompeo suggested to “Sunday Morning Futures” anchor Maria Bartiromo that the Chinese Communist Party “covered up” the origins of COVID-19 and that evidence continues to mount despite their efforts to deny access to the Wuhan Institute of Virology, the doctors who worked there and original materials from the lab.

“We worked to get every bit of evidence that we could, we tried to deliver this to the CDC, tried to work with the Chinese. They covered it up terribly,” Pompeo said.

He said the combination of circumstantial evidence and China’s intense effort to deny any information relating to the lab suggests to him that the virus originated in that lab.

“I haven’t seen a shred of evidence to suggest anything to the contrary,” Pompeo said.

The former secretary of state also warned that similar scenarios could happen in the future, pointing to the possibility of biological warfare.

“The risk that something like this happens again from that laboratory or another Chinese laboratory is very real,” Pompeo said. “They [China] are operating and conducting activities that are inconsistent with their capacity to secure those facilities. And the risk of bioweapons and bioterror emanating from this region is very real.”

It remains unclear where the virus originated as Biden administration officials express concerns over Chinese interference in investigative efforts.