A progressive New York City Democrat looking to represent Staten Island in Congress advertises an anti-war platform on her campaign website, but that message was made perfectly clear when she nearly bared all in an anti-war burlesque show in Brooklyn.

Brittany Ramos DeBarros went to college on an Army scholarship and was deployed to Afghanistan in 2011. According to the bio on her congressional campaign site, that experience profoundly changed the way she viewed the military. Her new sentiment ultimately led her to perform a striptease at a November 2019 show called Drop Booties Not Bombs, put on by About Face: Veterans Against the War and Brass Burlesque.

Videos and still images of the performance that appeared to be posted by DeBarros’ Instagram account resurfaced thanks to a recent New York Post report. They showed DeBarros take the stage in a full Army uniform, which she removed to reveal a skimpy outfit emblazoned with an American flag design. Later, accompanied on stage by several women, she removed her top and danced as she and the others wore pasties.

“It’s one of the things I’m most proud to have helped organize,” DeBarros tweeted last month from her personal Twitter account, which is listed in her campaign account’s bio.

That tweet came almost exactly two years after the event, which she had also promoted on social media.

Fox News reached out to DeBarros’s campaign for comment on the performance and her military history, but they did not immediately respond.

The candidate, a progressive from Staten Island who supports initiatives such as the Green New Deal and Medicare-for-all, says on her campaign site that her time in Afghanistan disillusioned her. 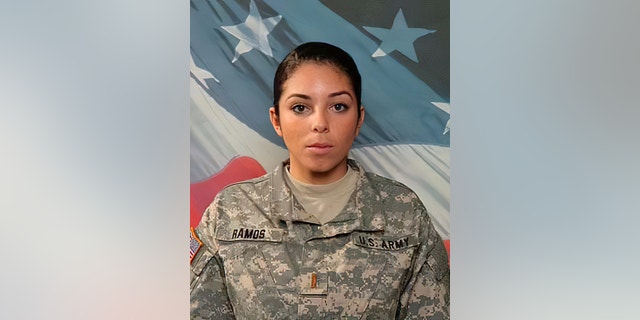 “When I deployed, I believed I was going to fight for freedom and protect vulnerable communities overseas, but as I got to know the Afghan people, I saw with my own eyes that wasn’t true. I watched some officers care more about role-playing Call of Duty and collecting medals than the needs of regular people or even the mission. I came home hurt and angry because it was clear that I had only caused more harm to the very people I wanted to protect. I felt betrayed by those who were entrusted with my life and who exploited my service, military leaders and politicians alike.”

DeBarros is running to represent New York’s 11th District, and will have to face off in a primary race against other Democrats including former Rep. Max Rose for the opportunity to take on Rep. Nicole Malliotakis, R-N.Y., in November 2022’s general election.