Restaurant owner warns of automation in kitchens amid labor shortage 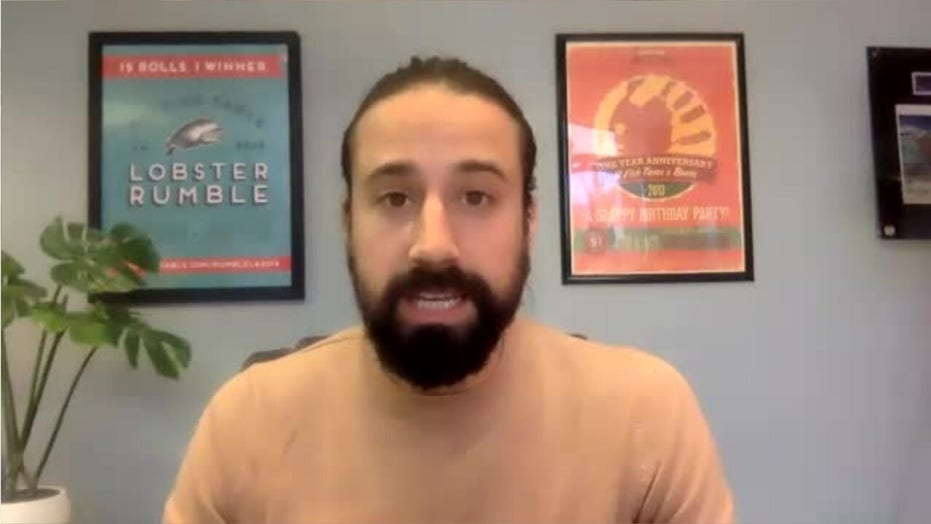 Restaurant owner warns of automation in kitchens amid labor shortage

As small business owners face one obstacle after another, chef and restaurateur Andrew Gruel worries about long term effects on the dining industry.

A California-based chef and restaurateur warns of possible major changes to the dining industry amid a shortage of affordable labor.

According to Andrew Gruel, founder and CEO of Slapfish seafood, if the lack of workers continues then restaurant owners will have no choice but to find other ways to operate their businesses.

“What I fear in terms of the long-term effects of this is that we start to automate and robotize our industry,” Gruel told Fox News. “That’s the only option if a lot of these businesses are going to continue to try and survive, especially when there’s a lack of labor or if the cost of labor is so high that it’s prohibitive for anybody to grow.”

The restaurant industry suffered tremendously the past year from harsh dining restrictions put in place by states to curb the spread of COVID-19.

As restrictions continue to be rolled back across the country, many small businesses are having difficulty finding workers to hire.

“It’s is a really, really tough and tight labor market,” said Gruel. “I’ve talked to restaurants who are not even opening because they don’t have the staff to be able to hit a certain amount of hours.”

According to the chef, Slapfish is so desperately in need of workers that his restaurants are now hiring dishwashers with no experience for $20-$25 an hour and are offering a signing bonus of $500, no strings attached.

But even with these higher wages and incentives, there’s still not a supply of people who are willing and able to work, said Gruel.

“We’ve had to alter our operations. We’re limiting hours. My wife, myself, my kids we’re in 12, 14, 16 hours a day,” he said. “That’s really what it’s come down to. It’s a lot of owner-operators stepping in, scaling back on growth, and getting down in the weeds themselves.”

After talking to a number of applicants and other business owners, Gruel believes one major reason for the labor shortage stems from people’s unwillingness to relinquish the stability of unemployment benefits in favor of an unstable job market.

“A lot of these people have been hired, fired, hired, fired so they don’t want to necessarily enter into a situation again where they’re then going to be let go.”

Beyond the remaining restrictions and lack of labor, Gruel worries the vilification of restaurants as hotspots for virus transmission, an accusation he claimed is not supported by data, has done damage to consumer psychology in a way that will have lasting effects on the industry.