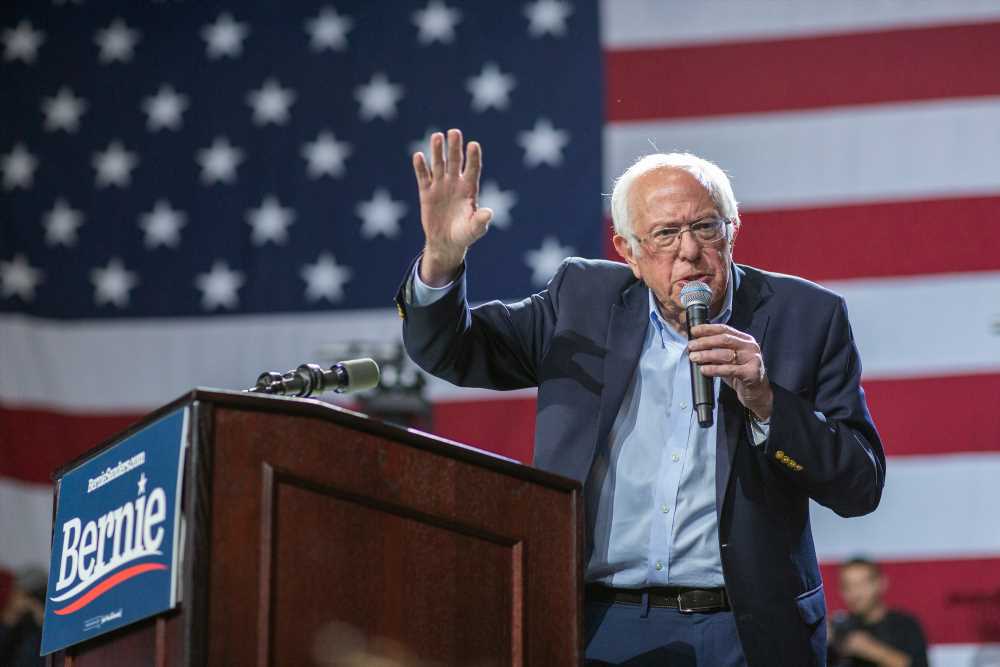 Speaking from his hometown of Burlington, Vermont on Wednesday afternoon, Sen. Bernie Sanders addressed the Super Tuesday results, casting the Democratic primary as a two-person race, and saying he was looking forward to having a substantive debate with Joe Biden on a long a list of issues — Biden’s support for the Wall Street bail-out, the Trans Pacific Partnership, the 2005 bankruptcy bill, cuts Social Security, Medicare, Medicaid, veterans’ programs, and, most of all, health care.

“The American people have got to understand that this is a conflict about ideas. And I like Joe. Joe is a decent guy and I do not want this campaign to devolve into a Trump-type effort where we’re attacking each other, where its personal attacks. That is the last thing this country wants,” Sanders said. “Joe has his ideas, his record, his vision for the future; I have mine and I look forward to a serious debate on the serious issues facing this country.”

Sanders, asked if he’d spoken to Sen. Elizabeth Warren since Tuesday’s results, confirmed he had. “We did speak on the phone a few hours ago, and what Senator Warren told me is that she is assessing her campaign. She has not made any decisions as of this point.”

“It is important for all of us, certainly me, who has known Elizabeth Warren for many, many years to respect the time and the space that she needs to make her decision,” Sanders said.

Even after emphasizing it was now a two-person race, Sanders was surprised to hear from a reporter that Michael Bloomberg had dropped out of the race and endorsed Biden. “He certainly brought a lot of money into this race,” Sanders said. “I have no animus to Mayor Bloomberg, I surely disagree with many of his policies.”