In last week’s $4 billion issue of hybrid notes by retail property giant Scentre Group there were a lot of signals about the state of the markets, the sector and the risk appetites of investors.

Capital raisings have been controversial in this pandemic-distorted environment.

There has been a spate of unusually large issues, some to tide the companies through a period of virus-ravaged revenues and earnings; some to prudently deleverage as insurance against the longer term risks and some to build war chests for any pandemic-produced opportunities. 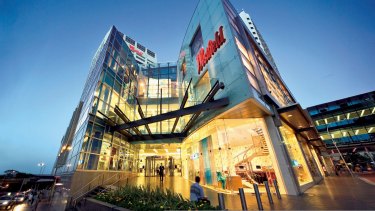 Scentre Group chose debt rather than the equity the market expected after it wrote down the value of its retail centres by $4 billion at the half-year.

The decision by the market’s regulators – the ASX and Australian Securities Investments Commission – to temporarily lift the limits on placements from 15 per cent of capital to 25 per cent has been contentious, with the usual complaints about the inequitable treatment of retail investors relative to institutions magnified by the expanded scale of the raisings allowed by the regulators.

The market expected Scentre to do what others in its sector, like rival mall group Vicinity Centres, have done and issue new equity.

Vicinity raised $1.2 billion early in the pandemic and the market anticipated a $2 billion or so conventional offering from Scentre after it incurred a $3.6 billion half-year loss that included a $4 billion write-down of the value of its malls.

The notes aren’t convertible into Scentre equity – they are relatively expensive debt, not equity.

When UBS marketed the issue – the deep US market was chosen to reduce the exposure to volatile markets – it was rushed by investors. There was $US10 billion of demand.

It is almost certain that had Scentre marketed the issue to Australian investors it would also have been successful with those yields. Retail investors have rushed the bank hybrid offers that are now a long-standing element of bank capital management, drawn by their yields. The process for a domestic issue would, however, taken a lot more time and therefore been exposed to far more market risk. 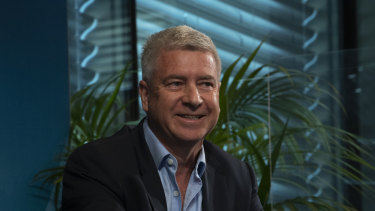 The appeal to Scentre of the hybrids over an equity issue is obvious. An equivalent issue of equity would have been highly dilutive. The Scentre security price has almost halved from its pre-pandemic levels and there would have needed to be a big discount on its pre-raising prices to get a multi-billion dollar issue away.

Scentre isn’t overly-leveraged so the funding was more about ensuring it gets to the other side of the pandemic without risk to its liquidity or creditworthiness. All its maturing debt is now covered through to 2024.

The hybrids, because they can only be redeemed at the issuer’s discretion after the non-call periods, are treated by credit agencies as pseudo equity, with a 50 per cent equity credit. They are subordinated to senior debt, and therefore don’t unsettle the bank lenders.

A five per cent interest rate might look like expensive debt but Scentre’s cost of equity is probably in the high single digits and closer to 10 per cent than five per cent. The interest costs are also deductible, so the after-tax cost is more like 3.5 per cent, or less than half the cost of equity.

It’s not for everyone, whether issuer or investor, but it will appeal to some in these most peculiar and uncertain times.

For existing Scentre security holders the use of hybrids means they dodge dilution, the group’s leverage increases to the extent that the raising isn’t entirely used to replacing bank debt, interest costs will rise a little and the risk premium in the securities will also increase.

For the investors in the hybrids, the appeal is obvious, albeit that there are risks. When the risk-free rate in the US – indeed in most major economies – is less than one per cent the yields on offer are compelling for fixed income investors that have been starved of yield.

The investment is not without risk and is potentially locked in for decades depending on how the secondary market performs. Their exposure is supported by a collection of very high-quality retail property centres that have traditionally been high-performing.

The raising has been made, however, in the midst of the pandemic and the destructive impacts it has had on retailing and the value of shopping malls. There has been a wave of major retailer bankruptcies in the US, where failing malls were casting a shadow over the future of retail property even before the pandemic.

With Australian retailers refusing to pay rent during the lockdowns and trying to impose a revenue-sharing, risk-sharing model for rents on the centre owners (which the owners are, understandably, resisting fiercely) there is no guarantee that the futures of centre owners like Scentre and Vicinity will revert to their pre-pandemic norms.

The subordinated nature of the hybrids means the investors share the risks of adverse structural change with equity investors, betting that the quality of Scentre’s centres – which are "destination" centres — and the cash flows they generate will provide long-term protection against structural change in the sector.

Scentre’s course isn’t for everyone. Unibail-Rodamco-Westfield (which includes the international Westfield properties that once sat next to Scentre’s Australian assets) announced a $14.7 billion "re-set" plan at almost the same time as Scentre’s raising.

It involves a highly-diluted $5.7 billion capital raising, $6.5 billion of assets sales, and a choke on dividends and investment. It chose equity over debt because it already had too much leverage.

The Scentre experience says that for companies that aren’t overly leveraged but need/want to raise capital as insurance or to help fund opportunistic and counter-cyclical investment, there is massive demand globally for issues of hybrids from quality issuers and that issuing ordinary equity at material discounts to market during a pandemic isn’t the only option available.

It’s not for everyone, whether issuer or investor, but it will appeal to some in these most peculiar and uncertain times.