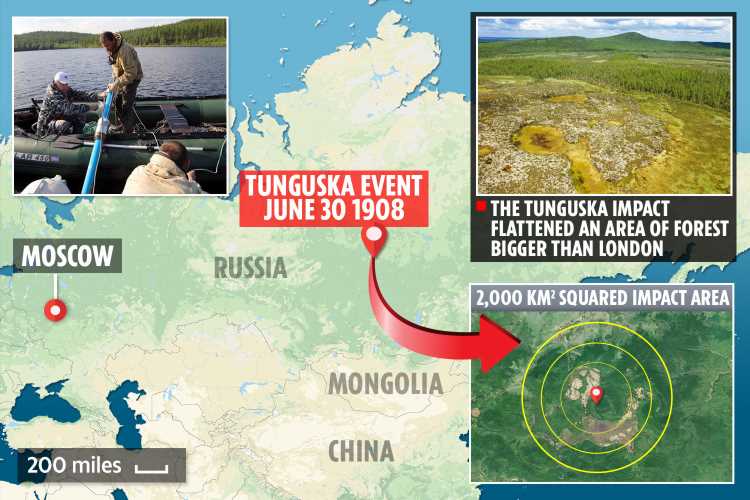 SCIENTISTS are racing to solve the mystery surrounding the world's biggest explosion, which is thought to have happened when a meteor burst above the Earth 112 years ago.

The huge explosion is known as the Tunguska Event and it had the force of 185 Hiroshima nuclear bombs. 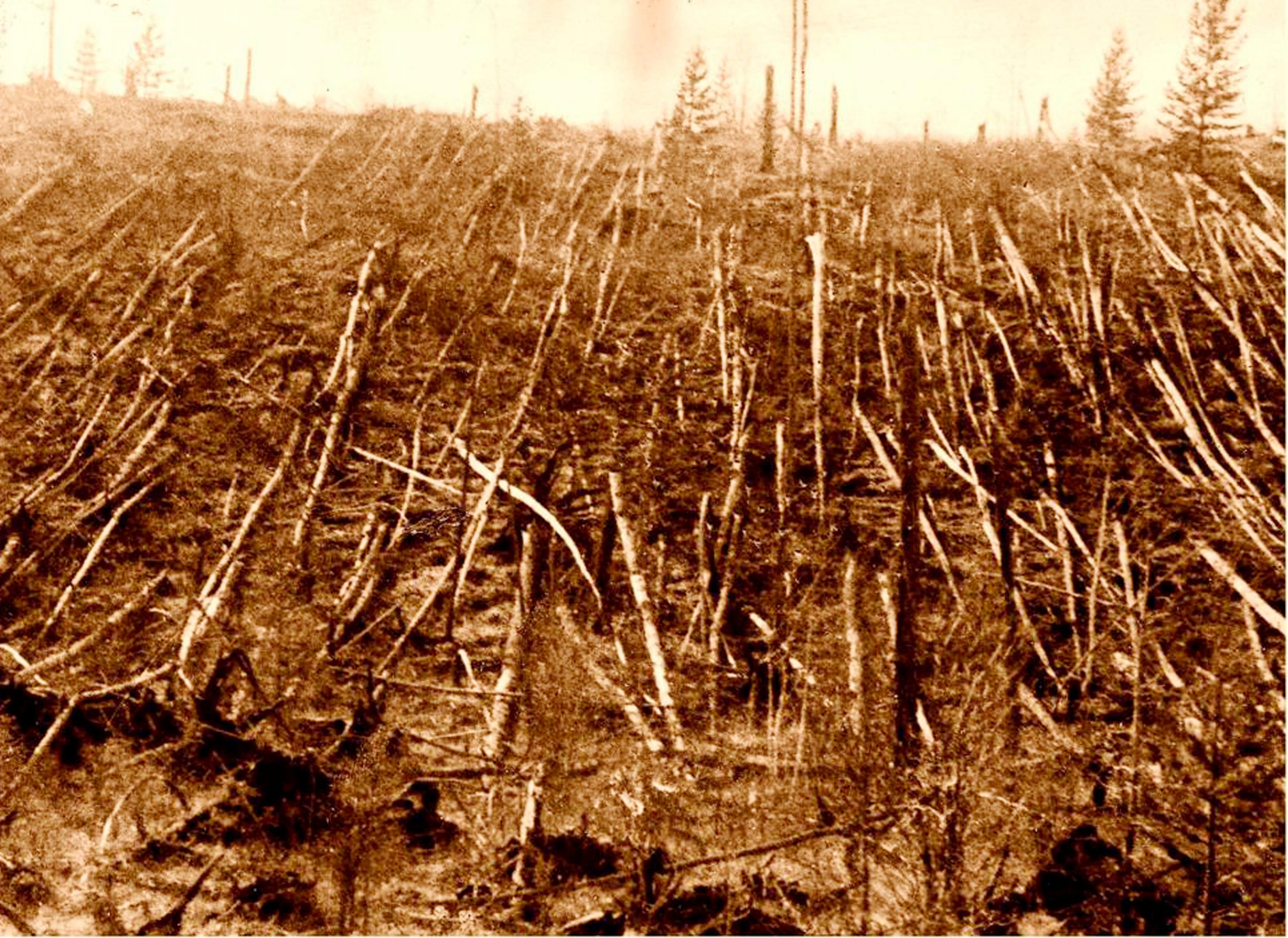 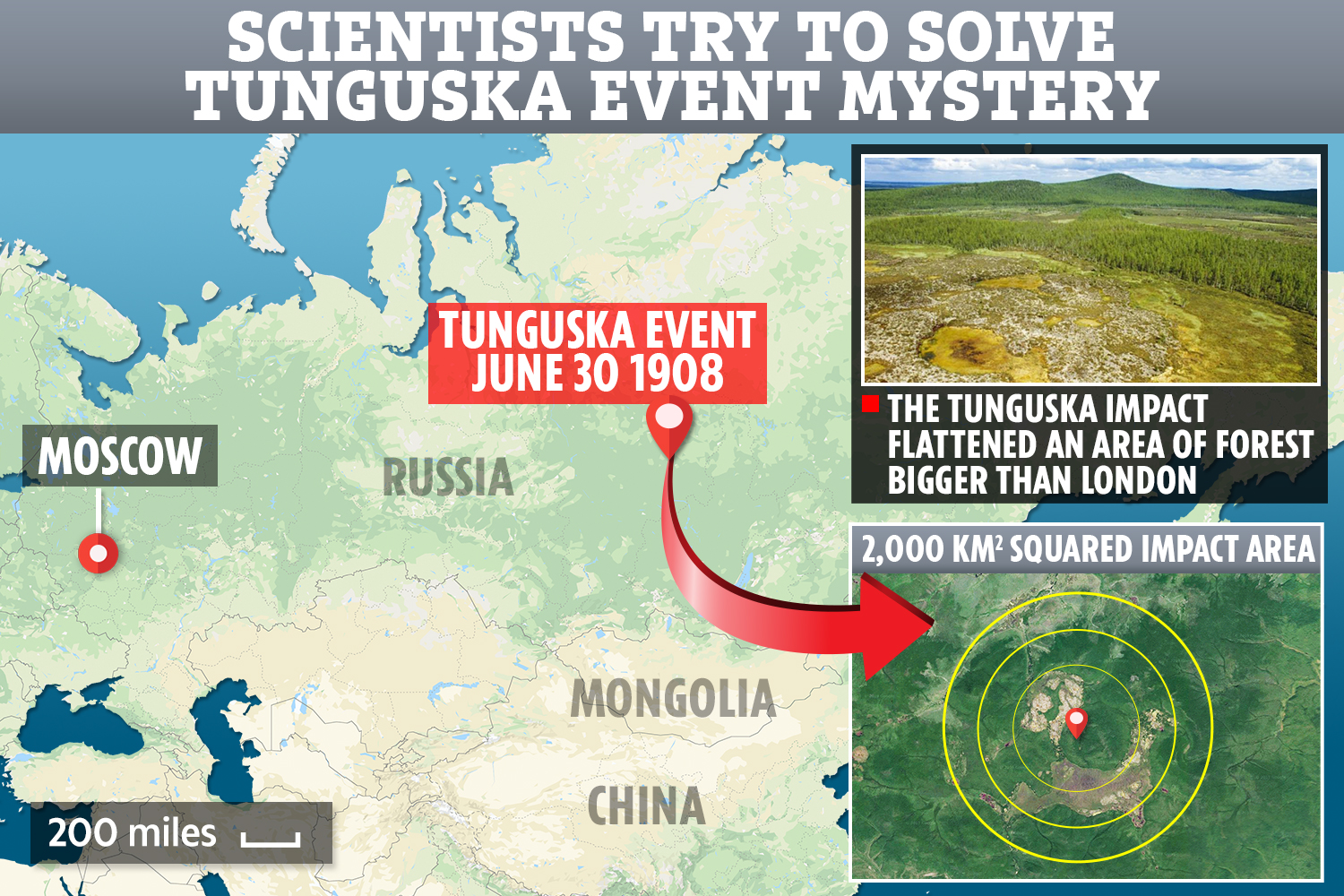 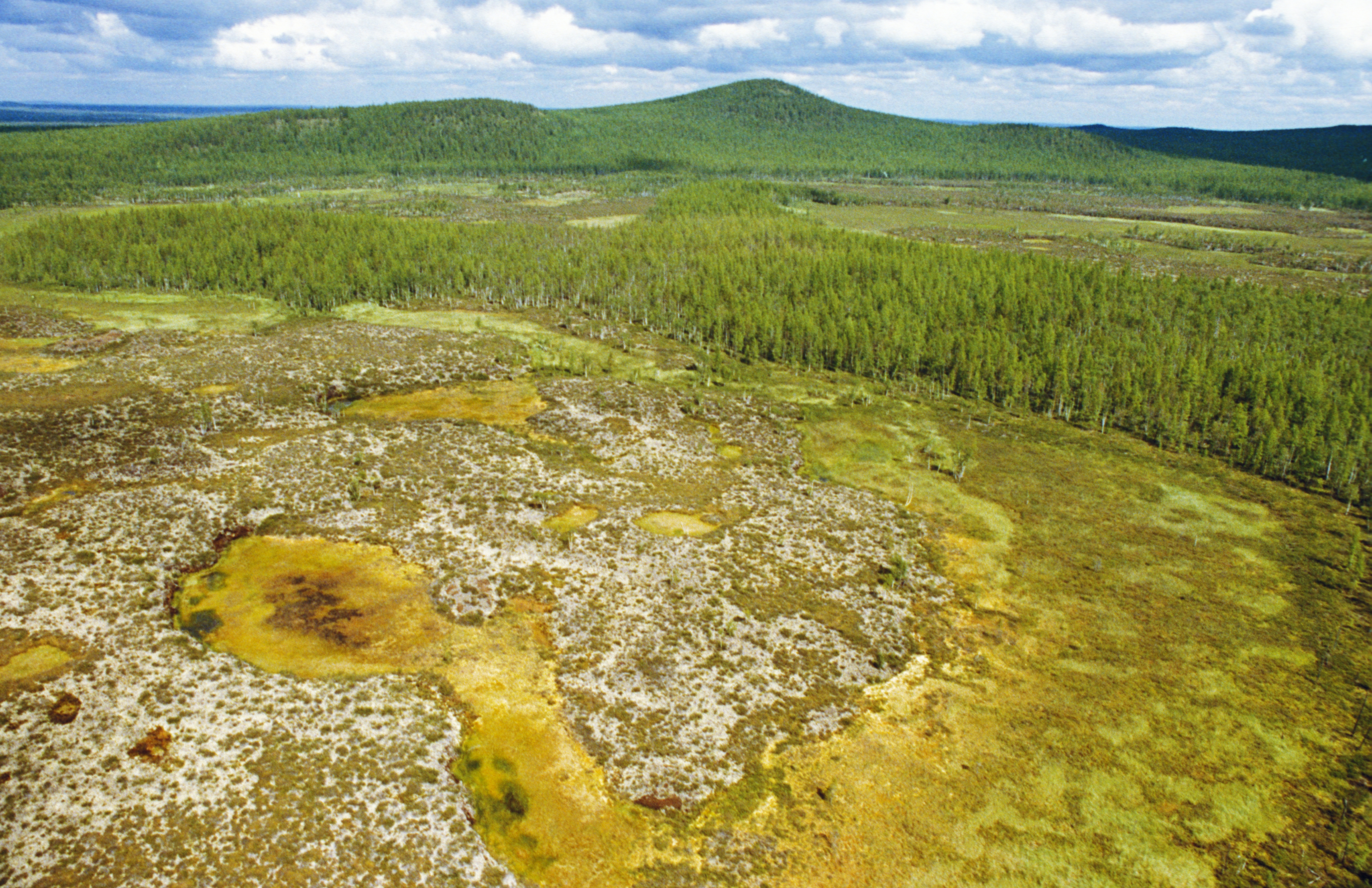 Scientists initially thought that a meteorite smashed into Earth in 1908 and flattened an area bigger than London.

They know that the explosion destroyed 80 million trees in an instant.

Fortunately, no one was killed by the event that occurred over the Podkamennaya Tunguska River in Russia but large areas of forest were obliterated and the resulting shock waves threw people into the air over 40 miles away.

The problem is that the meteorite was never found but the traces of an extremely powerful explosion remain today. 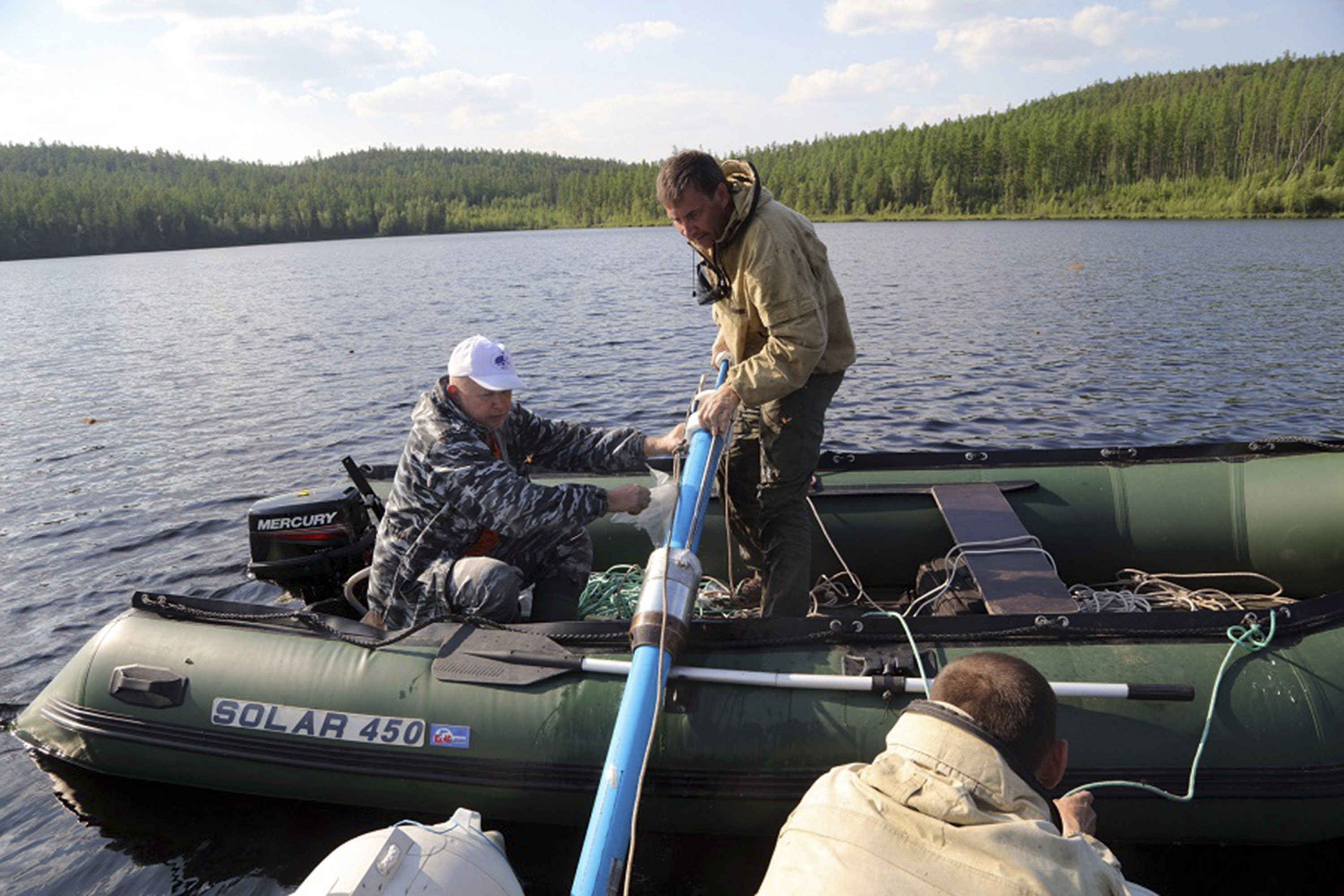 Experts also continue to dispute whether or not there is an impact zone as some regard it as Lake Cheko while others think the meteor could have evaporated in the air.

The scientists working on this current project think their answers may lie beneath lakes in the area and their surrounding sediments.

Dr Arthur Meidus, deputy director to Tunguska Nature Reserve told The Siberian Times: "The mystery of the Tunguska Catastrophe worries both the scientists and the public.

"The meteorite is not here as a physical body, but the traces of the extremely powerful explosion are, which is what is currently studied by researchers.

"Many of us still hope to unravel the scenario of 1908 disaster." 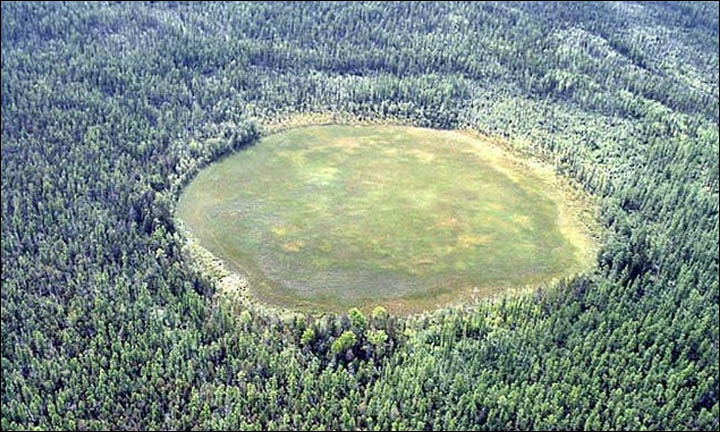 To carry out their investigation the scientists went to remote Lake Zapovednoye, which is said to be 40km away from the epicentre of the aerial explosion.

Dr Meidus explained: "Although this lake is outside the territory that was affected in 1908, it is of great interest.

"It is deep, and silty sediments, that have accumulated here, do not mix, or subside."

This was useful for the scientists because it meant the sediments are separated into time periods and can reveal previous changes to climate or information regarding catastrophic events.

He added: "Spring-autumn waste waters and the Lakura River brought traces of the Tunguska catastrophe to this lake, because the event was accompanied by massive wildfires and emissions of both planet and space origin."

The scientists aimed to spot particles of extraterrestrial origin in the old sediment layers so they could confirm a meteorite impact. 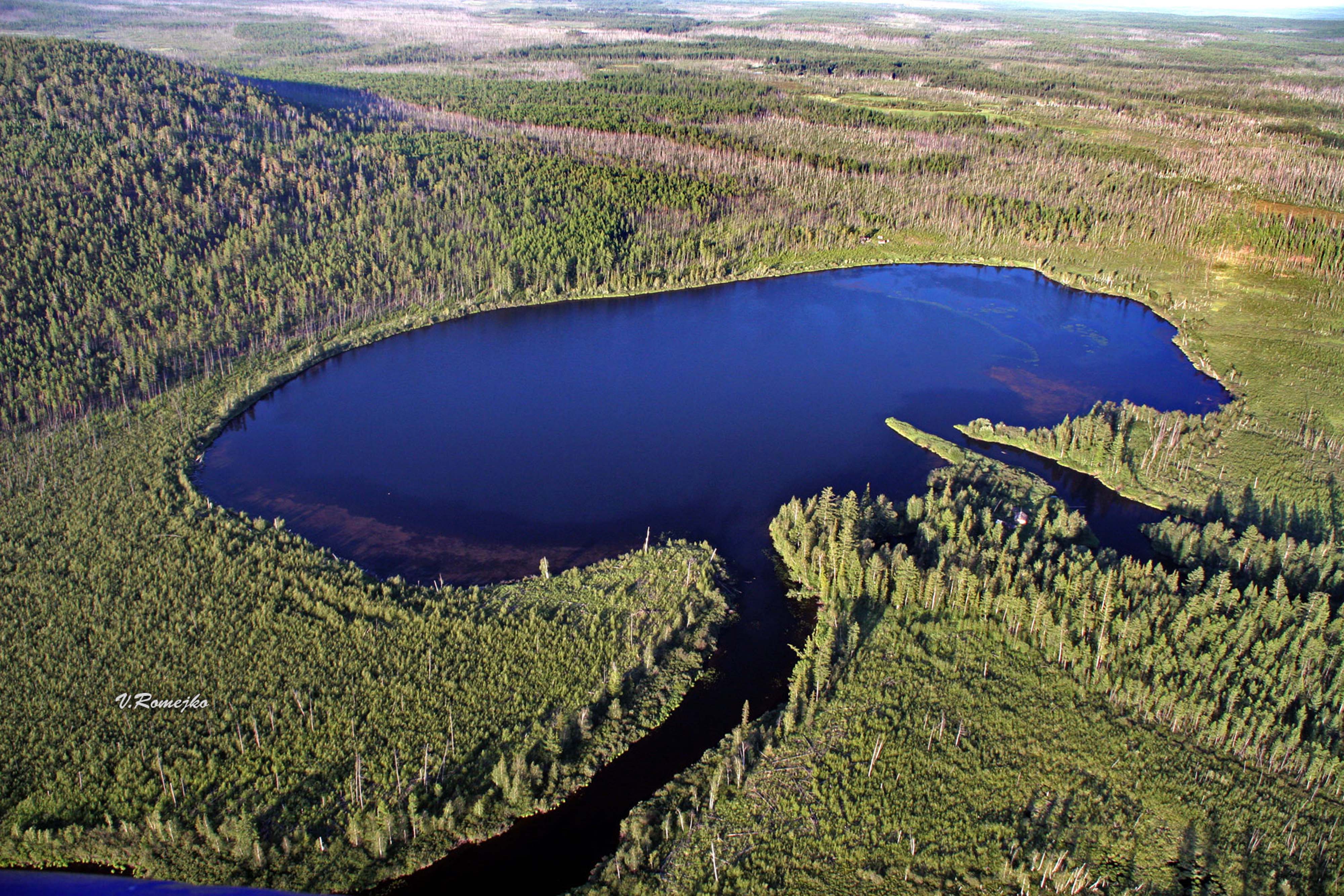 Meidus said: "We discovered a distinguishing light-coloured layer in sediments of Lake Zapovednoye the content of which – an increased content of potassium, titanium, rubidium, yttrium, and zirconium – allows to tie it to the consequences of the Tunguska bolide explosion.

"This way we know which layer of sediments might contain particles of extraterrestrial origin.

"We established the indicators, that is search criteria, during work with samples of the Chelyabinsk and Sikhote-Alin meteorites.

"The next stage implies search for micro-particles with unusual composition with the use of synchrotron radiation.

"Now we know where to look for them. If there is extraterrestrial substance, it will be in the 1908-1910 layer."

What is a meteor shower?

In other space news, scientists think they've found the first known ‘alien’ protein ‘unlike anything on Earth’ inside a meteorite.

And, the biggest explosion since the Big Bang has been detected by astronomers.

Do you believe there is alien life out there? Let us know in the comments…