The U.S. government is looking for answers regarding security readiness leading up to the Capitol Hill attack on Jan. 6, and Sen. Ron Johnson, R-Wisc., told “Sunday Morning Futures” it’s likely officials were caught off guard.

“There was really no suspected harmful activity,” Johnson said. “People really were caught by surprise. This was not predictable. This was not foreseeable as the House managers continue to talk about. I just don’t believe it was.”

Even though the senator suspects the attacks came as a surprise, he mentioned there have been conflicting reports on what the FBI knew – one branch reportedly receiving “pretty disconcerting warnings” beforehand.

Johnson said he sent a letter on Jan. 21 to the former and active sergeants of arms, in the House and Senate, but has yet to receive a response. 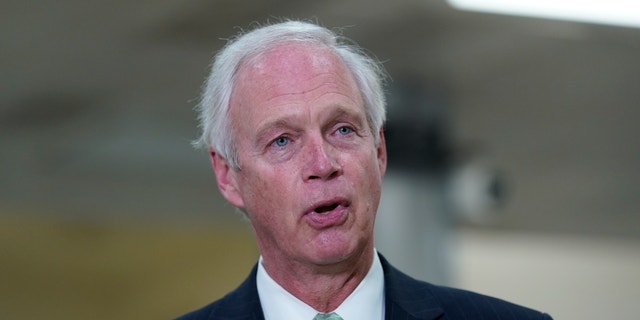 “Right now, we’re going to be going into that hearing with what we’ve read in the newspaper,” he said. “We don’t have the base of information I would like to have before I would go into a hearing… I’m hoping we start getting some information from the people that were actually there and we get a full accounting of what actually happened.”

The senator said he expects there to be a follow-up hearing taking into account the lack of primary information.

Johnson also denied claims that the Capitol siege was an armed insurrection and confirmed the GOP condemns any and all violent behavior in that manner.

He argued there’s no reason to physically barricade and heavily guard the Capitol, and blamed Democrats for furthering a narrative of fear.

“It is really meant to create a narrative that 74 million Americans who supported and voted for President Trump are suspected domestic terrorists or possible armed insurrectionists that the capital needs to be protected against,” he said. “I don’t think anything could be further from the truth.”