Sen. Tim Scott blasts COVID relief bill passed by Senate: 'If you don't need help, you shouldn't get it 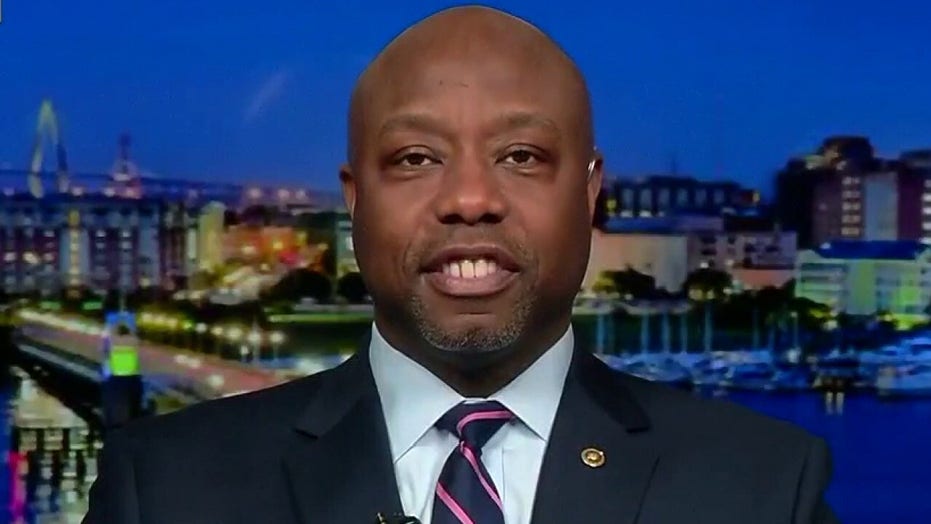 Scott joined “Fox News Primetime” to address the COVID-19 stimulus bill that passed the Senate over the weekend, describing it as a “progressive payment plan” for “cities, states and prisoners.”

SEN. TIM SCOTT, R-S.C.: California, that is predicted to have a $19 billion surplus, gets $40 billion out of the fund of $350 bllion set aside for states who need help. If you don’t need help, you shouldn’t get it. And why is the taxpayer, or why are all taxpayers funding and subsidizing blue states that have surpluses? … Less than 10% [of this bill] goes to COVID relief. In other words, as Bernie Sanders said it, this is the most progressive piece of legislation to pass the Senate since he’s been a senator. That says a lot when you make Bernie Sanders blush over progressive policies.

If you think about the fact that unemployment [aid] is going to be extended through September, even though just this week we added 379,000 jobs and our unemployment rate went down; if you think about the fact that they’re literally going to cut a check to new parts of the American economy because they can … oh, by the way, this is the only relief bill that was purely partisan. Not a single Republican in the Senate voted for it. The five previous relief bills under [a] Senate Republican majority, 90-plus senators voted for all of them … That’s bad for the American taxpayer.

What the Democrats want to do is codify a law allowing a 16-year-old to vote, not an 18, but a 16-year-old. They’re looking for ways to transform the way that we vote in this nation. We should stand strong for things like voter ID, eliminating or reducing the amount of mail-in ballots. We should find ways to focus on states’ responsibilities for voting, not nationalising voting.