White House correspondent Peter Doocy reports on the President Joe Biden’s speech and agenda on day one of the new administration.

The Senate voted to confirm Avril Haines as director of National Intelligence, making her the first woman in history to lead the intelligence community.

Haines had her confirmation hearing before the Senate Intelligence Committee Tuesday and vowed to “set a strategic vision” for the intelligence community to ensure that the U.S. is “well postured to address developing threats and take advantage of new opportunities as they arise.”

Haines, under the Obama Administration, served as a principal deputy national security adviser and as a deputy director at the CIA—she was the first woman to hold both positions.

Haines said under her leadership, she would ensure that the intelligence community “has the capacity to understand, warn, protect and defend the United States against the threats we face,” and pointed to a number of threats — ranging from “traditional state actors” to “evolving” transnational threats like “climate change, cyber attacks, terrorism, global organized crime and corruption, disinformation campaigns and more.” 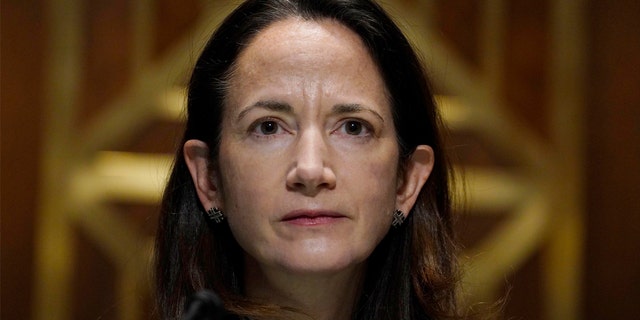 “We should provide the necessary intelligence to support long-term bipartisan efforts to out-compete China — gaining and sharing insight into China’s intensions and capabilities, while also supporting more immediate efforts to counter Beijing’s unfair, illegal, aggressive and coercive actions, as well as its human rights violations, wherever we can,” Haines testified.

US COUNTER-INTEL CHIEF WARNS BIDEN ADMIN OF CHINA’S MALIGN FOREIGN INFLUENCE: ‘ONE OF THE BIGGER CHALLENGES’

The Biden Transition had urged the Senate to confirm the president’s key national security nominees by Inauguration Day.

By former President Trump’s inauguration in 2017, his secretaries of Defense and Homeland Security had been confirmed.