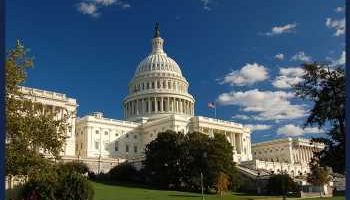 After days of intense negotiations, Senate leaders and White House officials have finally reached an agreement on a $2 trillion fiscal stimulus package intended to provide economic relief during the ongoing coronavirus pandemic.

Senate Majority Leader Mitch McConnell, R-Ken., and Senate Minority Leader Chuck Schumer, D-N.Y., announced the deal in the early morning hours on Wednesday, with a vote on the bill expected later in the afternoon.

“At last, we have a deal. After days of intense discussions, the Senate has reached a bipartisan agreement on a historic relief package for this pandemic,” McConnell announced from the Senate floor.

McConnell described the bill as a “war-time level of investment” in the country, providing financial assistance to individuals and companies.

Schumer said the bill also includes “unemployment compensation on steroids,” expanding eligibility to self-employed workers and increasing the maximum benefit by $600 a week for four months.

“Like all compromises, this bill is far from perfect, but we believe the legislation has been improved significantly to warrant its quick consideration and passage,” Schumer said.

He added, “And because many Democrats and Republicans were willing to do the serious and hard work, the bill is much better off than where it started.”

Schumer also claimed the final bill would provide increased oversight of a proposed $500 billion corporate bailout fund, which had been a key sticking point among Democrats.

Democrats blocked the bill earlier this week amid complaints that the legislation did too much to bail out companies and not enough to provide assistance to workers.

The bill also reportedly includes $130 billion in funding for hospitals as well as $150 billion for state and local governments.

The Senate could pass the bill as soon as today, although the stimulus package would still need to be approved by the Democrat-controlled House before heading to President Donald Trump’s desk.

In a statement, House Speaker Nancy Pelosi, D-Calif., said the renegotiated bill “takes us a long way down the road in meeting the needs of the American people.”

“House Democrats will now review the final provisions and legislative text of the agreement to determine a course of action,” Pelosi said.

The bill is designed to provide significant relief from the economic fallout of the coronavirus pandemic, which has forced the shutdown of large parts of the economy and the country.