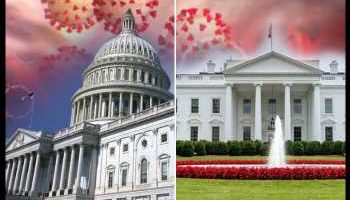 The Republican-majority Senate unanimously approved the measure with all 96 members present voting in favor late Wednesday. The Bill is expected to pass through the House on Friday, and President Donald Trump said he won’t delay signing the fast-tracked bill once it passes the Congress.

Speaking ahead of the final vote, which was delayed by a dispute between Republican and Democratic senators over unemployment benefits, Senate Majority Leader Mitch McConnell said, “Our nation is obviously going through a kind of crisis that is totally unprecedented in living memory”.

He described the bill as a “war-time level of investment” in the country, providing financial assistance to individuals and companies.

The Bill would provide increased oversight of a proposed $500 billion corporate bailout fund, which had been a key sticking point among Democrats.

It also reportedly includes $130 billion in funding for hospitals as well as $150 billion for state and local governments.

The coronavirus disaster aid bill, the largest economic stimulus in U.S. history, comes at a time various government agencies are attempting to contain the COVID-19 outbreak as schools, businesses and public events in the country are closed or canceled.

COVID-19 death toll in the United States has crossed 1000, and more than 70,000 people have been infected with the virus.