Sheriff says weapon fired by Baldwin had a live round

NewYork (CNN Business)A version of this article first appeared in the “Reliable Sources” newsletter. You can sign up for free right here.

One week after the accidental shooting that killed “Rust” director of photography Halyna Hutchins, one question looms largest: How did a live bullet get into the gun that Alec Baldwin fired?
When CNN’s Anderson Cooper asked that question on Wednesday night, Santa Fe County Sheriff Adan Mendoza said, “Right now we can’t determine exactly how that live bullet got into the firearm. That’s going to be the basis for further investigation. We need more interviews. And that’s going to be the million-dollar question: How the live round ended up in the revolver that Mr. Baldwin fired.”

There is also a longer-term question: Will all of the attention about the on-set shooting lead to reform?

CNN correspondent Josh Campbell, who has been covering the story in Santa Fe, tweeted: “Intense media coverage of the Alec Baldwin shooting is spotlighting the danger production staff and actors face when bosses cut corners on safety. One important byproduct of the coverage may be improved working conditions for entertainment professionals on sets around the world.”

Campbell raised this subject in an interview with Santa Fe district attorney Mary Carmack-Altwies. She called for stricter safety measures in film and TV production.
“I wish that it wouldn’t have happened, but obviously safety standards must improve and so if that were to come out of this tragedy, that’s a good thing,” Carmack-Altwies said. “We just wish that it hadn’t needed a tragedy to make those safety standards become more important.”
Asked if the industry needs greater government oversight to avoid a similar situation from happening again, Carmack-Altwies said that she would leave that decision to legislators and the governor, but that she would support New Mexico Gov. Michelle Lujan Grisham if she were to call for stricter measures. 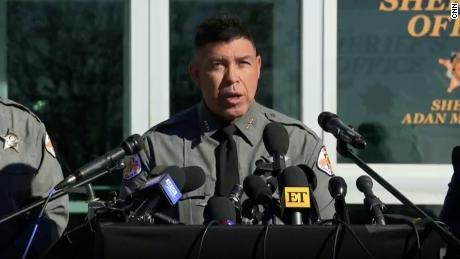 “We have seen the worst case scenario and it seems like there were multiple levels at which that could have been avoided,” she said. “And so I would certainly encourage and will stand behind the governor if she seeks out stricter oversight, stricter guidelines, and policies.”
The “Rust” shooting has rekindled conversations in the entertainment industry about possibly putting an end to real guns on sets.
Variety, a leading entertainment news source, said it bluntly in a headline: “Real guns aren’t needed on film and TV sets, experts say, amid calls for a permanent ban.”

“The Alec Baldwin shooting has some people calling for only computer-generated gunshots,” but it’s “not as easy as it sounds,” Steven Zeitchik wrote in the Washington Post. He says “many directors have long preferred the sight of real guns firing, which they believe looks better and keeps viewers more invested in their story.” New tech is changing that, but “the productions with the least experienced staff to guard the guns, like the low-budget ‘Rust,’ are also least likely to be able to afford pricey effects.”
CNN’s Josh Campbell and Claudia Dominguez contributed reporting.
Source: Read Full Article