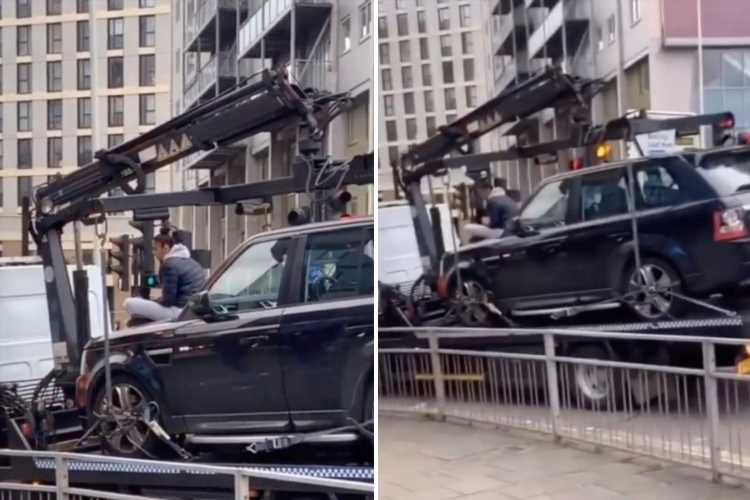 DRIVERS often go to extreme lengths to stop their car being towed.

But one motorist has gone above and beyond by sitting on top of their vehicle as it's placed on the back of a tow truck. 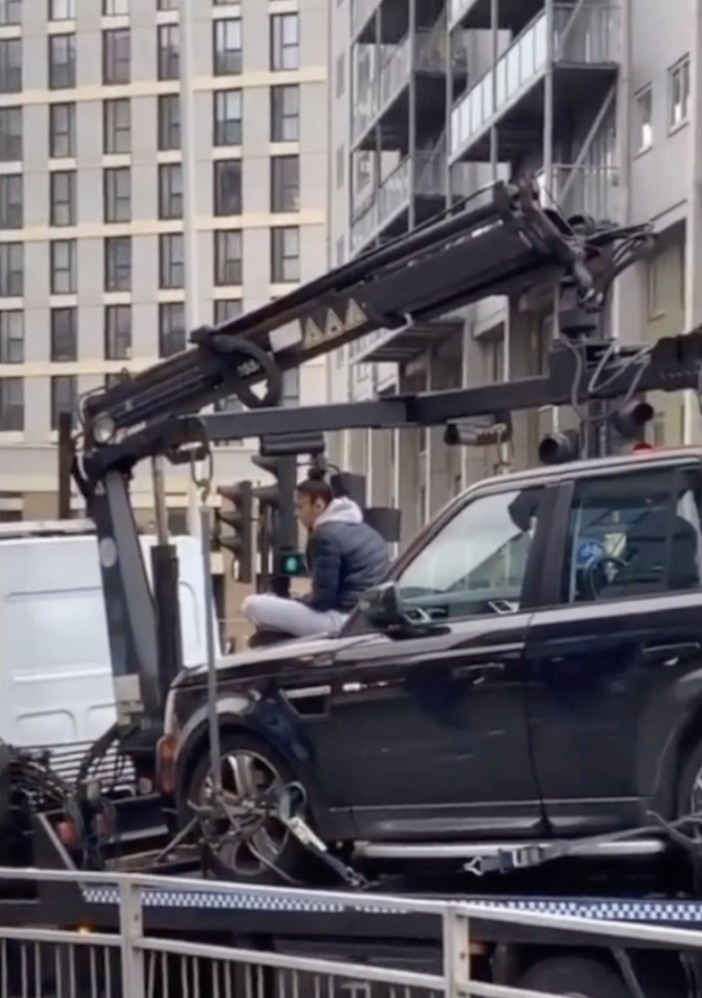 Shocking footage shows a woman sitting on the bonnet of her Range Rover in a desperate attempt to stop police towing away her luxury vehicle.

Officers seized the expensive model after they found it was uninsured in Ilford, east London, earlier this week.

The young driver defiantly sits on the car despite it being raised onto the flatbed truck.

It's not known if she was further penalised for obstructing the police attempt to claim her car. 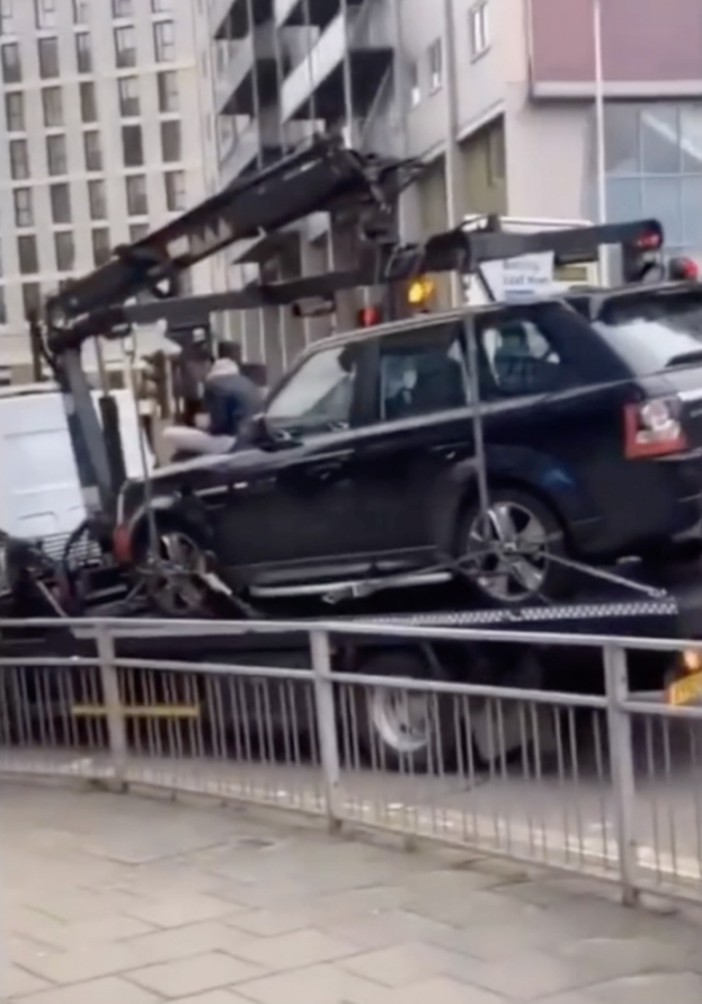 The man who captured the incident said: "Man said the Feds try to take car.

"She’s really not having it bro.

"No insurance who fam, you’re not taking my whip (slang term for car)."

Social media users have been quick to blast the dangerous attempt to secure her car, with one saying: "How she having a Range and no insurance I ain’t got any sympathy for her.

Another joked: "When you love your car so much but can’t afford to pay the insurance and monthly payments."

Car insurance is a legal requirement in the UK to help protect the driver and any other road users. 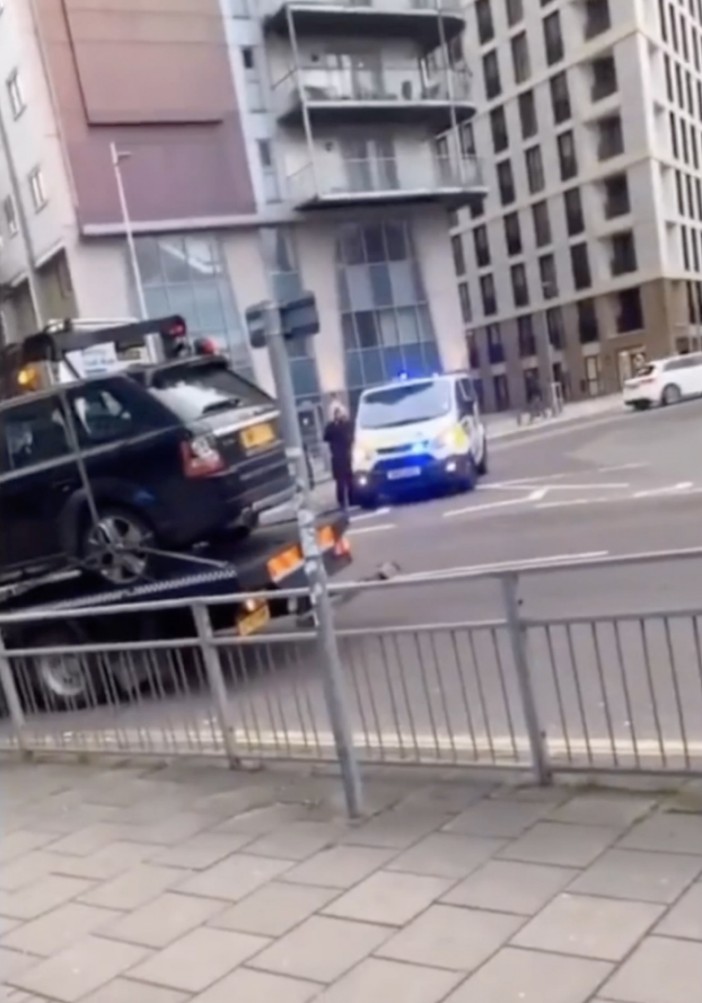 Anyone caught without insurance can be hit with a £300 fine and can get six penalty points on their licence.

Extreme cases could spark an unlimited fine and the driver being disqualified from driving.

Last year, a Lamborghini driver had his supercar seized after he used it to pick up his other uninsured motor.